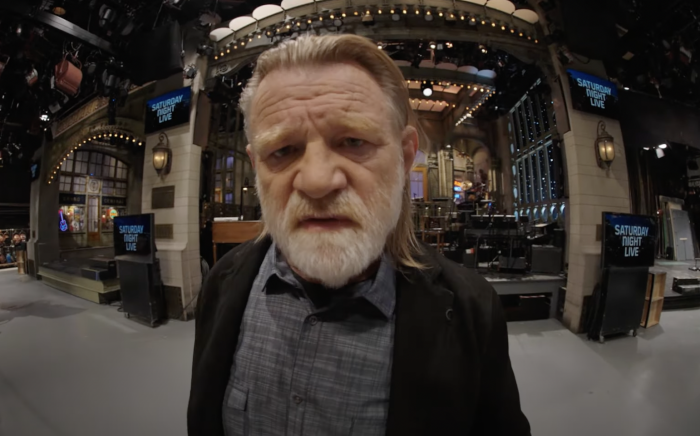 Saturday Night Live returned last weekend with four new cast members, eight subtractions, and one of the best cold opens in recent memory. Otherwise, it was mediocre to bad, although there were some flashes of potential (particularly in Michael Longfellow’s “Update” segment).

The show comes back again this weekend with host Brendan Gleeson, who is out promoting The Banshees of Inisherin. We don’t often run SNL promos, because SNL promos usually aren’t worth running. The host and maybe the musical guest stand with another cast member or two and they make silly forgettable jokes, and if you’re lucky, Kenan will cue up a great reaction shot.

But this? This is different. This is Brendan Gleeson, a 67-year-old Emmy winner, shredding it. “Up yours, copper.”

Gleeson will host this weekend with musical guest, Willow. Banshees of Inisherin opens on October 21st.


← Christian Bale: Making Thor Was the 'Definition of Monotony' | Trevor Noah Breaks Down The Many Lies Of Herschel Walker →