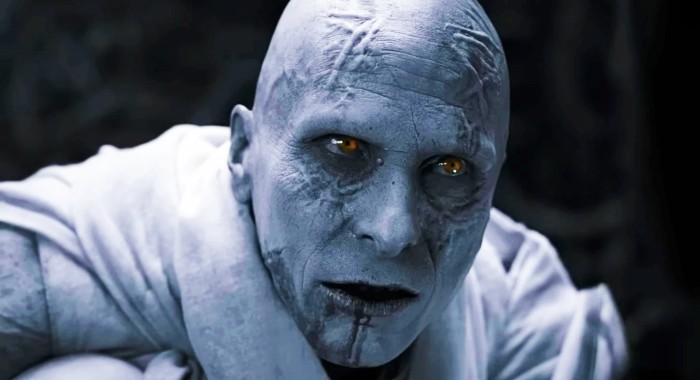 Christian Bale Says Making ‘Thor: Love and Thunder’ Was the ‘Definition of Monotony’

Right up front, this isn’t one of those “Mike’s mad somebody made a snotty remark about Marvel” thing. Quite the opposite. In a new cover interview for GQ, that’s fascinating as hell, Christian Bale was his normal blunt and self-deprecating self, and that held true when it came time to talk about his recent role in Thor: Love and Thunder. Despite starring in Christopher Nolan’s The Dark Knight Trilogy, making an MCU movie is an entirely different beast and very different from Bale’s roles as of late. Long story short, he was not a huge fan of the green screen process, which he mostly chalked up to his own shortcomings. Basically, it was just the right touch of cantankerousness. (GQ)

Full Disclosure: I’m a dumbass. A top-grade moron. So as much as I believe Angelina Jolie’s allegations about Brad Pitt, I’ve had this nagging thought about why they’re coming up in a court battle over the sale of a winery instead of, say, a custody hearing. Fortunately, Lainey broke down the timeline, and Pitt only has himself to blame for this mess. (Lainey Gossip)

Much like the Try Guys, if I have to know about… *checks notes*… “linewives” and “bucket bunnies,” so do you. It’s fun reading this column, isn’t it? (Dlisted)

Kamala Harris was riding in a Secret Service SUV that got in a strange accident yesterday that disabled the vehicle. An accident that the agents involved never told their superiors about until a TikTok video went viral. Really comforting stuff for the VP. (Mediaite)

If you’re like me and have been digging the hell out of Lord of the Rings: The Rings of Power, which seems to have really hit its groove, here’s a great interview with the showrunners on the making of the first season and how they convinced the Tolkien estate to thankfully go with them instead of the goddamn Russo Brothers. (THR)

I forgot to link this the other day, but fortunately, this story is starting to go wide. Dr. Oz may have killed a bunch of dogs in medical experiments. Please tell all of your animal-loving friends and family in PA. (CNN)

as a Floridian, this made me scream lmao pic.twitter.com/LjjqYHteG5


WandaVision’s Emma Caulfield Ford is locked in for the Agatha: Coven of Chaos spinoff. Fire those theories back up. (Deadline)

McDonald’s employees are begging people to stop ordering the Adult Happy Meals, for the love of God. (Kotaku)


"And what happens when you throw teen angst and a time-stealing immortal into the bubbling historical cauldron of nowhere, Massachusetts?" KM Bezner says you get the excellent YA graphic novel Stars, Hide Your Fire by Kel McDonald and illustrated by Jose Pimienta. (Cannonball Read 14)

It’s officially over: the Virginia Beach court ruling that found the statute used against Gender Queer to be unconstitutional wasn’t appealed by the deadline, so the judgment stands. Thanks again to you all for supporting our work defending the book in this important case! /jt pic.twitter.com/suVEZpBh2d