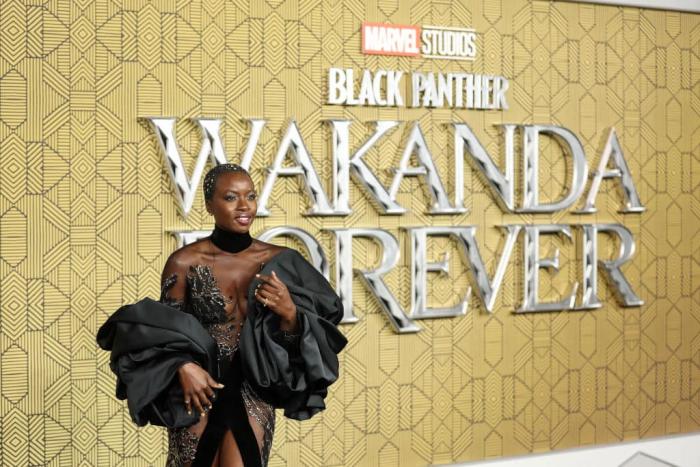 Box Office Report: I Wakanda Be Where the People Are

It was a quiet weekend. Christmas is just around the corner. James Cameron is set to force us all back to Pandora. So, everyone else is enjoying a period of quiet until then. I do crave some peace this month. It’s cold, dark, and you never know when you’re going to be jumped by an impromptu blasting of Live Aid or Wham.

A quiet week means that Black Panther: Wakanda Forever comfortably stayed on top this past weekend. In its fifth week in the number one slot, it grossed an extra $11.1 million, bringing its domestic total to over $409.8 million. The worldwide gross is currently at $767,810,778. That’s enough for it to leapfrog over Thor: Love and Thunder to become the sixth highest-grossing film of 2022 so far. It’s only about $3 million away from beating The Batman. Can it get to $1 billion, especially with Avatar on the way?

One thing that Avatar: The Way of Water has over this year’s Marvel titles is a scheduled release in China. The Chinese government has been blocking a lot of Hollywood titles from the country, often for seemingly arbitrary reasons. But Avatar is a weirdly huge deal in the nation. A recent re-release of the first film there brought in a hefty amount of cash and allowed Cameron to snatch back the title of the highest-grossing film of all time from Avengers: Endgame.

Perhaps the most notable release of the weekend was The Whale, Brendan Fraser and Darren Aronofsky’s drama. The A24 film made an impressive $360,000 from six theaters. The movie has received a weirdly scant marketing campaign from the indie giants, perhaps because of the subject matter. But the wave that is the Brenaissance has real force behind it. The real question is whether or not it can hold onto those strong commercial numbers once it opens wide. Few awards favorites this season have managed to achieve real financial success.

By total contrast, we have The Mean One, a Grinch horror film that reminds us of the beauty of the public domain. It debuted at number 15 with $188,523 from 162 theaters. It did better than Empire of Light, the latest Sam Mendes drama. That one opened on the fall festival circuit with a bit of a thud, with middling reviews and instantly deflated Oscar buzz. Searchlight distributed it but after a $160,000 opening from 162 venues, don’t expect a major rollout. Sorry, Olivia Colman.

This week sees the release of Avatar: The Way of Water. Brace yourselves.


← Ben Affleck, No, That's Your One True Love! | Elon Musk Roundly Booed During an Awkward Onstage Appearance at a Chappelle Show →