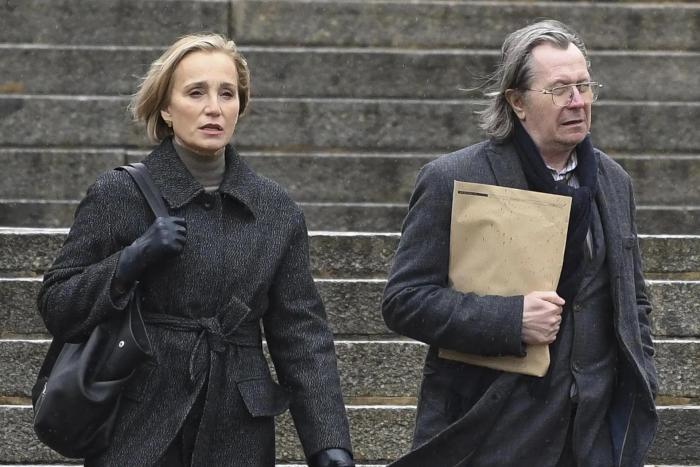 Are You Looking for a Good Television Mystery?

There are a number of excellent television mysteries currently airing on streaming platforms or broadcast networks, so there should be at least one for every mystery enthusiast, depending on your mood and sensibilities.

If you are looking for a dark mystery, check out the Criminal Minds reboot, airing weekly on Paramount+. This season follows a network of serial killers operated by what appears to be a normal, suburban husband and father (Zach Gilford), but who is actually the mastermind of a cult of serial killers assembled during the pandemic. Prior knowledge of Criminal Minds is not necessary (although, it doesn’t hurt), but if you like your murders gruesome but your characters likable, you can’t go wrong with this series.

If you prefer excellent acting, strong spy work, and possess a healthy distrust of the government, Slow Horses on Apple TV+ is perfect. It is based on a series by British mystery author Mick Herron, is set in London, features an all-British cast, and doesn’t stray too far from the British spy series formula. The show stars Gary Oldman as the head of a spy unit made up of broken toys and has-beens. It is an often intense series, but it’s broken up by moments of levity that make it impossible not to invest in the characters. That’s bad news because Slow Horses is also a series where the characters — save for Oldman — have very little plot armor. It’s a tense, suspenseful, and occasionally fun espionage thriller that just kicked off its second season. The first season, however, was only six episodes, so it won’t be hard to catch up.

If cozy Canadian mysteries are more your bag, give Prime Video’s Three Pines a shot. Based on the Chief Inspector Armand Gamache series from mystery novelist Louise Penny, Three Pines falls more into the category of whodunit, with a season-long arc centering on missing Indigenous women. Alfred Molina anchors the series as the perfect Inspector Gamache, and as Jen notes, the tone is fairly light and the characters occasionally on the small-Canadian-town quirky side reminiscent of Twin Peaks. The tone, however, is more in the vein of Canadian Poirot. It’s engrossing and smart.

Finally, if the writing is less important than the actors’ level of attractiveness, give ABC’s Big Sky a shot, and don’t hesitate to start in the current third season now that Jensen Ackles is a regular cast member. The storylines are mediocre, at best, but the characters are great fun, and Ackles, Katheryn Winnick, Kylie Bunbury, and Luke Mitchell are also fun to look at. Watching Reba McEntire play a killer this season has also been a blast.


← The Problem with 'Yellowstone' Isn't the Nonexistent Plot, It's the Static Characters | Libraries Across The Nation Confirm Kirk Cameron Is Still A Loser →