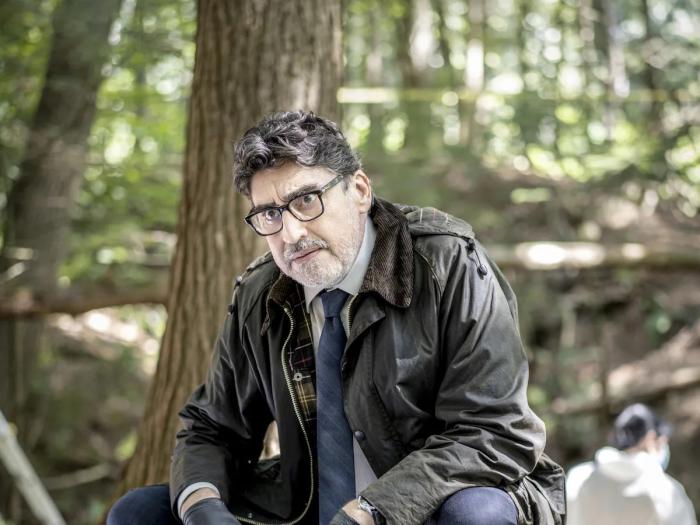 Three Pines follows Chief Inspector Armand Gamache (Alfred Molina) as he solves mysteries in the tiny, Quebec town of Three Pines. The darker mystery that seems likely to span all eight episodes involves The Missing and Murdered Indigenous Women and Girls (MMIWG) Movement. In the first episode, Inspector Gamache is asked by a grieving family to help find Blue Two-Rivers, a young mother who has been missing for over a year.

Based on these first two episodes, Three Pines is going to be a comforting serving of poutine with a splash of social justice hot sauce all over it. The role of Chief Inspector Gamache seems like it was written for Alfred Molina and his deep, expressive eyes. He is a thoughtful and empathetic character with a strong moral code that leads him to say things like, “Men who sleep around don’t respect their wives. They steal their time.” His empathy is also how he is drawn into the Two-Rivers case despite a lack of evidence indicating foul play and against everyone’s better judgment at The Sûreté du Québec.

The town of Three Pines is similar to Twin Peaks; Gamache and his team are surrounded by quirky, semi-tragic characters isolated in the Eastern Townships of Quebec. Instead of Lynch’s Log Lady there’s Ruth Zardo (Clare Coulter,) the town poet, whose pet duck accompanies her everywhere. 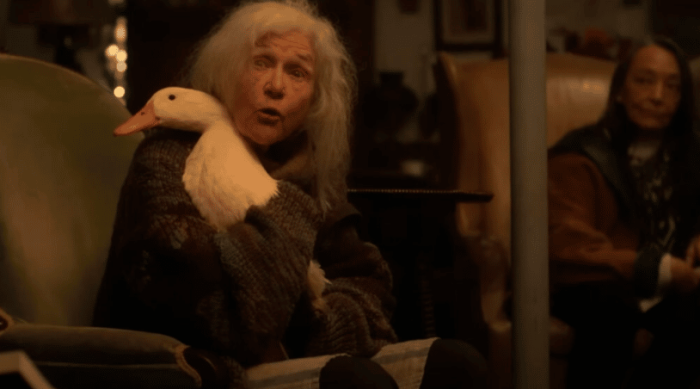 Everyone in the small, sleepy village is hiding something from their past. Their stories intertwine in ways that will be revealed over the course of the show. The town’s proximity to the Iotenen’ton:ni Mohawk community where Blue Two-Rivers lived means that Chief Inspector Gamache, Inspector Jean-Guy Beauvoir (Rossif Sutherland), and Sergeant Isabelle Lacoste (Elle-Máijá Tailfeathers) can spend time on their assigned cases and also on helping the Two-Rivers family in a semi-official capacity. This seems to be the only way cases involving missing indigenous women are investigated.

Over the first two episodes, we are cofronted by law enforcement’s failures and the grief of the missing women’s families through protests and the artwork on display in Three Pines’ “Be Calm” cultural center where Tantoo Cardinal’s character, Bea Mayer, curates a collection of paintings featuring the MMIWG red palm and an interpretation of Canadian artist Jaime Black’s snow sculptures. 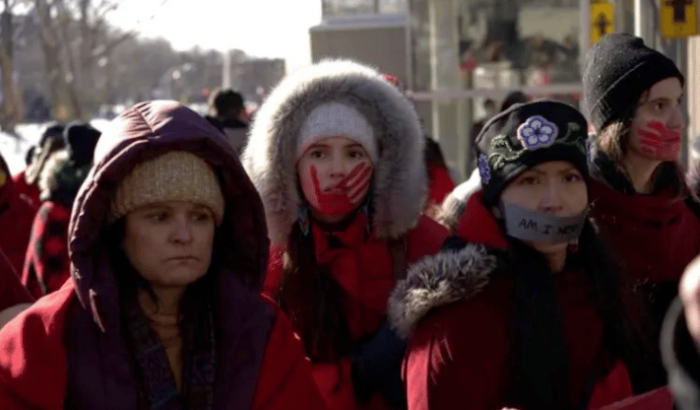 Something else that feels Lynch-y in all of this is how Gamache is haunted by visions of the missing woman. Blue Two-Rivers gives him enigmatic clues that help him understand the Three Pines case he and his team are pursuing. She shows up in his dreams, often accompanied by a blue jay, speaking in riddles that help him solve the murder of reviled town member CC de Poitiers. That’s the mystery that winds its way to resolution through the first two episodes. If David Lynch has taught me anything, it’s that tiny towns offer the best breeding ground for crime. I expect many more misdeeds will reveal themselves within the insular community.

Three Pines attracted me with promises of interrogating the larger picture of the MMIWG Movement and hooked me with the stellar casting of Molina, Tantoo Cardinal, and the other townsfolk who created an atmosphere of suspicion and paranoia right off the bat. The mystery is cozy enough for casual viewers and you may figure out whodunnit before the plot gets there. But the twists are carefully crafted to keep you guessing until it does.


← Matt Lucas Is Leaving 'The Great British Bake Off' | Anti-Qatar 2022: The Exceptional Tragedy of this World Cup →