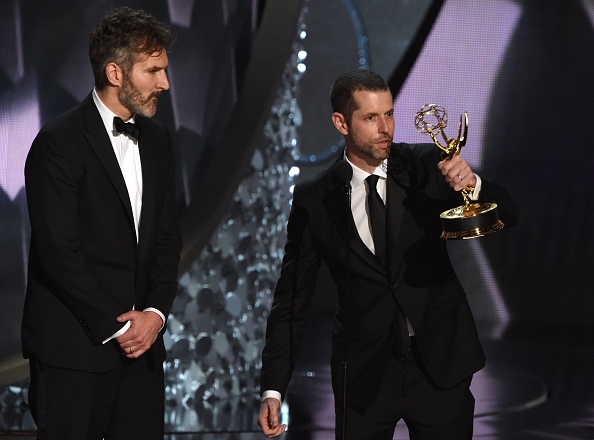 Details are beginning now to trickle out about the decision of David Benioff and D.B. Weiss to ditch their planned Star Wars trilogy for Disney. In the statement they released on Monday, Benioff and Weiss claimed that they were leaving Star Wars behind to focus on producing content for Netflix under their $200 million development deal. That’s accurate, but it’s not the entire story.

According to The Hollywood Reporters’ sources, the exit had been in the works since August, and there was already tensions between Lucasfilm head Kathleen Kennedy and Weiss/Benioff over their decision to sign on to Netflix, in part because of the pre-existing tensions between Disney and Netflix, and in part because Kennedy did not believe that Weiss/Benioff could create their promised trilogy while also working for Netflix. Netflix would apparently have required that they work exclusively on their sets, but they were also willing to wait until Benioff/Weiss were done with Star Wars.

Another reason, according to THR, is that Benioff and Weiss were wary about getting involved with another toxic fandom, after the experience they went through during the final season of Game of Thrones.

To go from Thrones to Star Wars, where fans have bullied actors off social media and taken aim at filmmakers like Johnson? “Who wants to go through that again? Not them,” notes another source with knowledge of Benioff and Weiss’ thinking. “This was in the ‘Life’s Too Short’ category.”

Whether forces internal or external were in play, Benioff and Weiss wanted out. “It was a hard quit,” says an insider.

Whatever one might think of the final season of GoT, that’s not an unreasonable concern, although Rian Johnson has been the biggest target of that toxic fandom, and he’s apparently brave enough to continue on with his planned trilogy, although that trilogy may or may not be dead. No one seems to know.

One other possible reason behind Weiss and Benioff’s decision to leave may have simply been that Kathleen Kennedy didn’t care for the idea they had for their trilogy. This comes from Variety:

Benioff and Weiss had ambitious plans to take the “Star Wars” universe in a new direction, one that would exist apart from the Skywalker family saga that comprised the franchise’s centerpiece nine-film series. The “Star Wars” period the pair was interested in exploring was how the Jedi came to exist. However, Lucasfilm executives and the creators begin to see their visions for the films diverge during meetings last summer.

After those meetings, apparently executives began hearing pitches from other writers, signaling that the Benioff and Weiss trilogy was no longer a done deal. Those pitch meetings took place over the summer. Benioff and Weiss signed with Netflix in August. It certainly sounds like the decision to sign with Netflix was also about a mutual disagreement between both parties about the future of the franchise, and in those disagreements, Kennedy is always going to come out on top. Weiss and Benioff jumped in their $200 million escape hatch.