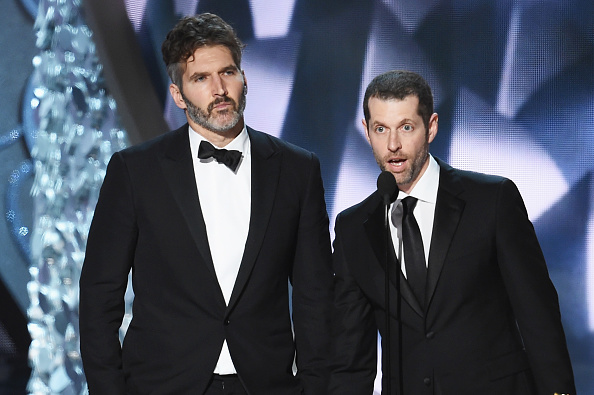 Game of Thrones co-creators David Benioff and D.B. Weiss announced yesterday that they are abandoning their plans to make a Star Wars trilogy for Disney. The duo said that they’re leaving the project to focus on the development deal with Netflix, which gave them $200 million to make series and film.

“We love Star Wars,” they said in a statement. “When George Lucas built it, he built us too. Getting to talk about Star Wars with him and the current Star Wars team was the thrill of a lifetime, and we will always be indebted to the saga that changed everything. But there are only so many hours in the day, and we felt we could not do justice to both Star Wars and our Netflix projects. So we are regretfully stepping away.”

How true is that really? We may never know. Maybe Disney soured on them after the poor reception of season 8 of Game of Thrones. Maybe they decided they didn’t want to work on another behemoth project that would occupy the next decade of their lives. Maybe Disney hated their ideas. Maybe they just really wanted to make TV shows for Netflix.

I’m sure it’s completely unrelated — and that stepping away had been in the works for a while — but it is worth noting that they attended a Q&A during the Austin Film Festival over the weekend, and a Twitter thread that cataloged the answers provoked a lot of … thoughts on social media yesterday. They told the Austin audience that they basically had no idea what they were doing when the got the gig, and sort of made it up as they went along, and did not really understand why George R.R. Martin decided to give them his life’s work. There were a lot of people who were appropriately taken aback by the fact that two white guys with no experience were given a massive project and, even after they completely botched the pilot, were able to essentially get a do-over.

In either respect, they’re out, which I assume means that the trilogy that Rian Johnson is working on will be elevated as the successor to the current Star Wars saga, which ends this December with Star Wars: The Rise of Skywalker. The important thing here is that we will never have to suffer through their Confederate TV show.