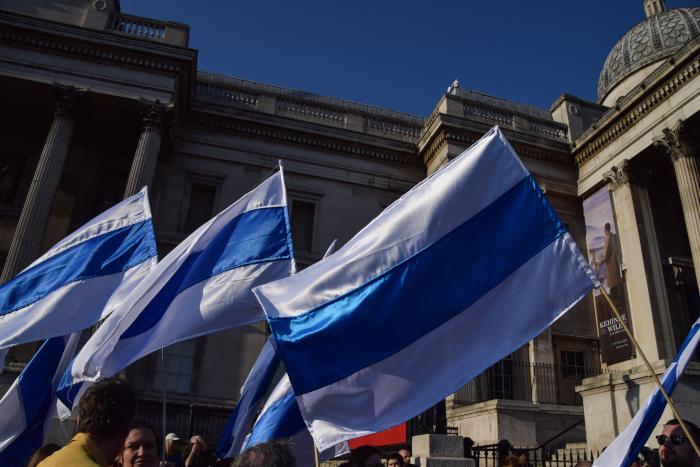 The Problem With Cultural Boycotts

This article is about soft power, strategy and tactics (whatever the difference might be between them) as they apply to culture. It’s also about VPNs. By culture I understand … I don’t know, I guess take UNESCO’s definition and expand it. This is about culture as a strategic force for change. Now, I don’t think Culture(s) can change societies for the better — laws and redistribution of resources do — but you can’t change societies without Culture. And I’m beginning to feel that the Cultural front is being waysided with regards to Russia and its invasion of Ukraine.

Tell me, has something Russian been canceled in your area lately? I don’t mean cancel in the far-right bigot kind of sense, I mean literally canceled as in “eliminated from a list of scheduled events.” A few months ago, an adaptation of Chekhov’s “The Three Sisters” was canceled at the cultural center of Las Condes, one of the wealthiest and one of the most right-wing leaning districts in Chile. The Chilean far-right, being as idiotic and small-town minded as elsewhere, began campaigning against the play and comment-bombing the district’s social media because Chekhov was Russian. See, unlike other far-righters, they support Ukraine for the same reasons the far-left dipshits (like those at Redfish) support Russia: They still think it’s a Communist haven, not the white-nationalist, fascist kleptocracy they would actually love to live in.

As I’ve said before, these are some very confusing times for fascists everywhere.

It doesn’t matter that most of the Russian artists that crossed over into a global cultural system are such because they row against their country’s culture of authoritarianism, at least in part, a culture of which Putin is but a disciple. We have seen a wave of overcorrection in “the West” against Russian cultural products, most visibly in the film industry: Calls for outright boycotting of all Russian cinema and sanctioning its industry out of pan-European organizations, Russia being banned from Eurovision and most sports organizations (though that’s long overdue because their entire sports culture is based on cheating and child abuse); film festivals reasonably excluding delegations tied to the Russian government, leading to a complex debate on where to draw the line between propagandists and dissident artists; said dissident artists being accused (not without merit) of being cowardly and opportunistic; impassionate pleas by Russian filmmakers not to be excluded from the global community while denouncing the war… under a veil of anonymity. Then there’s the Cardiff’s Philarmonic pulling Tchaikovsky from its repertoire, among other Classic Russian musicians having their concerts canceled, even those who have vocally denounced the war. Some others, like Soprano Anna Netrebko, have rightfully been shunned for cozying up to Putin and Russian nationalism. As a bigger structural hit, most multi-national media conglomerates have pulled out of Russia, taking with them their strategically valuable streaming services.

There’s no way this wasn’t going to be a mess. Unlike other countries that find themselves clashing with the Global Community, Russia is part of the Global North, a fledgling Empire with its own gravitational pull and a steady stream of oil and natural gas.

To be clear, I am fully in support of the economic and political sanctions placed on Russia and Putin. I think its a necessary evil to kneecap Putin’s government, good for the environment in the long term and once and for all it has been aimed at Russian elite. I am firmly in favor of pushing towards the dismantling of Moscow’s stranglehold over Russia and for it to fragment itself into a multitude of independent republics. Basically, I am very much in favor of using every intelligence-based tactic to usher in the death of Russian authoritarianism. It’s precisely because of this that I feel this wave of cultural boycotts is a unnuanced, dumbfounded strategy that will only serve to give Putin the one, solitary W out of his gigantic f**k-up: Further isolating Russians, and curtailing any chance dissidents might have to build a counter-discourse.

Remember when back in the Cold War the CIA would fund Jazz tours and translations of dissident Soviet writers? The morality of US Intelligence aside, as pure PSYOps, that’s just good practice, that’s just the simple fact that while political and economic hegemony operates with the big stick, it is through the culture that you set forth a more resilient argument in your favor. And if the dipshits at Redfish or Glenn Greenwald want to accuse me of being a neo-con shill, I can bring in Gramsci and he would tell you something along the same lines. Yes, sanctions and diplomatic isolation are what can help foster turmoil within Russia, but what’s the alternative afterward? What project can grow out of what is now a ruined empire that never had much to offer to itself? How can it stop the cycle of one authoritarian, nationalist rule after another?

The short and obvious answer is it can’t, not in the short or medium term, whether or not Putin is defenestrated. And no, for Russia to remain connected to outside Culture, in and of itself, won’t catalyze that shift. But it can help grease the ideas, to help conceive even the possibility of an alternative. That requires us, whatever the hell “the West” is, to embrace culture as a strategic field, and one that is also a two-way street.

Lane out is providing a silver bridge for every Russian cultural figure that condemns this war and needs to get out, figuratively and literally. I wouldn’t be surprised if the cultural industries in Russia have been cynical at best and true-believers at worst, not just about this war, but going all the way back to Chechnya. Understandably, Ukrainian artists are not in the mood to give space and grace. But I still think refuge should be given to Russian artists who want to leave their country; of course, not without requesting them to denounce Putin, as a bare, ethical minimum. Exiled intelligentsias, for better and for worse (at the same time, most times), have historically been a key flashpoint that can bring radical transformations back to their home countries. Everything about this war, and about 2019’s fraud in Belarus, and the electoral meddling and the former guy’s presidency are all about Putin desperately trying to ward off the threat to Russian authoritarianism that is … well, globalization. The brain drain shouldn’t focus just on IT specialists, engineers, scholars, or scientists, it’s also about artists, and I’m not just talking about the Conservatory and Fine Arts Museum type, everyone from local Popstars to their generic copycats to crass comedy actors to respected filmmakers to fashion designers to YouTubers. If anything, if they’re not capable of creating a movement in exile, at least you’re depriving a criminal regime from talented communicators, and that hurts just almost as much to a fascist war effort as losing one tank specialist after another.

That’s the first part of the strategy. The lane in is about how reaching in, the memetic war, and it is certainly about VPNs and streaming platforms. I understand the logic behind all the media conglomerates that have ceased operating in Russia: They were in a hostile environment, they could end up with their intellectual properties stolen and with Russian banks being removed from SWIFT, Russian citizens simply couldn’t pay streaming subscriptions and related stuff. Nor can they pay foreign VPNs that could provide them with a more reliable service. I wouldn’t be surprised if Russians are, right now, downloading free VPNs auctioning their data to the FSB, if it wasn’t them who set those up.

So let me say something that is going to give every major tech and media executive a syncope: foreign VPNs and streaming platforms should be provided to Russians free of charge for as long as this conflict lasts. And foreign press. If anyone well-versed in IT has an idea on how to bring this to fruition, feel free to drop it in the comments section, because of course, we’d have to make sure it’s actually Russians accessing or to filter out Russian government counter-propagandists. If there’s one thing that streaming platforms, e-books, and the internet in general can provide, it is this, at least giving you a way into information, providing a road to the alternatives in a very convenient fashion.

There is a valid counterargument: Wouldn’t that just be replacing one Imperialist cultural discourse with another (mainly, from the US and UK?). That is valid, and something worth another set of think pieces or hour-long video essay co-presented by Lindsay Ellis, Natalie Wynn, and Abigail Thorn. But we are at the point of every little bit helps. Not to mention that disregarding the entirety of US or Anglo cultural industries as hegemonic trash is as reductionist as it gets. Worst case scenario, it also provide Russians with access to MUBI.

It’s not just that there is plenty of worthwhile, mass media content coming from the Anglosphere or the European Union or whichever other Global North power. This is about seeding doubts, not about changing minds. It’s about providing alternatives, not all of them necessarily targeting the Russian government’s official discourses, but things that help provide a vocabulary of unrest there where dissent is literally beaten or ridiculed out of your body. Those subtle discordant messages that trigger a gut-level panic on authoritarian structures. Exposure to foreign cultural objects won’t start a revolution in conscience among Russians, but instead, it will help devise a language for the counter-discourse, especially among the Russian youth. And don’t think just because you’re in what calls itself a free country you don’t suffer from this: The lack of a left-wing language or anything that transcends binary politics is what has blocked the US from any progress. Not having a language in which to channel the anger you have against a system means you are unable to think about an alternative, not having an alternative means you can’t have a plan, and not having a plan means you can’t organize a movement.

That’s what Putin wants, that’s what any authoritarian ruler wants, but through cultural boycotts, you are only helping him accelerate the process. A process in which Russia cannot give birth to new Chekhovs, Nabokovs, Eisensteins, Tarkovskys, Klimovs or Sokurovs and goddammit, did I only just namedrop men?

If you want to get a glimpse of the cultural landscape that Putin wants, check the video below on Russia’s attempts at imitating Hollywood by the brilliant YouTube channel In/Frame/Out. Imagine the worst of both worlds: The calorie-empty roller-coaster ride of Hollywood franchises (but without the wit or fun) and the patronizing, reactionary discourse of propaganda films (with none of the art).

Having access to cultural alternatives, even if mediated by the Anglosphere, is still a foothold into alternatives. Even if its just escapism, because here’s one thing anti-cultural-industry critics in the Global North forget about: Among oppressed peoples, sometimes pure cultural escapism is what you need to escape from your own cultural reality, a shock of life and lightness against one that, without fail, is built around death and darkness.

Hey! That just happens to be the plot of WandaVision!

I am Alberto Cox and I would like to say this should apply to Israel too: Boycott the economy, still hold your concerts and release your books, criticize the government openly until they officially censor you there.