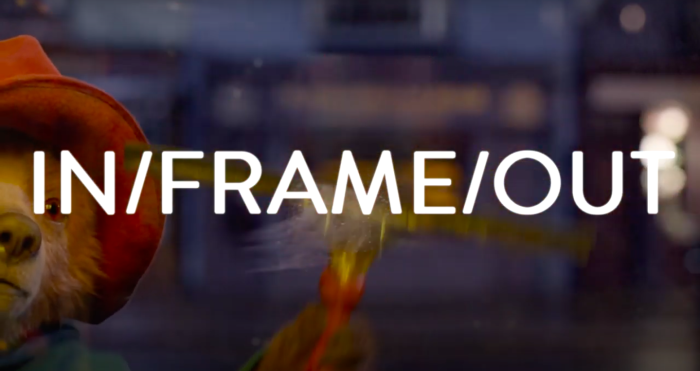 We all know they ways YouTube has become a terrible place, but I don’t wish to dwell on it because, screw it man, what’s left to be said? But the thing is, by way of its sheer scale, YouTube is full of content that is good, actually. In fact, there are some remarkable creators that deserve to be highlighted because they are using YouTube the way it was supposed to be: A platform for independent creators, with scant resources but making the best use of the digital film revolution, providing us with something new, good and insightful. Actual content creators.

So, sit back, make sure you etc., etc., etc. to increase these creators’ visibility, as most of them are getting royally borked by YouTube’s algorithm and demonetization.

Allow me to apologize beforehand because one thing you will find in every installment of this series is my bitching about YouTube’s algorithm. But what I promise is that I will try to bitch about a different issue of that abomination.

One thing YouTube’s algorithm sucks at is in promoting the output and back-catalog of a channel once one of their videos breaks trough. Many channels I love have a few videos that have racked up millions of views while the rest have to scratch their way to 100,000 views. A lot of that has to do with these channels having an eclectic length format, ranging from just seven to 20 minutes long, or because they tackle things that are outside the Basic AF Three of pop culture: 80s stuff, Star Wars, and the MCU. Nevertheless, these ups and downs in viewership don’t usually reflect their subscriber base and are common among video-essaysts with under 100,000 followers. YouTube forgets the fact that a small but highly engaged fanbase is worth more in the long run than big impressive numbers.

I mention all this because I found one of my favorite Film Essay channels out there because one of their videos broke out and popped in my timeline a few months ago. Since most of their videos are under 15 minutes long, I ended up devouring most of their back-catalog of three years in a couple of hours. Welcome to In/Frame/Out.

According to their own description and, their goals with this channel are “to make the film video programming we’d like to see. Put our film school jargon to good use without being pretentious anuses about it all day”, and the unpretentiousness is fitting because of how and what they have chosen as their subjects. Like Patrick Willems in my previous review, this is scholar-level film analysis and insight, applied to the kind of movies no one gives much thought about. And in YouTube’s ecosystem, there are mostly two kinds of movies everyone keeps talking about: The aforementioned Basic AF Three… and the TCM/Criterion Collection spectrum. But there’s a great inbetween of movies, as they mention themselves, movies that you know, you don’t know or you forgot existed. Which might as well be all movies, sure, but consider it in terms of movies that just missed the cutoff of critics “best of the year,” or failed attempts at Oscar-bait, critically derided hits that deserve a reassessment with the benefit of hindsight, forgotten box office hits or trashy, second-tier franchises. All of this while remaining extremely funny, having developed a nice collection of sardonic putdowns which I won’t spoil.

The video that helped me discovered the channel was about David Fincher’s Se7en, or more correctly, the knock-offs and weird attempts at creating a franchise out of it, including comics and a “spiritual sequel” that’s more a glorified bootleg. The essay puts us into the “post-9/11 before 9/11” zeitgeist in which Se7en was released, while exploring what made that film worked so well and why you can’t just do a Ctrl+C/Ctrl+V with it.

Watch this along with this essay on the sequels to Fincher’s other dark and morbid movie starring Brad Pitt.

The channel got started with an essay on Grease from a gender-studies perspective, exploring how its female characters are a much more nuanced and envelope-pushing bunch than what the discourse surrounding this movie might suggest. As somebody that used to loathe Grease, without this essay, I would’ve overlooked the fact that this is a film set in the ’50s, but from the lens of the 70s, ironically, perhaps a more realistic and subversive depiction of pre-60s youth in the US.

My brain is hardwired to categorize things, despite how much a project like this channel might eschew labels. But still, there are some regular types of entries that give this channel its particular editorial line.

First, as with the one on Grease, there are the reviews and reassessments of semi-forgotten hits, or once panned blockbusters. For example, check their video on Cruel Intentions, where they argue that despite its great potential, with the updated setting and characters, it ended up failing its source material and whatever point it might’ve try to make, falling prey to Hollywood’s dumbing down of content for teens. Also check their essay on 2002’s Phone Booth, a neat sample of those high-concept, mid-budget originals that made the best of their premise.

Also check the ones on the good parts of Pearl Harbor, the growth of the Bad Boys franchise and that one endearing thing about early 00s MTV: Jackass.

Another specialty of the channel is the retrospectives on what we could generously call “second-tier” franchises. This means trudging through schlocky, mostly straight-to-DVD things that only barely cross the barrier of the mainstream, as the first installment was a minor hit. We thank I/F/O for their service. They do a great job of either deconstructing what makes so many of these movies empty calories with very little salvageable (check their essays on the Hostel, Wrong Turn and Underworld franchises), but at the same time, they decode why some still resonate with us, despite being purposefully braindead. For example, they make a great point about how the Final Destination movies turn our fear and fascination with death into slapstick comedy, helping us reconcile with that tension.

In/Frame/Out also produces many essays on hidden or semi-hidden gems, ranging from Nicolas Cage forays into horror, trope inversions like Teeth, Crank, the Stathamiest of Jason Statham’s movies, or James Grey’s Ad Astra, which should’ve been a prestige blockbuster, but landed with a thud as it is typical now of those “once-in-a-lifetime” big budget arthouse projects that auteur directors get.

When it comes to analyzing larger trends in film, their emphasis on overlooked middle ground/middlebrow pays off and enriches the conversation on film, either by focusing on the history of the time traveling cop, the way Shin Godzilla rehauled the Kaiju genre it created or the movies that actually do the job of representing sensory impairment. A remarkable one is “Sanity as a Plot Device (And Why It Sucks),” which breaks down all those movies featuring a supposedly unreliable protagonist that has a missing child, or something like that, with which hacky filmmakers try to have their cake and eat it too: Depict mental health issues (offensively) and create a standard, easy to digest thriller. Another must-watch is the one on contemporary, Putin-era Russian cinema, which combines the worst of empty, amoral neoliberal spectacle with the worst of authoritarian propaganda. Look how they massacred our boy.

Finally, the essays that best represent this channel’s idiosyncracy are the ones focusing on films that aimed for the stars and exploded on the launching pad: Ambitious but ultimately incoherent trainwrecks like Southland Tales or Army of the Dead, insulting Oscar Bait like Sia’s Music or interesting failures like Black Christmas or Straw Dogs. And of course, no conversation on ambitious but failed projects is complete without Kevin Costner’s movies from the 90s:

What these movies have in common is that they occupy the average of the Bell Curve. They are the kind that pad-up the playlists on streaming services, or back in the day, the programming of cable channels. The ones in-between the tentpoles that actually helped keep studios afloat or the yearly crop of future classics. These are the movies that we actually watch more often than, say, anything by Paul Thomas Anderson or Nolan or Gerwig or King or Zhao or Reichardt or Lowery or Fukunaga or Jenkins or Bong Joon-ho … or Spielberg. Or Bay or Cameron or the Russos. Even among film buffs. And that is, at least for me, good enough reason why they matter and deserve to be revisited.

As I said before, In/Frame/Out eludes categories and sometimes focuses on the movies that everyone loves, but from a brand new take. Would you have thought that Paddington does take a political stance, that resonates more and more in an increasingly isolationist United Kingdom? Of course, you did.

← Tom Cruise Is Weird Enough Without A Deep Fake | 'I Meant What I Said': Dwayne Johnson Keeps His Messy Feud with Vin Diesel Alive →