OK, But Elizabeth Warren Is Right There

So, listen, I don’t want this to be contentious. As our usually-fearless-though-occasionally-anxiety-prone-leader has pointed out in several political posts before, both the writers and readers of this website have varying political opinions. (I mean, not varying because we’re all basically progressive Democrats, but we do manage to run the gamut from “tax the wealthy” to “eat the rich.” We cover the whole spectrum pretty much.) And while my friends and colleagues here have pointed out how Bernie Sanders is currently offering the strongest showing for beating Trump while also being actively gaslighted (gaslit? I feel like it should be gaslit, but that also feels wrong), I can’t help but put on my best Carrie Bradshaw voice and wonder, “Why not Warren?”

In no small part because of sh*t like this:

I haven’t been a fan of Mayor Pete for a while now, but the whole, “I’m going to declare victory despite the national story being specifically about how we’ve got no reliable counts yet due to a returns process that’d be considered a massive cock-up even for an event known for its massive cock-ups” takes a lot of balls, and not in a way I appreciate. It solidified to me why I actively dislike Buttigieg: he’s still mostly a white dude telling people that what’s best for him is best for them too.

I’m not trying just to pick on Mayor Pete, I’m just most recently annoyed with him (although, as also pointed out by our UFTOAP leader, I probably won’t care about this tomorrow). I think both Bloomberg and Steyer could be doing a lot more good by donating to Democratic candidates in races across the country (because having the most progressive president in our nation’s history won’t mean jack if Mitch Goddamn McConnell is still in charge of half of Congress #TakeTheSenate), and are trying to buy their way into the White House with vanity campaigns. That and I objectively believe their policies are garbage. Biden? Mr. I Still Want To Work With Republicans Because I Learned How To Get Along With “CornPop”? Pass. Andrew Yang has looked at the fact that one of our political parties put a rich guy with absolutely no experience into the highest political office in the land, and thought, “Yeah, me too.” And Amy Klobuchar might be the best of the moderates, but she’s still a moderate. In a political climate where people all over the spectrum are railing against the status quo, coming out with a “Keep the Course” platform seems both wildly out of touch and heartily uninspiring.

And then there was Bernie. Listen, I like Bernie. I like Bernie a lot. I also understand that his decades-long dedication to progressive and social justice causes as well as his open contempt for capitalism has earned him his reputation and adoration. I also understand that while no one wants to relitigate the 2016 election, the 2016 election left a lot of people with a lot of bad feelings for Bernie. I don’t think it’s justified, but I do think it’s a fact of the current election. In fact, it’s a quantifiable fact.

This shows that Elizabeth Warren is the least divisive candidate. 💕 https://t.co/ZByd6OBNVL

Now yes, I understand that statistics can be manipulated, and further yes, I understand that the middle of the primaries are the most contentious times, meaning that people are most likely to say “f*ck that” to anyone other than their guy. But if we’re being honest, Bernie, as much as I like him, is divisive. You know who doesn’t seem to be divisive at all? The candidate with a ninety-percent support rate, and a freaking zero-percent opposition rate in that survey question. And while I understand that lack of divisiveness isn’t the same as an outpouring of enthusiasm, people are enthusiastic as hell about Warren. She’s been pulling crowds across the country since early last year, she has a million individual donors, she’s got a plan for nearly everything, and she doesn’t seem to be pissing anyone off except for Wall Street and the far-right i.e. exactly who we want her to be pissing off. She’s an outstanding candidate, and she placed a not close third in the Iowa Caucus(?). So, you know, why?

I mean that as a sincere question. Partly because I’m a Warren E Regulator so I clearly have a blind spot, and partly because I don’t think “sexism” is enough to cover it (although when it comes to most things involving women, “sexism” is usually up there). My best guess is something that’s a lot harder to identify and therefore a lot harder to combat than direct sexism. It’s the indirect kind that even people opposed to sexism sometimes participate in. Before I say my next thing, I want to make sure this is on the record. *Clears throat* NO ONE IS SAYING BERNIE OR BIDEN OR PETE SUPPORTERS ARE SEXIST. I DON’T THINK THAT. I KNOW THAT CAN’T POSSIBLY BE TRUE. I’M NOT CALLING YOU A SEXIST. What I am saying is that anytime we get concerned with Warren’s “electability,” we’re giving in to the sexism we assume other people hold. Every time we think that Warren would make a great president, but we need to beat Trump so we can’t “risk” her nomination, we’re trafficking the same kind of sexism that’s prevented women from holding positions of power for, you know, ever. I’m not saying that supporting any of the men currently running for president means that you’re sexist, but it absolutely means that your candidate doesn’t have to be concerned with the sexism that we’re foisting upon candidates who seem to be otherwise nearly unassailable. Except, of course, for that unidentifiable, unnamed quality that makes it so hard to get behind her.

So, I genuinely, really hope that Sanders stays the frontrunner and gets the nomination. I also truly hope that whoever ends up with the nomination wins the election because my soul can’t take four more years. I hope if Bernie does win the presidency, Warren is appointed to the Treasury and implements all of her delicious little plans, and reforms our late-stage capitalist system as much as possible. Mostly I hope that the next time a qualified, competent, unifying candidate runs for President, we don’t spend a goddamn second worrying if others will dislike her. 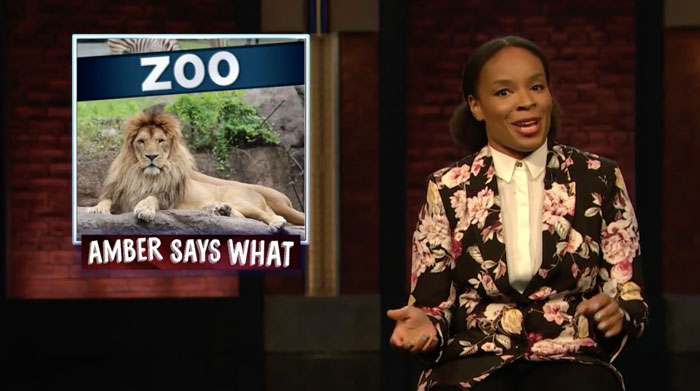