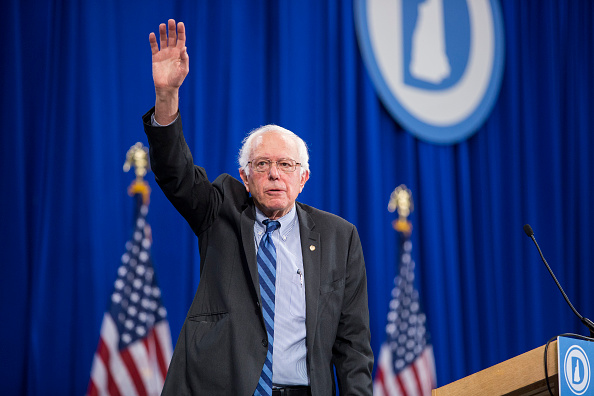 Now that Bernie is apparently seeing a rise in the polls ahead of the Iowa and New Hampshire primaries (and is winning in California), he’s starting to get some flak from the mainstream media, which is expected. That’s what the media does: Someone rises, and the media pounces on all of their weaknesses. It’s part of the game, and where it concerns Bernie, I’m glad they’re doing it now because if Bernie can’t weather it, we’ll know before he (possibly) becomes the nominee.

Again, I am still mostly progressive neutral. My heart is still with Warren, and ironically, I do think she’s a better general election candidate than Bernie, but I can also recognize that progressives are starting to unify behind Bernie. I’m OK with that (I’m not OK with all of Bernie’s supporters, but I’m OK with Bernie). Now, my wife, she’s terrified of Bernie, but not because she dislikes Bernie. After George McGovern got his ass handed to him in 1972, my wife’s parents went completely off the grid and decided to say “F**k it, if Nixon is President again, we’re gonna live by our own f**king rules.” Years later, after my wife was born, she was raised off the grid in a house her father built out in the middle of bumblef*ck nowhere New Hampshire with no electricity and no running water. My wife even had a goddamn outhouse she’d have to walk outside to in the middle of those New Hampshire winters to pee. She romanticizes her childhood now, but can you imagine growing up without electricity or running water? They had nothing but kerosene lamps and wood stoves, and how did that place not burn down? Anyway, my wife is afraid that if Bernie is the nominee, it’ll be McGovern all over again.

She might be right! I don’t know. But I feel like we’re living in a different time, a post-Trump era, where pre-2016 politics have gone out the door, and where maybe the only way to beat a demagogue is with an idealogue. I am in no way suggesting that Bernie is the perfect candidate — Jesus Christ, no — but I also feel like if a candidate like Bernie is ever going to win, it’s now or never.

So, this morning, my wife sent me Jonathan Chait’s New York Magazine piece, Running Bernie Sanders Against Trump Would Be an Act of Insanity. If you skim through it, it’s alarming. But place it in the context of 2020, and it’s far less so. Let’s take a quick look at Chait’s major arguments against Bernie. He lists, for instance, Bernie’s most “unpopular” positions:

Obviously, my progressivism is showing here, but all of that sounds good to me! Aren’t those positions why he is winning right now? I should also point out the obvious, which is that Donald Trump ran — and won — on a Muslim ban, on eliminating Obamacare, on building a wall, and on completely abandoning environmental protections. Those weren’t exactly mainstream positions, and Trump won — in part — because of his antiestablishmentarianism, which is exactly what Bernie’s got going for him.

“The socialist label has grown less unpopular, a trend that has attracted so much media attention that many people have gotten the impression “socialism” is actually popular, which is absolutely not the case.

You know what else isn’t popular? Racism. Antisemitism. Bigotry. Putting children in cages. Repealing Obamacare. “Socialism” doesn’t sound so bad to me, comparatively speaking. And if you are genuinely afraid of socialism, you don’t really have to worry that much about it because there will never be enough progressives in the House and Senate to implement purely socialist policies. If you start with free healthcare, maybe you get a slight improvement on Obamacare. Bernie is never going to have a lot of legislative success, but he can stop the bleeding, and he will replace RBG.

Compounding those vulnerabilities is a long history of radical associations. Sanders campaigned for the Socialist Workers’ Party and praised communist regimes.

So, Bernie campaigns for “radical” groups in the ’70s? Let’s compare that to, say, starting unnecessary wars with Iran now, abandoning allies in favor of authoritarians, cozying up to North Korea, and befriending Vladimir Putin. I mean, my biases are obviously showing, but it’s not really much of a comparison to me.

But it’s one thing to have the label thrown at you by the opposition, another for it to be embraced willingly.

I know, right? Because embracing a negative has never worked for anyone. 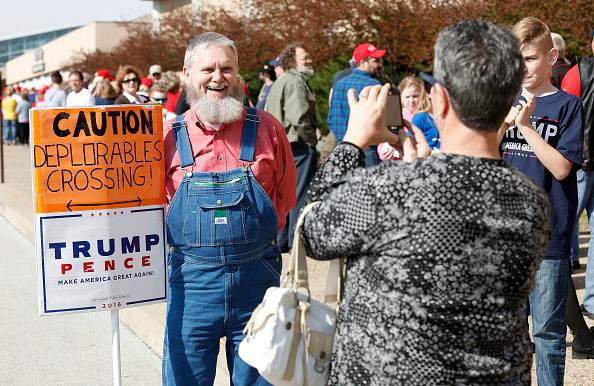 Sanders has never faced an electorate where these vulnerabilities could be used against him. Nor, for that matter, has he had to defend some of his bizarre youthful musings (such as his theory that sexual repression causes breast cancer).

Oh man, that’s f**ked up! Oh hey! Did you hear about the guy with 15-20 sexual assault allegations leveled against him, and who openly bragged on tape about grabbing women’s genitalia without their permission? He’s the President of the United States now!

Democrats are rightfully concerned about attacks on Hunter Biden’s nepotistic role at Burisma, but Sanders is going to have to defend equally questionable deals, like the $500,000 his wife’s university paid for a woodworking program run by his stepdaughter.

Huh. Yeah, that’s much worse than running a sham charitable organization, refusing to release your tax forms, and paying $25 million before your inauguration for running a fraudulent university.

Still, political science has generally found that, all things being equal, the electorate tends to punish ideologically extreme candidates.

Huh, because I feel like there’s a fairly recent exception to that rule. What was his name? It’s right on the tip of my tongue. Oh yeah!

Democrats flipped 40 [House] seats [in 2018]. Tellingly, while progressives managed to nominate several candidates in red districts — Kara Eastman in Nebraska, Richard Ojeda in West Virginia, and many others — any one of whose victory they would have cited as proof that left-wing candidates can win Trump districts, not a single one of them prevailed in November. Our Revolution went 0-22, Justice Democrats went 0-16, and Brand New Congress went 0-6.*

This is true. It’s 100 percent true, and a Bernie nomination definitely would be bad for Democrats down-ticket in Red Districts. I’m not going to argue against that. However, as far as Bernie is concerned, he doesn’t have to win in Trump districts. He just has to win in Hillary states plus get 70,000 more votes in Wisconsin, Michigan, an Pennsylvania, where he is currently polling ahead of Trump.

Look: Chait might be right. Maybe Trump and the Republicans will be able to paint Bernie as a “radical socialist” that will turn America into the next Venezuela. Maybe it will be another McGovern-like landslide defeat. Or maybe the country splits into these extreme factions and a third-party candidate rises from the ashes and steals the election away with the Never-Trump and Never-Bernie voters. Maybe! I don’t know! I have no emotional attachment to Bernie (no offense to Bernie), but sometimes it just feels like Americans want to give the middle finger to the establishment. That’s what Trump did, but he’s corrupt as hell and a horrible human being. Bernie appeals to that same sentiment in many, and it sure seems to me that the “eat the rich, f**k the billionaires and insurances companies” would be compelling to more people than this:

But what do I know? I’m not a fancy writer for New York Magazine. I’m just a poor Southern boy who relocated to Maine and is trying to keep a small business alive while paying off insane student debt and spending way too much money on the cost of medical care for my family.