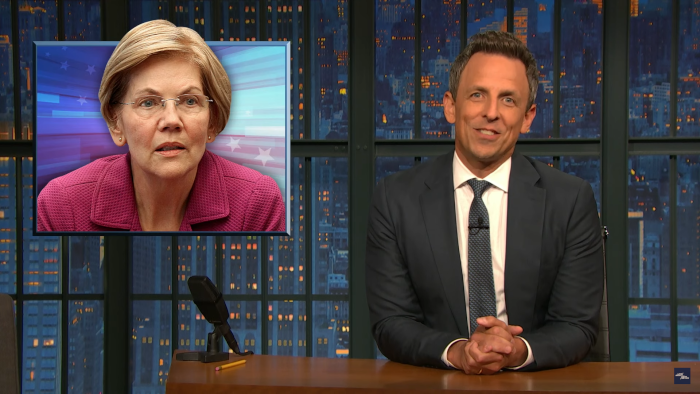 Yes, It's OK To Get Excited About Elizabeth Warren's Presidential Bid Now

Of all the lessons taught by the 2016 election, the one I’ll most refuse to learn is that wine is restricted to weekends. We all needed all the wine that night. The second is that it’s better to be cynical and not be disappointed than to be optimistic and be crushed by the world. Because even if you were cynical, I’m guessing the Trump portion of this video is still crushing.

Very quick side-note, but how the hell has Trump’s presidency aged Seth Meyers, the host of a late-night talk show, significantly more than it’s aged the actual President? You know, the one who’s supposed to be stressed out by everything happening in the world? 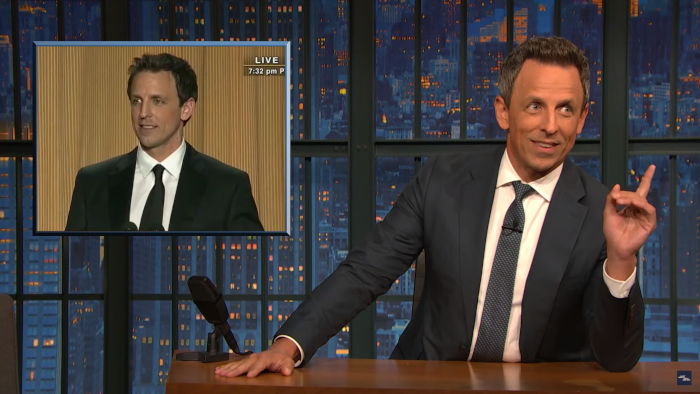 The media needed a long time to completely and fully doubt Warren’s political viability because now, after she’s spent months doing speaking engagements and meeting with fans for her seemingly-unending-selfie-line, they get to tell us all about how, holy sh*t, maybe Elizabeth Warren has a shot at this thing. Because they used all of their reporting acumen to decide that the person who’s been putting out the largest number of really solid policy proposals, and busting her ass in order to talk to nearly every person she could about those proposals in a way that easily explains policies without talking down to anyone maybe, just may be, the sort of compassionate, knowledgable leader we’d respond to after living under the Presidency of a droopy-nutted man-child who can’t string together enough letters to make a coherent word.

So while I appreciate that the media has now gotten around to predicting the surge of the candidate who is most clearly surging, I’m going to try to ignore how the media covers the horse race from now until the election. Because I don’t care. I’m in. Full-fledged in. I’m getting my hopes ridiculously high that Warren can not only win the nomination, but win the presidency too. I’m a Warren ride or die bitch, and I can only pray to the superpowers that I don’t believe in that they won’t take me too literally on that second part (Editorial Note: Clearly the Senator’s supporters should not be referred to as ride or die bitches. They, of course, should be called Warren E’s Regulators). Because when everything sucks, the last thing we need is to force ourselves to not get excited.

← Review: Golshifteh Farahani Doesn't Have Enough to Do in 'Arab Blues' | Jennifer Lopez Never Went Away But She Still Deserves Her Renaissance →