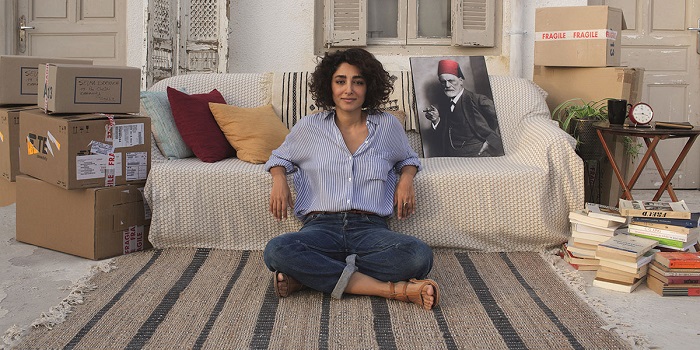 TIFF 2019: As a Rebellious Therapist, Golshifteh Farahani Doesn’t Have Enough to Do in the Well-Meaning But Conflicted ‘Arab Blues’

There is a very real distrust of therapy and psychiatry in some pockets of the Middle Eastern and North African world, and it’s an issue that keeps many people from getting the help they require and deserve. But the way Arab Blues approaches this social reality—with a comedic sensibility that sometimes mocks the characters we see asking for help—makes the well-meaning film seem conflicted about what it’s actually trying to say.

Golshifteh Farahani (as low-key sophisticated here as she was alongside Adam Driver in Jim Jarmusch’s Paterson) stars as Selma, a Tunisian woman who returns to her home country after spending a decade abroad in Paris. Separated from her immediate family—and with her father leaving her mournful, worried voicemails on the regular—Selma tries to reconnect with her more traditional aunt and uncle, who are aghast at her oversized shirts and jeans, and with her teenage cousin Olfa (Aïsha Ben Miled), who is shocked that Selma would leave Paris. “You’ll never last,” scoffs Olfa, who had dreamed that she could move to France and live with Selma, and who resents her cousin for derailing her plans.

Honestly, Olfa’s not entirely off-base! Nearly everyone Selma runs into doubts her: “We’re not in Europe here, we have God,” says her uncle, who is certain that she’ll fail. A local doctor’s office, overrun with yelling patients, ignores her request for referrals. Salon owner Baya (Feryel Chammari), who sees herself as already offering the same sort of services as Selma would—someone to talk to—argues that at least her clients come away with a good hairdo. (Of course, she flat irons Selma naturally curly and frizzy hair, thinking that’s what a woman who lived in France would want.) And police officer Naim (Majd Mastoura) considers her with a mixture of fascination and resentment: As a woman who spent her adulthood in Europe, who is she to come to Tunisia and treat people here like they are uneducated or ignorant? But on the other hand, the country is turning in a more fundamentalist direction, with attitudes that would not look kindly upon a single woman offering up time alone in her home to see patients. How can Selma get a professional and personal foothold in a city where so many people question her motivations?

Arab Blues deals with this conflict by injecting humorous situations that speak to the sometimes-repressive nature of Tunisian and Islamic culture, but those very scenes sometimes veer into mocking the very characters who populate them. A man who begins undressing in Selma’s office, and his frazzled explanation of “I heard about a French woman and a couch,” is meant to demonstrate the regressive nature of these men—but also the overwhelming patriarchy of this society. But too often that theme is hammered home in increasingly slapstick-y situations, like a man questioning his sexual identity who dabbles in dressing in women’s clothes, or another who is convinced that Israel’s national intelligence agency Mossad is spying on him, or even Baya, who the film initially treats with a measure of disdain for her tacky makeup and over-the-top accessorizing.

Filmmaker Manele Labidi Labbé pinpoints some very real tensions in Tunisian society—in particular, the disdain some Tunisians feel toward Selma and her “post-colonialist” beliefs that sporting natural hair, speaking Arabic, and refusing to blindly accept French colonialist policies are good. The conversations between Baya and Selma, and Selma and Naim, delve into different sides of that argument. But the film doesn’t quite find enough time to explore at depth why Selma thinks she can make a difference for these people; too much of her character is reactive, and Farahani can only do so much when sitting in a chair and listening. She’s a more dynamic performer than Arab Blues allows her to be, and the film can’t quite find the right balance between honoring her character and exploring those around her.

The misstep of Arab Blues is in its continued adding of more story, more characters, more melodrama to fill out a story that could have very well been managed with a greater focus on its protagonist. A potential romantic connection between Selma and Naim (with an awkwardly realized meet-cute during a roadside breathalyzer test) feels too flighty for this narrative. The incorporation of Selma’s pained relationship with her grandfather seems like an afterthought. And although it’s admirable that Arab Blues tries to both honor Tunisian culture and interrogate its current political and social climate, it’s all far too much for the film to handle, resulting in an uneven effort that doesn’t quite nail either a dramatic or comedic tone.

← Review: 'Made in Bangladesh' is a Rallying Cry for Women's Rights | Yes, It's OK To Get Excited About Elizabeth Warren's Presidential Bid Now →