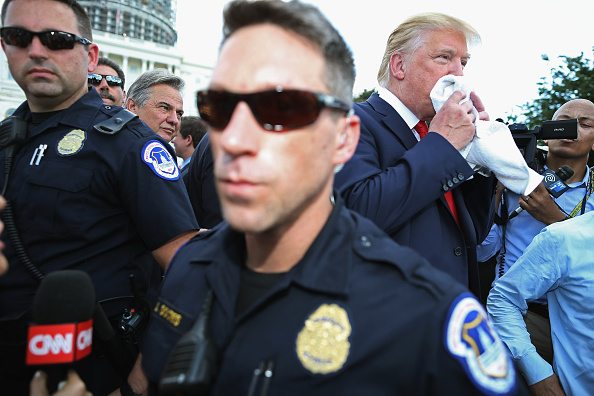 A couple of days ago, Trump fired off a long series of pathetic, desperate tweets that left him looking smaller and weaker than ever before. Today, he’s back at it, delivering a sweaty mess of tweets. I wonder what bug is up his ass today? Maybe the The New York Times can offer some insights:

Now that the Biden Administration will be a scandal plagued mess for years to come, it is much easier for the Supreme Court of the United States to follow the Constitution and do what everybody knows has to be done. They must show great Courage & Wisdom. Save the USA!!!

State prosecutors in Manhattan have interviewed several employees of President Trump’s bank and insurance broker in recent weeks, according to people with knowledge of the matter, significantly escalating an investigation into the president that he is powerless to stop.

Now it turns out that the Democrats want the Pack the Court with 26 Justices. This would be terrible, and must be stopped. Even Justice RBG was strongly opposed!

The interviews with people who work for the lender, Deutsche Bank, and the insurance brokerage, Aon, are the latest indication that once Mr. Trump leaves office, he still faces the potential threat of criminal charges that would be beyond the reach of federal pardons.

Now it turns out that my phone call to the President of Ukraine, which many, including me, have called “perfect”, was even better than that. I predicted Biden corruption, said to call the A.G., who perhaps knew of the corruption during the impeachment hoax?

Lately, Mr. Vance’s office has stepped up its efforts, issuing new subpoenas and questioning witnesses, including some before a grand jury, according to the people with knowledge of the matter, who requested anonymity because of the sensitive nature of the investigation.

The Swine Flu (H1N1), and the attempt for a vaccine by the Obama Administration, with Joe Biden in charge, was a complete and total disaster. Now they want to come in and take over one of the “greatest and fastest medical miracles in modern day history.” I don’t think so!

When Mr. Trump returns to private life in January, he will lose the protection from criminal prosecution that his office has afforded him.

I just want to stop the world from killing itself!