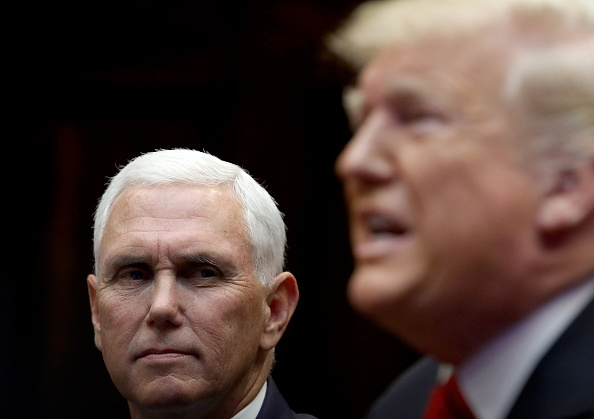 The President Is Already Angling for Another Humiliating Defeat

On Friday, the Supreme Court handed down a humiliating loss to the President, basically ending the “legal challenges” portion of his attempt to overturn democracy. Trump has already attempted and failed with the, “Let’s call Republican Governors and ask them to overturn the results in their states” portion of the attempt, too, so with the Electoral College set to affirm Joe Biden’s victory today, it would seem that Trump is all out of options. The poor man has no more opportunities to feel the burn of another humiliating loss!

Unless … Folks, the Republicans are working up another plan to steal the election, and boy howdy, is it a doozy, and the kicker here is extra humiliating! From the NYTimes:

But as the president continues to refuse to concede, a small group of his most loyal backers in Congress is plotting a final-stage challenge on the floor of the House of Representatives in early January to try to reverse Mr. Biden’s victory.

The plan goes something like this: Rep. Mo Brooks (of Alabama) is leading a contingent of loyalists in the House to challenge the results in Arizona, Pennsylvania, Nevada, Georgia and Wisconsin. The first step is to get a Senator to sign off on their challenges; that hasn’t happened yet, though there are a few that may be willing (Rand Paul, Ron Johnson). If the House gets a Senator to sign on, then on January 6th, the two chambers retreat for a two-hour debate, and after the debate, they vote on whether to disqualify the votes from those states

The kicker, however, is this: “Both the Democratic-controlled House and Republican-controlled Senate would have to agree to toss out a state’s electoral votes.” Obviously, the House is not going to toss out the votes in those five states (although, I’d hate to consider what might happen here if the GOP had control of the House), and even the Senate is not going to affirm this (Romney, Collins, Toomey, Murkowski, and Sasse are more than enough to ensure that).

The effort is going to fail, but it represents yet another loyalty test for Trump, and the Republicans continue to be terrified of what he can do to their political fortunes. So, this is less about overturning the election and more about forcing Republicans to choose between democracy and their fealty to Trump (and sadly, we know how many of those Republicans will side).

The extra humiliating kicker, however, is this:

The dilemma is particularly acute for Mr. Pence, who is eyeing his own presidential run in 2024. As president of the Senate, he has the constitutionally designated task of opening and tallying envelopes sent from all 50 states and announcing their electoral results.

But given Mr. Trump’s penchant for testing every law and norm in Washington, he could insist that Mr. Pence refuse to play that role.

And finally, on the 6th of January, Donald Trump — in a fit of rage — burned down that carefully constructed bridge that Mike Pence had spent four years meticulously constructing. Trump just … tweeted it out.