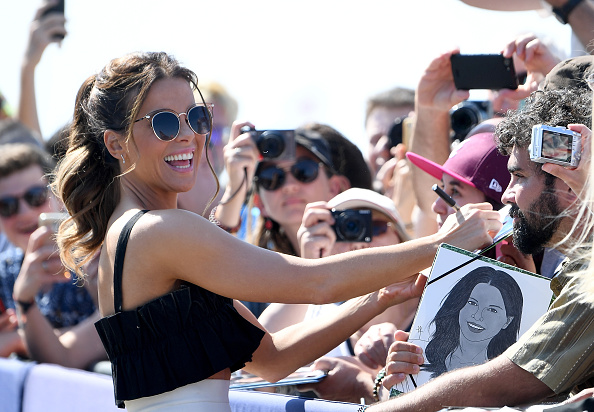 Yesterday evening, the Supreme Court ended Trump’s last gasp at overturning the election, declining to hear a case filed by the state of Texas to overturn the results in four other states. Trump and his followers had inexplicably put all their weight behind this completely meritless suit, and even the majority of Republicans in Congress signed on, in addition to 17 Republican state Attorneys general. After spending the week demanding fealty from those in his party, and working his supporters into a tizzy, the Supreme Court extinguished that hope, tossing the case based on standing. Despite what Trump is trying to suggested on Twitter this morning, two justices, Thomas and Alito, did not show support for him, either, writing separately that they would hear the case, but “would not grant other relief.”

Trump and his supporters melted down. Trump refused to come out and deliver remarks at a White House holiday party. Over on Parler, Republicans were calling for secession. In fact, the chair of the Texas GOP floated the idea that “law-abiding” states form their own union. (And before you say, “Yes, let’s do that!” remind yourself that there are more Democrats in Alabama — a state dominated by Republicans — than there are in Maine and Vermont combined.)

We don’t really need to get into all the Parler messages, but we will anyway because something about liberal tears, but also: JFC. Where’s the FBI?

Things are a little heated on Parler …. pic.twitter.com/xajBsWX49S 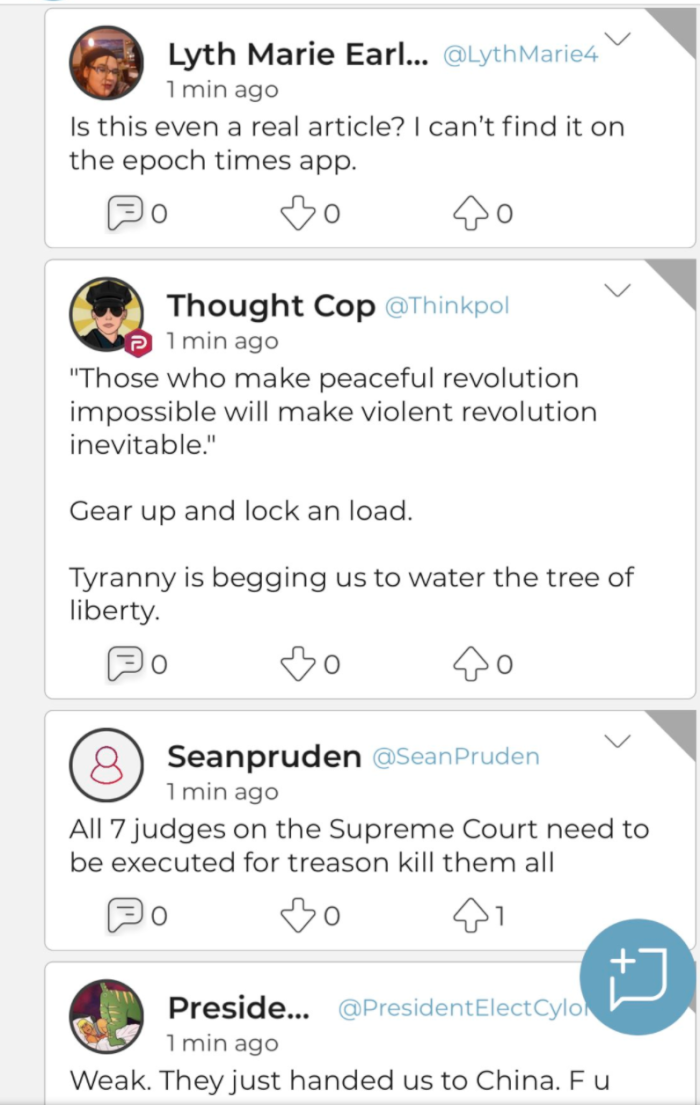 Trump, meanwhile, knows that all is lost. On Monday, electors’ ballots are sent to Congress, and the Electoral College will choose Biden as President. Once that happens, there’s no chance whatsoever for Trump to overturn the election (not that there was much of a chance to begin with). Some Republicans who signed onto Trump’s frivolous, anti-Democratic lawsuit are now trying to distance themselves from it.

There were a number of election cycles where one of the most important questions for candidates was whether they supported the Iraq War or not. I hope to God that this becomes one of those litmus tests for future Republicans: Did you support Trump’s attempt to overthrow the election? It should be immediately disqualifying (in fact, one Democratic Congressman is now suggesting that Pelosi refuse to seat Republicans who supported the lawsuit to invalidate the election).

Trump is, expectedly, lashing out.

The Supreme Court had ZERO interest in the merits of the greatest voter fraud ever perpetrated on the United States of America. All they were interested in is “standing”, which makes it very difficult for the President to present a case on the merits. 75,000,000 votes!

I WON THE ELECTION IN A LANDSLIDE, but remember, I only think in terms of legal votes, not all of the fake voters and fraud that miraculously floated in from everywhere! What a disgrace!

Who is a worse governor, @BrianKempGA of Georgia or @dougducey of Arizona??? These are two RINO Republicans who fought against me and the Republican Party harder than any Democrat. They allowed states that I won easily to be stolen. Never forget, vote them out of office!

Meanwhile, he’s trashing his AG, William Barr, who has otherwise done Trump’s bidding for him whenever possible.

IF Biden gets in, nothing will happen to Hunter or Joe. Barr will do nothing, and the new group of partisan killers coming in will quickly kill it all. Same thing with Durham. We caught them cold, spying, treason & more (the hard part), but “Justice” took too long. Will be DOA!

Why didn’t Bill Barr reveal the truth to the public, before the Election, about Hunter Biden. Joe was lying on the debate stage that nothing was wrong, or going on - Press confirmed. Big disadvantage for Republicans at the polls!

But y’all: He’s just begun to fight. (It’s a little late to “begin” fighting, isn’t it? The election was over a month ago).

WE HAVE JUST BEGUN TO FIGHT!!!

There was a brief moment this morning when Twitter had decided to turn off the ability to like, comment, or retweet the Trump tweets that are already labeled. I’m not sure why, but Twitter quickly backed off of that. If Twitter would just kill his damn account, he’d lose by far the biggest platform for his misinformation.

There are 39 days until the inauguration.

For aesthetic reasons, we still continue to occasionally use Kate Beckinsale in lieu of Donald Trump in header images. By the way, Pajiba 10 voting will begin on December 23rd. We’re gonna get this one in under the wire.