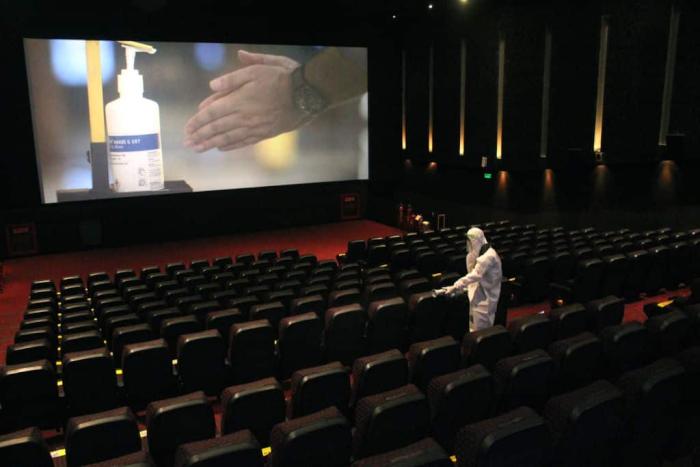 Happy 11 days until Christmas, everyone. Yes, it’s that close. I hope we’re all calm, cool, and collected. I’m sure we’re all super-prepared already. No last-minute panics or anything, right? Ha, ha, ha…

This is typically a busy time for theaters, with December filling a lot of the gaps leftover from the Summer blockbuster season and all the awards favorites squeezing in their one-week qualifying run before the new year. Obviously, that’s not happening this year. The Oscar qualification date has been extended to February and a slew of big-budget titles will either debut on a streaming service or get a theatrical release later next year. Just shove that vaccine into our veins and let us get on with it, right? It’ll be so easy, yes? Haaaaaaaaaa…

But until then, let’s dig into the table scraps of the domestic box office and see if we can read our futures. For the third week in a row, DreamWorks Animation’s The Croods: A New Age took the top spot, even as weekly grosses tumble. There’s just no competition and there really won’t be anything major until Christmas Day. For now, festive re-releases are doing a lot of heavy lifting. For studios like Warner Bros., it probably doesn’t hurt to have some semblance of warm relations with the theater chains, especially following their bombshell HBO Max announcement. They put 2017’s Wonder Woman back in theaters and made $189k from it. It’s no Wonder Woman 1984 but sure, it’ll do.

There weren’t many new releases this week. Really, there were two. Archenemy took in $55,700 from 94 theaters, while the truly bonkers Wild Mountain Thyme managed over $100k from 450 venues. If you haven’t read Jason’s amazing review of that film, you’re seriously missing out.

Internationally, The Croods 2 is pulling in some solid numbers, all things considered. It’s grossed $46 million so far in China, which has helped bring its worldwide total to over $76 million.

In terms of shifting releases, we saw Disney make a few moves. Their next big animated movie, Raya and the Last Dragon will open in theaters on March 5 but will also be available as a premium paid release on Disney+. That suggests that they did pretty solid business with their last paid at-home movie, Mulan. They moved The King’s Man down a month to March 12, and pulled horror movie Antlers from the schedule altogether.

There really isn’t a lot of space left on the 2021 slate for studios to push more movies around. They’ll either have to settle on a theatrical release and hope that the market isn’t too crowded or consider digital releases. HBO Max’s decision remains deeply controversial, with Legendary suing Warner Bros. over it, and the industry left with countless questions over issues like residuals, which are a lifeblood of the business for the majority of below-the-line workers. All that and AMC have admitted that closure is an inevitability now. The industry was always on this path towards major, possibly irrevocable change, but we thought we’d get a solid decade to prepare, not eight or nine months.