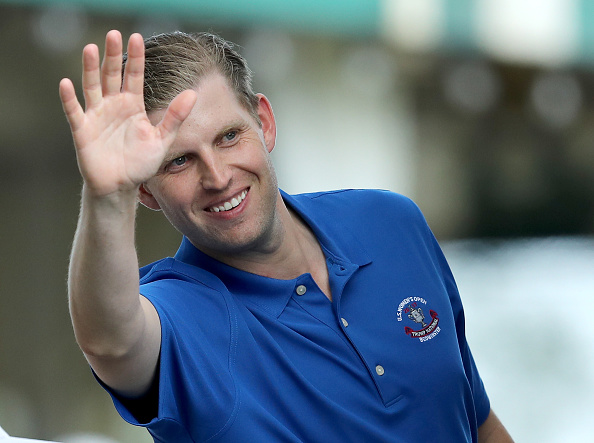 Briefly, because there’s only so many times I can write about corrupt Republicans in one day: The New York AG’s office is suing the Trump Administration for fraud, claiming that Trump inflated the value of his properties for the purposes of securing loans. He once claimed, e.g., that property assessed at $20 million was actually worth $260 million.

Eric Trump had been called to testify in July, but canceled abruptly. His attorney stated that “we cannot allow the requested interview to go forward … pursuant to those rights afforded to every individual under the Constitution.” In other words, Eric Trump pleaded the Fifth, which means … he committed a crime, and he doesn’t want to self-incriminate.

The great thing about all of this is — if Biden does win — all these crooks who have been lying under oath with the understanding that they will be pardoned by Trump will all lose that particular safeguard. There are a number of Trump family members likely to get rolled up by the feds when his Presidency is over.