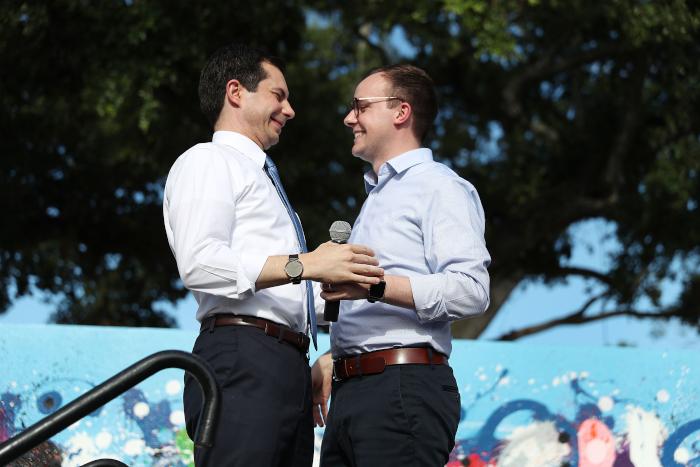 The Far-Right Is a Support Group for Losers

The US’ far-right dropped a new front in their perennially sad culture war: Parental Leave is BAD, and it feminizes fathers. It all started as Secretary of Transportation Pete Buttigieg and his husband Chasten took a few months of parental leave to care for their newborns. Of course, the far-right (which is… all of the right) flipped in anger. Or more correctly, they were overjoyed to find a new angle with which they could attack the administration and parrot homophobic talking points to their audience. Since the far-right’s new talking point is to blame the shortages and disruptions in the supply chain on Biden, the fact that Buttigieg is gay and the Secretary of Transportation was an opportunity they simply couldn’t pass up. Don’t mind the fact that these disruptions are a problem so complex it cannot even be fully pinned on Covid; it’s the US far-right, they can’t understand the complexity.

The entire point of the attacks against him is about him having the audacity of becoming a father, an involved parent while having a career, as a gay man. It upends their entire worldview of family structure when you have two male figures that take on the role of providing and nurturing. But even then, I don’t think there would’ve been much difference if Buttigieg had been a straight man with the same career and profile, going on parental leave to be with his wife and newborns. They would’ve attacked him in the same way because it’s about masculinity.

Tucker Carlson mocks Pete Buttigieg for taking paternity leave: "Paternity leave, they call it, trying to figure out how to breastfeed, no word on how that went." pic.twitter.com/zFnp6uSser

Being gay is already a dealbreaker among the far-right’s idea of masculinity. It outright cancels Buttigieg frontline military service, which probably involved special-ops. What these far-right pundits and grifters are attacking, instead, is the very notion that a man should provide nurture for his children, something you’d assume we had left in the dustbin of history. My grandfather, a conservative and aristocratic man, got a lot of flack back in the ’50s for, you know, being there and being doting with my mum, aunts, and uncles. He probably didn’t change diapers, but again, this is during the ’50s. This is what these people are attacking, gleefully, and it reveals so much about them personally, whether they believe their own bullshit or not. Because they are speaking to a crowd that does believe in this shit.

There is an obvious political and economic agenda behind this, attacking the idea of parental leave in one of the few countries where it isn’t even codified into law, just as Biden’s infrastructure plan considers paid leave and childcare as two of its tenets. You don’t need to make sound macroeconomic analyses of why paid leave is good for everyone and the economy if you just call it something for wimps.

OK, we get it, these people are unable to establish deep bonds of affection and respect with their own. After all, far-right thought encourages the kind of narcissistic mindset that leads you to see your children as extensions of yourself.

All of this reminded me of another comment made earlier this year, by Jan-6th conspirator Charlie Kirk, the smallest face in far-right punditry. Him, with affected voice, his pudgy everything, his microscopic face, and, again, being a horrible person inside and out, he called Prince Harry a metrosexual beta male with zero testosterone. Prince Harry.

And then I remembered how, a few years ago, Piers Morgan called Daniel Craig an emasculated simp for carrying his (and Rachel Weisz) baby girl in a papoose. 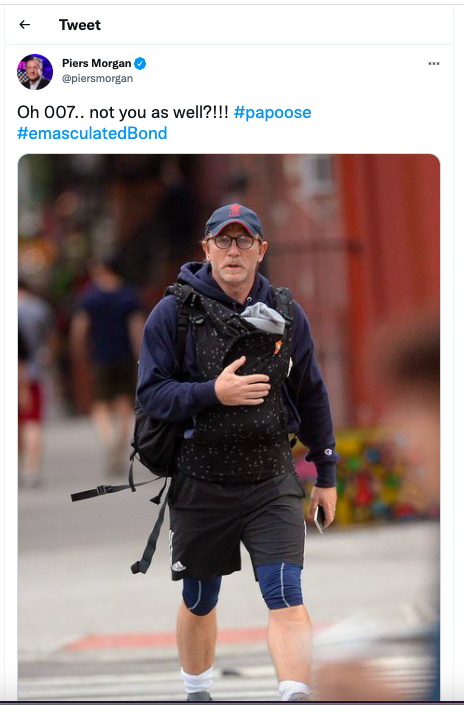 Then he tried to get the attention of the ringleader of far-right masculinity: 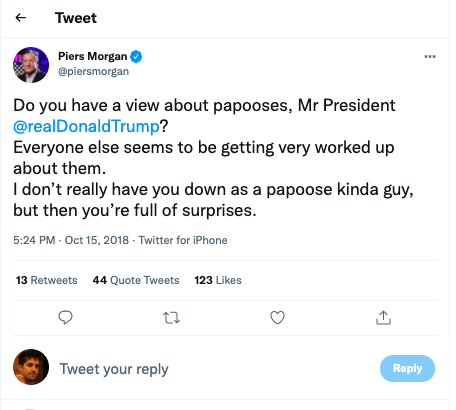 Questioning the virility of:

remember when chris evans sat on daniel craig’s lap and now daniel says he kisses all his leading men? much to think about pic.twitter.com/5nyB017Jde

We have seen the far-right denying bigger and more serious stuff, like COVID, the results of elections, the humanity of immigrants, Climate Change. But I am still in awe of how they can attack things and people that are doing something that is unquestionably … good. The vast majority of fathers would love to have paid family leave. Under any conception of masculinity, Prince Harry is at the top of the pecking order, just by virtue of his charisma. And that picture of Daniel Craig carrying his baby girl probably left more people shook than the beach scene from Casino Royale. Everybody knows that, and so does the audience of these people, and that’s a core ingredient of what these grifters are selling: It’s a support group for losers.

That’s the word I’m going for because here I am, no-game recognizing no-game. I am, by most standards, pretty much a loser: Perpetually underemployed, financially dependent at age 30, riddled by anxieties and indolence, unlucky in romance and not for lack of trying. Male, white, straight (mostly), aloof, overweight, flabby. I am the core audience of these grifters. But here’s the thing, I’m a socio-economic loser. There are worse ways to be a loser.

They are telling their audience that it’s OK, that they can ignore the reality the mirror spits to their faces every day. That they are handsome, that they are alpha, they are successful, they are important, they are the star of any ’80s action-adventure movie. They support each other by nullifying masculine figures that are unquestionable representations of achievement, at every level. They are haters reaffirming other haters. Alex Jones, Prager, Crowder always wearing a gun holster, Rubin, Lahren, F—ker Carlson, the entirety of the G*mergate mob and offshoots, they are all losers supporting losers, not just by peddling them MLMs, books on how to neg women into bed, bullshit seminars and courses or even by encouraging them to follow in their footsteps and become fellow grifters. No, the support group starts by simply telling them that it’s OK to be who they are, they don’t need to question themselves and the world surrounding them, which is ironic considering the entire schtick of their biggest intellectual guru. They reaffirm themselves in that they, at least, are male. And white, but that’s also OK, will say their Klandance Owens and other grifters selling their souls out for six figures and attention.

We all know this, the far-right is built around white grievances. But this is the way they connect emotionally with their male audience (and some women too); this is how they can consume hours upon hours of emotionally draining whining and float in the toxicity of their online spaces, even when they are the ones spewing it. They can turn reality upside down and conceive their loser traits as worthy of recognition: Holding steadfast to their sexism, racism, homophobia, and anti-intellectualism is brave in and of itself. They will help you navigate anything that might put you into question (OWNING THEM WITH FACTS AND LOGIC) and you don’t need to improve anything, save perhaps for some exercise because the world owes you everything and they took it from you. All of this said while droning on about the left’s lack of personal responsibility.

It’s the same operating procedure as self-help and motivational speakers whenever they don’t intersect. But this time, it’s for hatred, and for the deeper ways you can be a loser: for boomer parents who can’t understand why their kids avoid them only because they used affection as a currency; for finance bros who can’t understand why they aren’t more successful with women even though they make mid-six figures at 27; for mid-west suburban white teens with middle-of-the-road qualities and distant parents; for the spectrum of evangelicals surrounded by a world that offers more and more compelling and easily accessible arguments in its favor. For the conservative grifters and/or politicians that are aware they are emptying themselves for a shill. They are all being told that holding onto what they believe is heroic, and not just a chronic form of defeat.