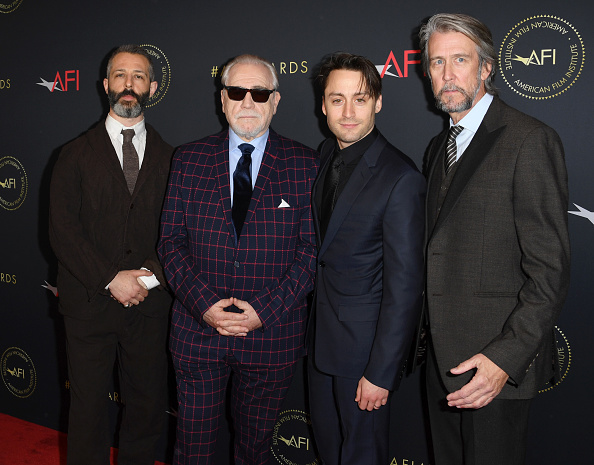 For whatever reason, I love to hear about Jeremy Strong’s “method acting” on the set of Succession, and I assume that I’m not alone because at least two cast members have been asked about it and have discussed it in some detail.

Last year, Kieran Culkin was on the WTF Podcast with Marc Maron (and Kieran is a total sweetheart in it) and was asked about it. He was candid. He said that Strong was “complex,” and while it sounds like his method is rigid, he at least allows for others to take the piss.

“The thing is, he doesn’t want to know if the actor [opposite him] is going to do [blank], because that would mess him up,” Culkin said on the podcast. “Sometimes, he doesn’t want you to say certain words. Like, don’t call it a ‘scene’ or things like that. It can be pretty particular sometimes.”

“Usually,” Culkin continues, “my job is to sort of poke fun at him and try to break down that little wall. Like, ‘Oh, I’m sorry, this SCENE? In this SCENE that we’re going to rehearse because it’s a F**KING TV SHOW?’ I like to do that to him, sometimes.”

In an interview with Brian Cox in GQ magazine, Cox reiterated that his style of acting is “complicated,” but Cox seems to approach it not with annoyance but with a sense of concern, worried that Strong’s (unnecessary?) method acting would take a toll on him.

He’s very sweet, Jeremy, but he’s complicated, you know? And he does think there’s an element of religious experience about doing our work. I don’t agree: I feel that what you have to do is you have to be free of all that, you have to be able to sort of keep yourself in a channel, where you act like a receiver and a monitor, so that things are passing through you. And he lets it affect him, to such an extent that I sometimes worry about him, because it’s intense to live at that level. But it’s also part of the learning curve.

Cox also mentioned that Strong once served as an assistant to Daniel Day-Lewis, which I didn’t know but makes perfect sense. “I think a lot of those habits he’s developed from Dan,” Cox said while adding that he doesn’t subscribe to that philosophy of acting. “I think sometimes it affects the person, that they should give themselves a break. It is a religious experience. But it’s not for you. It’s for them. It’s all about the audience.”

That seems like the more diplomatic version of what Robbert Pattinson once said: Method acting is “only for playing assholes.” I’ll grant that Strong’s style of acting works in the context of Succession — he did win an Emmy, after all, beating out co-star Brian Cox — but Culkin, Sarah Snook, Nicholas Braun, and Matthew Macfadyen were all nominated, as well, and they’re just as good or better and presumably much less “challenging” to work with.

For the record, in that same interview, Brian Cox said that he thinks that Succession has two more seasons left in it, though it’s possible the writers will decide that the story is finished after one more. He seems to prefer two more, because “its iconic nature is just hitting” and he thinks “people are going to want two more series, but they may only get one.”

← Watch the Trailer for 'Ambulance,' the New Movie from Michael Bay ... Wait, Come Back! Don't Go! | The Far-Right Is a Support Group for Losers →