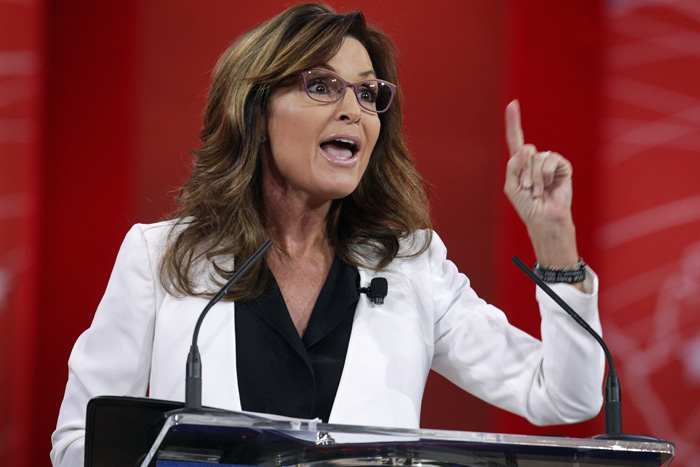 Sarah Palin Is Getting A Divorce

Hey, so you know how Sarah Palin has always presented herself as a perfect Christian vessel of God’s love and slapped her name on several ghost-written books about how she’s so full of down-home, Alaskan goodness that she’s clearly in the right to judge immoral liberals and their evil, worldly ways?

Her husband just dumped her ass.

In a document filed Friday in Anchorage Superior Court, Todd Palin, 55, asked to dissolve the marriage, citing an “incompatibility of temperament between the parties such that they find it impossible to live together as husband and wife.”

Goddamn. Normally, people just go with “irreconcilable differences,” so for a couple of simple, snowmobile-driving rednecks, that is a whole lot of fancy words about how both parties would prefer it if the other ate shit and died. Despite the Palins’ carefully curated public persona as devout conservatives, the news isn’t exactly surprising if you’ve been following their headlines over the years, which have generally been of the “Surprise, Bristol is pregnant out of wedlock again” variety, and that one time the entire family tried to drunkenly fight every person in town. In short, the Palins might try to pretend that they’re Little House on the Prairie, but behind the scenes, they’re a Springer episode where everyone’s drunk as hell and armed to the teeth, so it’s really weird that Meghan McCain hates them so much. Those are her favorite things!

As Alaskan journalist Craig Medred notes in his blog post that originally broke the story, rumors of infidelity on both sides have plagued the Palins for years, which they’ve naturally denied. However, there were persistent reports back in 2011 that accused Sarah of cheating on Todd with NBA star Glen Rice in the days before their marriage, and then later, she allegedly banged his business partner in 1996.

Are any of these rumors true? Who’s to say? But there’s a very good chance we’ll find out as the divorce goes public, and it seems a hell of a lot like Todd is sick of being cheated on by a woman who speaks in indecipherable word salads. It’s bad enough that she’s “allegedly” cuckolded him several times. Now imagine that on top of trying to figure out what the hell she’s saying on a daily basis. I would’ve tied raw steaks to my face and dove into a bear cave years ago.

In the meantime, as this news puts Sarah Palin back in the headlines and we all have a good laugh at how spectacularly stupid MY FATHER™ was to make her his running mate — which will always be John McCain’s most enduring legacy no matter how many times his daughter unhinges her jaw and bellows his name into Whoopi Goldberg’s ear — remember that Republican voters loved Palin so much that they overwhelmingly chose a similar candidate in Donald Trump. “The stupider, the better!” they practically screamed with their votes. “But can you make this one with a penis? It can even be all weird and mushroom-shaped. We’re not picky.”