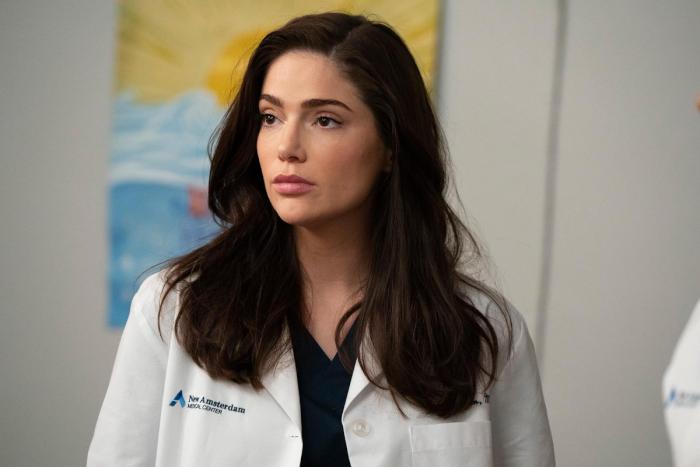 Who Dies In the 'New Amsterdam' Season 2 Premiere?

We haven’t checked in on NBC’s New Amsterdam since the first season finale, in which the fate of several characters was left up in the air. After Dr. Laura Bloom (Janet Montgomery) helped save the life of Georgia’s baby, and Dr. Helen Sharpe saved the life of Georgia herself (Lisa O’Hare), the three were traveling back to the hospital in an ambulance along with Max (Ryan Eggold) when they got into a terrible car accident. However, I surmised at the time that none of the three characters — Bloom, Georgia, or Sharpe — had died, and that the person with the sheet over his body was actually the ambulance driver.

Clearly, the ambulance driver does die, but according to the latest promo — spotted during Sunday Night Football — “one won’t survive,” meaning Laura, Helen, or Georgia.

I had almost completely forgotten about New Amsterdam until that promo brought it all back, and I found myself frantically searching social media feeds to find out who of the three might die. Instagram was of no help, as the only related photo on the feeds of the three actresses was this one, taken five weeks ago.

That seems like a goodbye dinner for someone, but who? What we do know — from another promo — is that all three characters make it to the hospital. 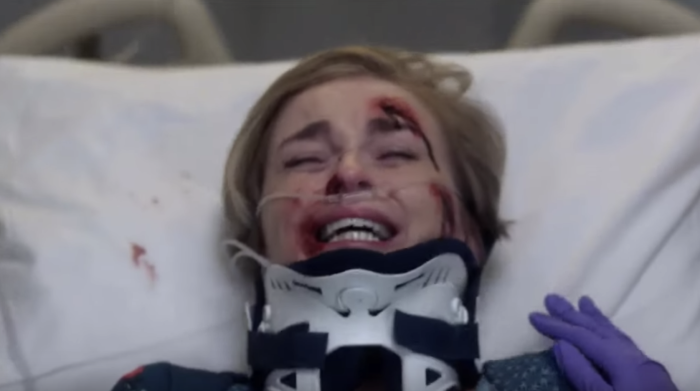 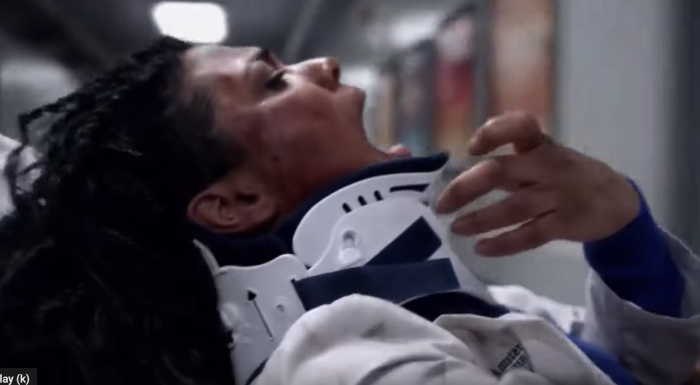 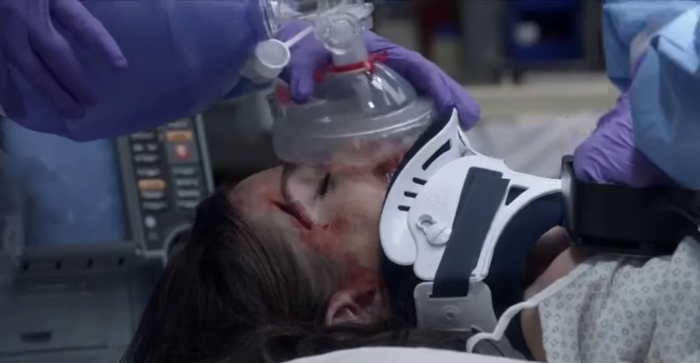 Fans of the series can also safely bet that the character who looks most likely to survive will be the one who dies in the end of the season premiere, while the character who looks like the one most likely to die will end up surviving. The odds on favorite is that it is Georgia who dies, which I presume based on a number of factors. First off, both Janet Montgomery and Freema Agyeman are series regulars while Lisa O’Hare is a recurring character. Moreover, both Agyeman and Montgomery dropped ads for the new season of New Amsterdam in their Instagram feeds, while O’Hare did not. Also, O’Hare was not in this read-through with the main cast.

I was getting a knot out of my necklace k guys? Sometimes you gotta multitask! #newamsterdam #tableread #backwiththefam #damfam

Meanwhile, the season premiere is set three months after the events of the finale, with flashbacks to the aftermath of the accidents. Three months hence, Max is with baby, and while the head of a hospital bringing an infant to a hospital full of disease doesn’t necessarily mean that the mother has died, it certainly leans toward that conclusion. 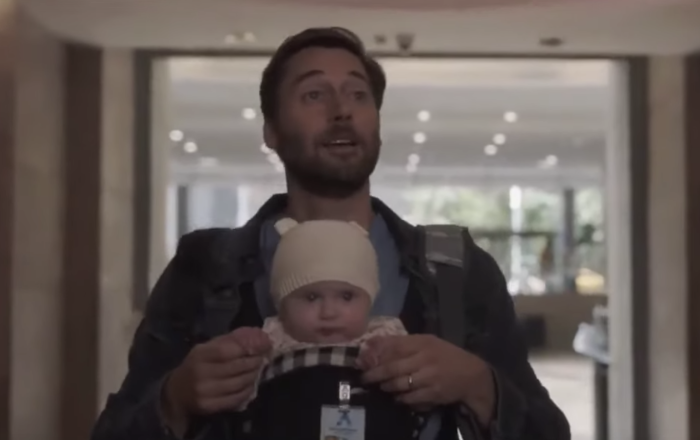 The bigger reason that Georgia is most likely to die, however, is narrative. It just makes sense. At the end of last season, Helen and Max shared a few moments and a romance looked possible, if not for the fact that Max was married to the woman about to have his baby. If Georgia dies, that takes her out of the equation and paves the way for a Max and Helen romance. Recall, too, that Helen is very anxious to have a baby. Her boyfriend, Dr. Panthaki, even offered to be a semen donor for her, but Helen turned him down, fearing that it would hurt their relationship. Helen even entertained the idea of adopting a baby left at the hospital.

It would be incredibly convenient from a narrative standpoint, therefore, to pair both Max and Helen. They get each other, and Helen gets the baby she wants, and everyone lives happily ever after until season three when someone else dies or Max falls in love with Dr. Bloom and there’s a big custody battle over Georgia’s baby.

New Amsterdam, by the way, returns on September 24th. I’m way more excited about this than I have any right to be.

← 'It Chapter 2' Wins the Box Office, but The Rock Has Bragging Rights Over 'Candy Asses' | Sarah Palin Is Getting A Divorce →