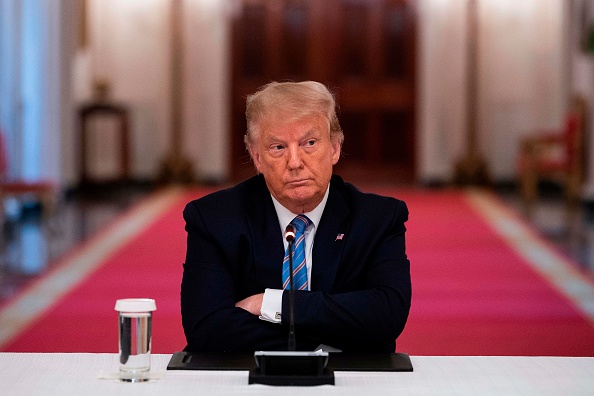 One More Week Until Donald Trump Completely Loses His $h*t

Joe Biden will be sworn in as President in 21 days.

There’s a lot to talk about this morning, but let’s start with the sad news: Luke Letlow, a Republican Congressman-elect in Louisianna, died of COVID-19 yesterday. He was supposed to be sworn in on Sunday. He was 41, and he left behind a wife and two young children. Letlow prioritized the economy over the virus, and he often did not wear masks. I don’t mention this to be cruel because I don’t want anyone to die of COVID (except a certain member of Congress whose name rhymes with Switch Showponnell). But it is another reminder that even fairly young people in positions of power with access to great healthcare can still die of COVID.

I’d like to think that the days of 3,000 deaths will soon be behind us (3,600 deaths yesterday), but the vaccine roll-out is yet another thing that the Trump Administration has botched. There were supposed to be 20 million vaccinations by the end of the year. With only a few days left, there have been 11 million vaccines distributed, but only 4 million administered. At the rate that things are going, it would take 10 years to arrive at herd immunity via the vaccine. Things are so bad that, in Florida, people in their 70s and 80s are being asked to go to vaccination sites at 4:30 a.m., to bring blankets and their medication, and hang out all day with other old folks (many of whom are not wearing a mask) to get the vaccine. Basically, these vaccination lines are superspreader events.

In order for everyone to be vaccinated by June, we’d need 3.5 million people vaccinated a day. Biden is not even promising that — he’s hoping for 100 million in his first 100 days. The states need to figure this out, because Trump sure as hell ain’t going to help because he’s dealing with the vaccine rollout the same way he’s dealt with everything else: Placing all the onus on the states and abdicating all responsibility.

The Federal Government has distributed the vaccines to the states. Now it is up to the states to administer. Get moving!

Britain, meanwhile, has approved the AstraZeneca and the University of Oxford vaccine. The vaccine is only around 70 percent effective at preventing infections, but I believe it is 100 percent effective at preventing severe cases. It’s also cheaper, easier to produce, and can be stored in a regular refrigerator, so it’ll be much easier to transport. The Pfizer and Moderna vaccines are good starts here in the States, but I suspect that once it is approved, most of us who are not in high-risk categories will be getting the Oxford vaccine. We just need to figure out how to distribute it more quickly before the infectious variant of the Coronavirus that has taken over Britain takes over the United States, as well. It’s already been spotted in Colorado, and given the way the virus is already being transmitted in the States, it probably won’t take long for it to take over here in America.

Meanwhile, we’re not going to get that $2,000 check before Biden is sworn in. Mitch McConnell blocked it yesterday, despite a number of Republicans — including Loeffler and Perdue in Georgia — saying they would approve of it. They didn’t mean it, of course, but McConnell gave them all cover so that they could have their cake (we approve!) and eat it, too (by not having to vote on it). Hopefully, the Democrats win the runoff because of McConnell’s decision (and Trump’s continued insistence that $2,000 checks are approved) and the Democrats gain control of the Senate. It will make things so much easier.

On the other hand, I think that as soon as the runoff is over, Mitch McConnell and the rest of the establishment Republicans are going to drop Trump like a hot goddamn potato. You know how Trump would assassinate the character of every Republican he fired? I think they’re going to do the same thing to him. I do think the GOP — at least in the Senate — is sick of Trump, although isn’t it ironic that the party is unraveling over giving Americans $2,000 during the worst public health crisis of our lifetimes? Pence, meanwhile, is declining to help Trump Republicans in Arizona overturn the election results on January 6th, which I think will be the final nail in the coffin. That’s when the relationship between Trump and the establishment Republicans will be completely severed. January 6th is a week from today. That’s when Trump completely loses his shit.