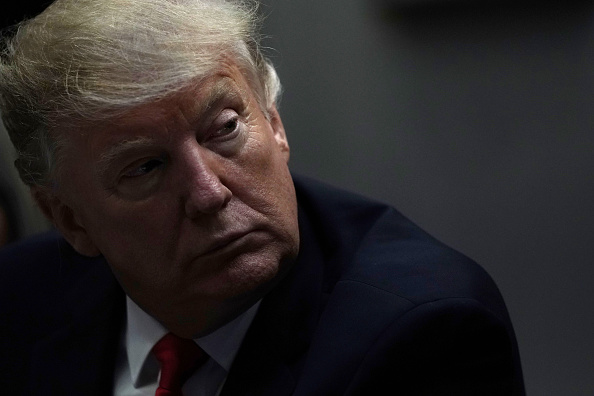 Oh, So Now He Decides to 'Govern'

After hiding away in his metaphorical White House basement for the better part of two months, tweeting baseless claims, and refusing to answer questions or perform the basic duties of a President, Donald Trump poked his head out of his alternative-reality long enough last night to blow up a COVID-relief package that it took 9 months for Congress to finally agree upon. The stimulus bill is attached to the regular annual budget, and Trump took issue — not with most of the provisions of the stimulus bill — but spending (especially foreign aid) in the budget. He also called the stimulus bill a “disgrace” and demanded that the $600 direct payments be increased to $2000.

Why yes, OK! $2,000! Nancy Pelosi joined Trump in asking for $2,000, and she plans to introduce a clean bill in the House today to ask for a unanimous consent vote on the $2,000 checks. The House might pass it, but it’s highly unlikely that the Senate will, which sets up a few possibilities: Trump vetoes the stimulus bill and Congress (which has the votes) overrides it (humiliating Trump); Trump vetoes it and the bill dies; or Trump vetoes it and Biden picks it up when he comes into office and he gets all the credit.

The Democrats, in the meantime, are having a good time razzing the Senate Majority Leader. “I’m in. Whaddya say, Mitch?” Chuck Schumer tweeted. “Let’s not get bogged down with ideological offsets and unrelated items and just DO THIS! The American people deserve it.”

“Seems like [Mitch] is now the only roadblock to getting the American people $2,000 checks,” tweeted Rep. Mark Pocan in Wisconsin.

In the meantime, Steven Mnuchin — who helped negotiate this deal — suffers yet another humiliation. *sad face*

The bigger problem right now is that we’re running out of time. Unemployment insurance runs out on Saturday and 12 million people will lose their benefits. Without a budget, the government will shut down on Monday — can you imagine the government being shut down until Biden is inaugurated? That’s a possibility with this President. Congress is going home for Christmas. Trump is going to Mar-a-Lago. Like, WTF? There’s a pandemic going on, folks, and while I’d love for Congress to get $2,000 checks out, too, it’s doubtful that the Senate will approve. Meanwhile, Trump is playing chicken with Mitch McConnell and IT’S JUST THE ENTIRE U.S. ECONOMY ON THE LINE.

Elsewhere, Trump handed out 15 pardons and 5 commutations to literal war criminals, Russia inquiry figures, and Republican Congressman in prison for corruption. I believe I read somewhere that 88 percent of the pardons Trump has given have been to people he is politically connected to. He’s just handing them out to loyal buddies to repay favors, and there’s nothing any of us can do about it. It’s so gross and so maddening, I really don’t even want to talk about it.

The one bit of good news is that the Trump Administration finally made a deal with Pfizer for another 100 million doses of their vaccine, to be delivered by the end of July. That’s a good backstop in the event that the Johnson and Johnson and/or Astrozeneca vaccines do not come through. I know very well that we may have to wait until July for the general population to get vaccinated, but also, if we have to wait until the end of July, I’m going to pull my teeth out. I haven’t seen anyone besides my wife and kids since November 6th, but more than anything, I miss going to the movies.