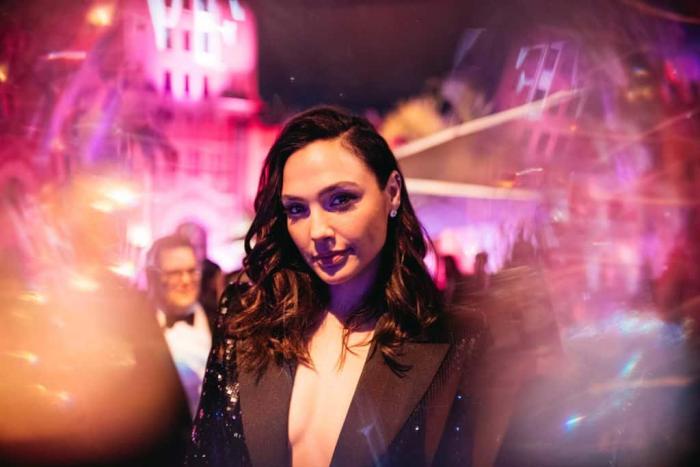 The announcement that Wonder Woman actress Gal Gadot would star in an epic movie based on the life of Egyptian queen Cleopatra inspired many conversations, to put it mildly. Various critics questioned the casting over issues of historical whitewashing and noted that the role could more ably be played by an Arab or African actress. In a conversation with BBC Arabic’s Sam Asi, Gadot responded to those comments:

‘First of all if you want to be true to the facts then Cleopatra was Macedonian. We were looking for a Macedonian actress that could fit Cleopatra. She wasn’t there, and I was very passionate about Cleopatra.

I have friends from across the globe, whether they’re Muslims or Christian or Catholic or atheist or Buddhist, or Jewish of course… People are people, and with me I want to celebrate the legacy of Cleopatra and honor this amazing historic icon that I admire so much.

You know, anybody can make this movie and anybody can go ahead and do it. I’m very passionate that I’m going to do my own too.’

I must say, the whole ‘well, if you’re so mad then why don’t you go make your own movie’ line of response has always been an interesting one.

Cleopatra was the last ruler in the dynasty founded by Alexander the Great’s Macedonian general Ptolemy. Historians have speculated about her heritage and appearance for centuries. She probably wasn’t completely European, at the very least, if only because the dynasty had been in Egypt for a few centuries by the time she rose to power. Her family was also reportedly mega-incestuous. Kathryn Bard, Professor of Archaeology and Classical Studies at Boston University, told Newsweek that Cleopatra was definitely white, but a BBC documentary from 2009 suggested she had mixed ancestry.

The Cleopatra question is as much one of cultural fidelity as it is historical. Centuries of art, theater, and opera portrayed her as a white woman. She’s been heralded by film for decades and is almost exclusively played by white actresses. For years, Sony tried to make a new Cleopatra movie with Angelina Jolie in the lead. Most stories focus primarily on her legendary beauty and love affairs, so you can see the precedence set by tying such things exclusively to whiteness.

Gadot even comes close to acknowledging the issue by admitting the difficulty in finding a Macedonian actress to play Cleopatra, then just deciding to play her herself. Whether or not that’s just an excuse to justify her developing this project for herself is beside the point. It’s a question of opportunity, as Hanna Flint noted in The Guardian. It’s not as if opportunities for Middle Eastern and North African (MENA) actors are plentiful in Hollywood — one can turn to the sheer absence of them in the new Dune movie despite the source material being hugely influenced by Middle Eastern and Islamic culture — and this certainly would have been a great chance for Gadot to support an actress with her clout.