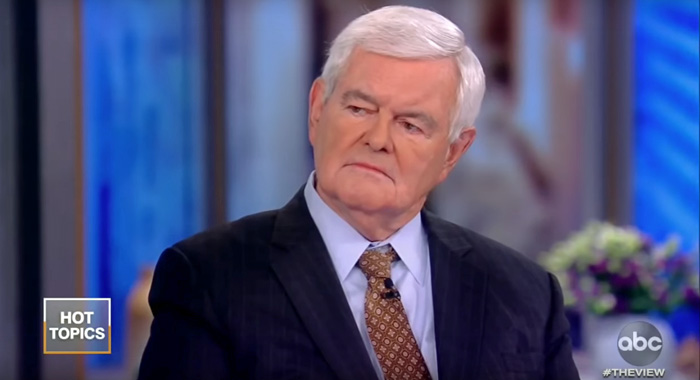 Newt Gingrich Tried to 'Well, Actually' Lynching like the Gangrenous Dong That He Is

Before we get lost in the thick, mayo quagmire that Newt Gingrich barfed up on The View, I’d like to draw everyone’s attention to this informative and powerful thread that Pod Save The People co-host Brittany Packnett Cunningham just dropped on Twitter in case there is even the slightest bit of confusion on why Donald Trump has absolutely zero business comparing his self-made predicament to a lynching.

I want you all to read “Lynch Law” by Ida B. Wells, the Black woman activist who forced America to reckon with her own racial terror, to understand why #lynching is not a term to toss haphazardly. https://t.co/gnuDW5bQoN pic.twitter.com/0wsoCUnodW

Just like the far-left immediately fell on their swords to defend Tulsi Gabbard from Hillary Clinton because zealotry is a motherf*cker, the GOP is out in full force and telling the press that it’s just fine and dandy for a wealthy, white, president to equate an impeachment inquiry with being hanged and murdered by a street gang for the color of his skin. They’re practically the same thing!

To the surprise of no one, Newt Gingrich locked down the Daddy’s Best Boy Award because he fit the whole mushroom in his mouth while filling in for Meghan McCain this morning. And, don’t worry, it absolutely wasn’t lost on me that ABC needed someone to make it feel like Meghan never left and the answer came back Newt. I have sipped deliciously from that tea. That said, would Meghan have gone as far as Newt did to defend Trump? I honestly don’t know if she’s this dead inside. Also, it’s hard to tell with all of the Jell-O shots jiggling around. I can’t get a good read…

“Look, put yourself — this is really a big leap — but put yourself for a second in Trump’s shoes, okay?” Gingrich said. “You got beaten up for over two years with the Mueller thing. You start to relax. All of a sudden there’s this whole new wave of things, and I think part of what you have is a guy here who’s just really deeply frustrated that no matter where he turns, you know, the fight keeps going on.”

Conservative co-host Abby Huntsman asked if the president brings a lot of his troubles on himself, and the audience cheered and applauded.

“I think he’s a very important historic figure,” Gingrich responded, “but I do think there are things that he does that make it all harder. I think that, you know, at times I think that had he been — if he were more disciplined, he would have a much easier road than he does. He sort of chews up his own road.”

Okay, that right there is Meghan country. If Trump were a little more disciplined and put a slicker shine on all of his racism and crimes — and maybe kissed John McCain’s ass a little more — well, that’s just good politics. Trump would be coasting right along because, obviously, the real problem is presentation and not the fact that he’s a putrid yam who rules through pure grift and blatant bigotry.

And speaking of bigotry, here’s where things went super south for Newt (emphasis mine):

Gingrich then started to change the subject to Rep. Adam Schiff (D-CA), whom he misidentified as “Steve,” but co-host Sunny Hostin challenged him to defend Trump’s “lynching” complaint.

“Okay, all right, I’m going to be very politically incorrect,” Gingrich said. “Most of the early American movies on lynching were about lynching white people. One of the largest lynchings of the 19th century was Italians, so there is a tradition here. It’s not only about black people.”

God. F**king. Dammit. As Tori expertly noted in Slack, early Hollywood movies couldn’t cast black actors because of studio racism, so it’s kind of hard to show black people being lynched when you’re not even allowed to cast them, Newt, you blubbery moron. But that’s missing the forest for the trees, because only a dead-eyed racist can sit there and tell Whoopi Goldberg to her face that actually white people were lynched, too, so maybe black people shouldn’t be so uppity about it. That’s the hill Newt Gingrich chose to die on for Cheeto Rapey Jesus III.

Granted, Newt is slightly right-ish that it wasn’t only black Americans who were lynched even though they were the predominant victims by a wide margin. But let me ask Newt this: Are Italians or the Irish still being regularly threatened with lynchings in the year 2019 because it still holds a specific and historic connotation to their race? Or let’s take it one step further, is law enforcement bypassing the whole noose business and jumping straight to the execution part by gunning down Italians and Irish at will? Because I don’t seem to see that happening, Newt, which is weird because I’m not the one taking shots in the eye from the president. It’s just one of life’s mysteries, I guess. 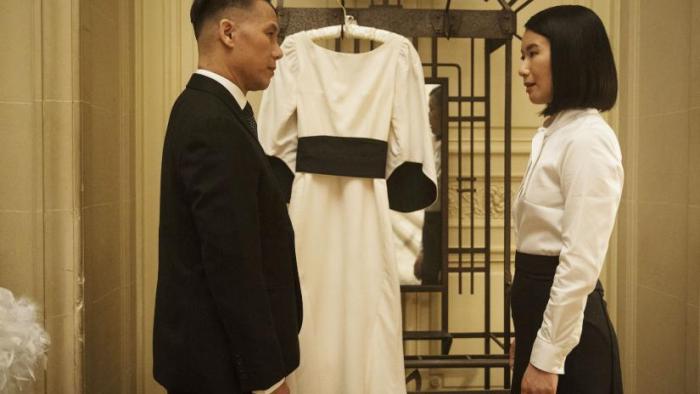 'Mr. Robot' Recap: And Now We Know Where Whiterose Got Her Name