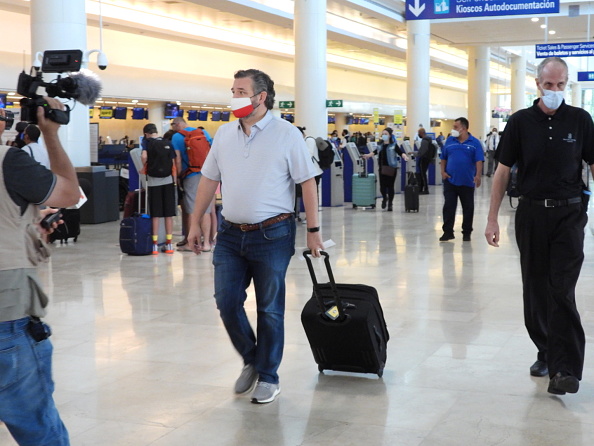 Good morning. It’s been 343 days since Tom-and-Rita day. That’s less than a year, and thanks to science (and some better planning by the Biden Administration), the United States is currently administering 1.6 million doses of vaccine a day, and shipping out 13-15 million doses a week. That amount is going to ramp up from here very quickly — each week, it seems like we’re adding 10-20 percent, and we’ll soon have enough vaccine to administer 4.5 million shots a day. We’re well ahead of Biden’s original goal of 100 million shots in the first 100 days and we’re now trending better even than his goal of 150 million shots in the first 100 days. By July, every adult who wants one will at least be able to make an appointment.

Kids, however, are another issue. We don’t talk about kids and vaccines that much because kids are not affected by it nearly as much (250 deaths in kids compared to 500,000 in adults) and nor do they spread it at the same rate. The NYTimes Daily podcast did cover that topic this morning, and the long and short of it is: We won’t be able to achieve herd immunity until kids are vaccinated (because they are 25 percent of the population). Trials are currently ongoing with older kids, and there’s hope that they will be able to take it in the late summer/early fall, and smaller kids will hopefully be offered the ability to be vaccinated by the end of the year. Becasue teachers, staff, and caregivers will be protected, they don’t foresee any problems returning to school full time in the fall (barring problems with variants, and assuming the vaccines are safe in kids).

In fact, the biggest problem that they see with vaccinating kids is that there will be a lot of reluctant parents who won’t want to vaccinate their kids (especially younger kids) because the virus doesn’t often affect them. I suspect that schools will (hopefully) force students to be vaccinated in order to be enrolled, otherwise, herd immunity will escape us.

That sort of thing is already going on in Israel, where half the population has already received one dose. There, it’s already being set up so that folks who want to travel or go to restaurants, etc., will have to show that they have been vaccinated. America will soon have to grapple with that question, too, between public health and civil liberties. Is having a QR code showing that you have been vaccinated a good idea? Is it a good idea to make admittance into a bar or nightclub contingent upon that QR code?

Elsewhere, I find these vaccine hunters kind of interesting — not the illegal or unethical kind, but the kind where folks use Facebook and Reddit to locate extra or unused doses. I didn’t realize this, but in many cases, if you take a senior to get their vaccine, you may be able to get a vaccine, as well. Plus, these ad hoc online communities are trying to keep unused doses from going to waste (just be careful of misinformation and scams).

On the vaccine front, we’re also seeing that just one dose of the Pfizer shot — according to data out of Israel — prevents 75% of infections and 85% of symptomatic infections after 28 days. This seems to support the strategy out in the UK of delaying those second shots.

— We landed another rover on Mars yesterday, as we continue to search for signs of life. The rover will traverse 15 miles across the surface of Mars, which will take years.

— Electricity has returned to much of Texas, but several hundred thousand are still without as temperatures begin to warm back up. Water, however, continues to be a major source of problem. There have been 47 deaths associated with the winter storms.

— Speaking of which, I don’t know how much we want to get into the comedy of errors that was Ted Cruz’s attempt to clean up his mess yesterday. Last night, he basically came clean while still blaming his kids, saying that yes, he had planned to stay in Cancun until this weekend but that he changed his mind and returned home after the guilt got to him. That accounting, however, didn’t apparently get to Sean Hannity in time, so Cruz spent his segment on Hannity’s show basically answering questions based on his earlier, fake excuse. It was a fumbling, bumbling mess.

Hannity keeps saying Cruz was just going to drop off his kids in Cancun to make a “quick roundtrip.” Yet Cruz admitted he was planning to stay through the weekend. Texts leaked show his wife planned a getaway with neighbors. Cruz now says he planned to “work remotely” from beach

Beyond everything else, I still can’t get over the fact that Cruz said that his daughters wanted to go to Mexico with some friends, and that Heidi tried to arrange the trip with some neighbors (one of whom sold them out by leaking the texts to the Times) and that we’re just completely ignoring the fact that we’re in the midst of a goddamn pandemic.


← Harry and Meghan Will Not Return to the Royal Family as Working Members | Trailer Round-Up: 'Lucky,' 'Come True,' 'Shiva Baby,' And More →