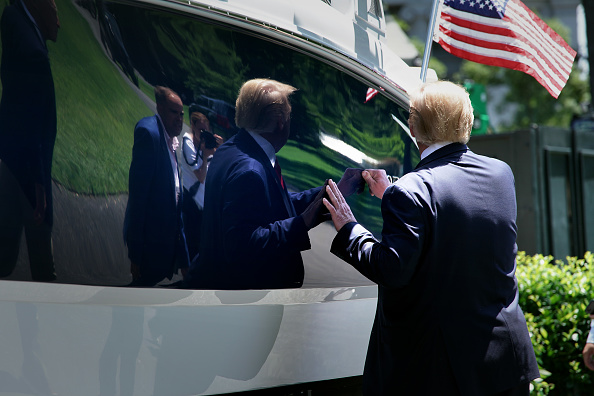 Jealousy Is an Ugly Thing

16-year-old Greta Thunberg was named Time Magazines Person of the Year yesterday, thanks to the Swedish teenager’s efforts to convince governments around the world to do something about climate change. It’s fitting, too; I believe the first time we covered her was in December of last year, when she delivered arguably the most powerful moment of 2018 with her speech on climate change in front of the U.N. Ms. Thunberg has been a massive inspiration to millions of young people, and a few old people, as well.

On the other hand, Donald Trump is a petty little man who covets the Time Person of the Year more than anyone else on the planet (Thunberg, meanwhile, probably doesn’t know or care what Time Magazine is). Trump actually won the award in 2016, after defeating Hillary Clinton, but the three awardees since then have all been people opposed to Trump, more or less. In 2017, it was the Silence Breakers — those who spoke out against sexual harassment by the likes of Harvey Weinstein and Donald Trump. In 2018, it was The Guardians, journalists around the world who risked their lives (and in some cases, lost their lives) to report on authoritarian regimes (i.e., Trump’s buddies). And this year, it’s Greta Thunberg, who is leading the effort to prevent the worst effects of climate change, which Donald Trump does not believe in.

Naturally, Donald Trump — who lied in 2017 and said he was offered Person of the Year but had it taken away after he refused to sit for a photoshoot — is jealous of the 16-year-old for upstaging him, because Donald Trump believes the world should revolve around him, and that 16-year-olds should be hanging out in the mall. He said as much on Twitter:

So ridiculous. Greta must work on her Anger Management problem, then go to a good old fashioned movie with a friend! Chill Greta, Chill! https://t.co/M8ZtS8okzE

But Professor Karlan should be ashamed of herself for mentioning Barron Trump’s name? OK, Boomer? It was an idiotic, mean-spirited, dismissive, patronizing bullying tweet, and Twitter let him know it.

The President of the United States tweets sarcastically criticizing the voice of a teenager with Aspergers because he does t like her message about Climate Change. And you Christians think he is great.

Facing impeachment, our 73 year old “president” is attacking a 16 year old girl with Aspergers, who is known the world over for her passionate work on climate change.

#BeBest, bitch.@FLOTUS, really looking forward to your angry tweet telling your husband not to involve minor children in political arguments. I'm sure it's on the way. #thursdaythoughtshttps://t.co/IY8mHnaowA

Patiently waiting for Melania to condemn those who are bullying a teenager with Aspergers.#BeBest #Barron

There's a big difference between anger and righteous indignation.

Anger is an expression of hostility.
Righteous indignation is a constructive response to injustice.

In the end, of course, Greta got the last burn in, because she is Greta and he is a barnacle who feasts on the rot of toxic souls.

She won this battle, not only because this is a solid troll move, but also because she's not the leader of the free world spending a morning tweeting about a Swedish child. https://t.co/6f0AyUmBqu

There’s an interesting side note here, however. Trump here made the comment in response to Roma Downey, who was genuinely congratulating Thunberg. Downey is best known for producing and starring in The Bible, as well as her role on nine seasons of Touched by an Angel. She also produces a lot of faith-based works. If you look at her timeline, she advances a lot of Christian stuff (which I am not disrespecting in the least):

But she also is a big fan of Thunberg. She retweeted this after congratulating Thunberg:

Climate activist @GretaThunberg was just named Time's Person of the Year. She's the youngest individual to ever receive the honor.

But here’s the thing about Roma Downey: She’s married to Mark Burnett, the producer of Survivor and The Apprentice, and the guy who produced Trump’s inauguration. I’m sure that he thinks that Burnett and Roma are super good friends, so he probably felt weirdly betrayed by Roma after she tweeted congratulations to Greta, because Trump rightfully believes that support for Greta is disapproval of Trump.

Also, she is pushing the hell out of that Netflix series, The Messiah, and knowing that she’s behind it — no offense — makes me a lot less interested in what I thought might have been a decent thriller about hot terrorist Jesus.