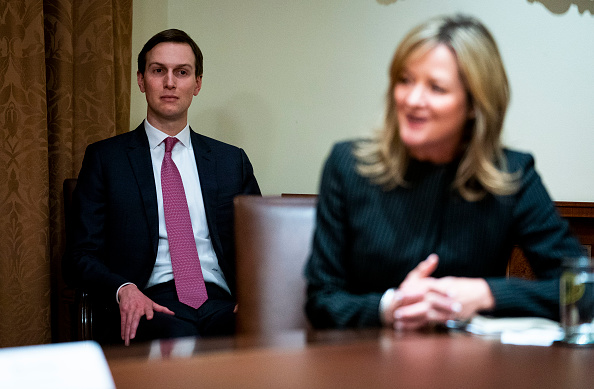 Jared Kushner Is Not a Good Person

The sports world stopped last night. It was like nothing the sports world has ever seen. Four years ago, Colin Kaepernick took a knee. Last night, entire leagues, teams, and players refused to play in protest of racial inequality in the United States.

“I think this world has to change,” George Hill of the Milwaukee Bucks said. “I think our police department has to change. Us as society has to change. And right now, we’re not seeing any of that. Lives are being taken, as we speak, day in and day out, and there’s no consequence or accountability for it, and that’s what has to change.”

It was an upsetting but ultimately inspiring night, and we still don’t know if the NBA is coming back. We don’t know what’s going to happen in the days and weeks to come in the wider world of sports. But the players are demanding action from their owners, and from the wider world.

And what does Donald Trump’s right-hand man, billionaire Jared Kushner, think of all this?

“The NBA players are very fortunate that they have the financial position where they’re able to take a night off work without having to have the consequences to themselves financially,” Kushner told CNBS’s Squawk Box this morning. “They have that luxury, so that’s great.”

"The NBA players are very fortunate that they have the financial position where they're able to take a night off from work without having to have the consequences to themselves financially," says White House senior advisor Jared Kushner on the NBA player boycotts last night. pic.twitter.com/nHlRBNIzaf

He must have thought it was a good line, because he later said it again.

Jared Kushner says he'll reach out to @KingJames today.
"What I'd love to see from the players in the NBA—again they have the luxury of taking a night off from work, most Americans don't…I'd like to see them start moving into concrete solutions that are productive." @politico

Is that what Kushner means by “very fortunate”?

Jared Kushner, born into wealth and married into even more wealth, who has failed at everything he’s been tasked to do and only gotten jobs because of daddy, thinks LeBron James should solve racism. https://t.co/Wljb5XFHGs

Jared Kushner is fortunate he's not in prison yet.

WH on biggest sports protest in a generation:

Jared Kushner: "The NBA players are very fortunate that they have the financial position where they’re able to take a night off from work."

Marc Short: "It's absurd and it's silly…If they want to protest, I don't think we care." https://t.co/qRpoG4rqQK

No one knows more about “concrete solutions that are productive” than Jared Kushner, the man who solved the opioid crisis, brought peace to the Middle East, launched a flawless federal response to the coronavirus …

I mean, we could spend all day talking about his successes! https://t.co/3NpuEe9eD3

I’m starting to believe that people in the Trump administration might not be very good people.


← Jake Johnson Reads Thirst Tweets, Knows You Thirst For His Nose | Someone Made the Perfect RNC Theme Song →