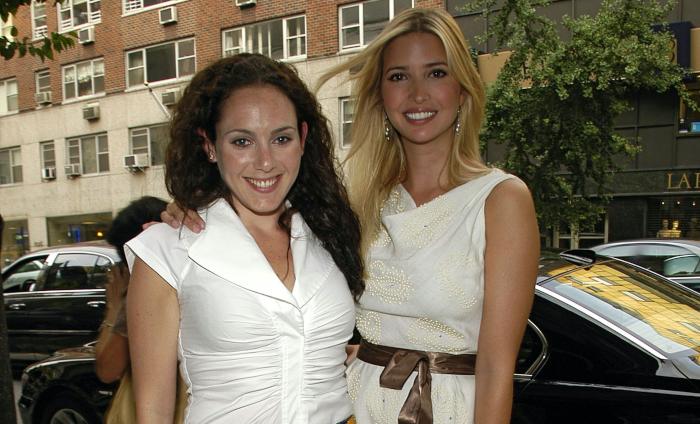 Lysandra Ohrstrom was Ivanka Trump’s maid of honor for Ivanka’s wedding to Jared Kushner and her best friend for ten years, which immediately makes me suspicious of anything that Ohrstrom might have to say about Ivanka Trump and classism. But, a quick perusal of her Twitter feed suggest that Ohrstrom is legit, and it leaves you kind of wondering how she was ever friends with Ivanka to begin with. Then again, we probably all had one or two terrible friends in high school and college, and Ohrstrom and Ivanka had a falling out in 2009, long before Trump set his sights on the White House.

Last week, Ohrstrom took to the pages of Vanity Fair to shit talk her old best friend, which is the sort of gossip we need right now. As Ohrstrom tells it, Ivanka (unsurprisingly) has always hated poor people:

As she’s touted the achievements the Trump administration has made for the middle class while not-so-covertly pursuing a massive wealth transfer to corporate America, I’ve been reminded of a phone call we had in our mid-20s. Ivanka always solicited book suggestions from me, and I had recently recommended Empire Falls, Richard Russo’s 2001 Pulitzer Prize-winning novel about the life of a diner manager in a working-class community in Maine. “Ly, why would you tell me to read a book about fucking poor people?” I remember Ivanka saying. “What part of you thinks I would be interested in this?”

Hey! F**k you, Ivanka! Empire Falls is great (Nobody’s Fool is better). Ivanka was classist, too:

When Eric Trump posted a photo on Twitter of a mansion supposedly belonging to Joe Biden and wondered how a politician could afford such a house, I thought about how Ivanka used to point out inconsistencies between a character’s profession and their lifestyle when we went to the movies. “Since when can a teacher afford a BMW?” she would ask, munching on her usual small popcorn, coated in what would be an unpalatable amount of salt to a normal person. Or, “Why is a police officer living in a house like that?”

And if you really want to know what kind of person Ivanka is, I think this sums it up succinctly: “One of the earliest memories I have of Ivanka from before we were friends is when she blamed a fart on a classmate.”

Low-class. If a Trump can’t even own up to a fart, how could anyone expect them to take responsibility for *waves arms around wildly*?