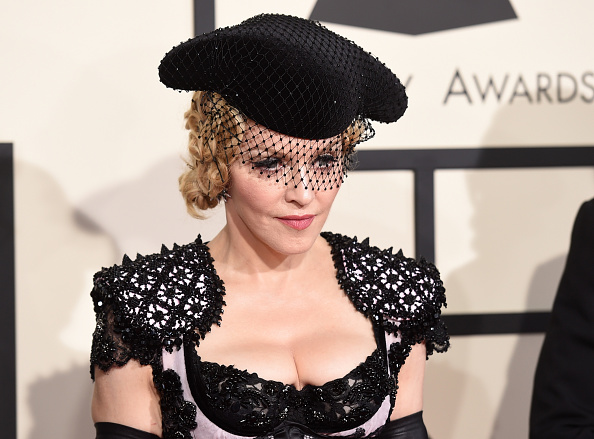 Madonna has always been a little out there, but generally speaking, she came down on the sane side of things. Unfortunately, she’s gone full MAGA Boomer and joined Donald Trump and Donald Trump, Jr. among those who have been censored by social media for promoting the words of Stella Immanuel, the “doctor” who claims that hydroxychloroquine is a cure for Covid-19, but also that there is a gene in one’s brain that is responsible for one’s religiosity but that liberals are vaccinating against it.

Yesterday, I ran our story on Twitter deleting a Trump tweet and suspending Donald Trump, Jr., before we knew as much as we now know about Stella Immanuel, the central figure in the video that Facebook deleted but that Trump tweeted to his 84 million followers. Immanuel — who Trump, Jr. claimed is a “must watch” — is a Texas doctor who also believes that gynecological problems are caused in women by having sex with demons and witches in their dreams, and that government is run by reptilians and other aliens.

She is not a trusted medical source.

Donald Trump should have known that, of course, but in last night’s bullsh*t Coronavirus press briefing, Trump once again promoted Immanuel, saying that she is “very impressive,” that “she’s had tremendous success with hundreds of different patients,” and that “I thought her voice was an important voice.” It’s important, too, that you see this in context, because Trump says this about Immanuel as he is being told about her crackpot viewpoints. When pressed on it, Trump abruptly ends the press conference.

TRUMP: "I can tell you this: She was on air, along with many other doctors, & they were big fans of hydroxychloroquine. I thought she was very impressive" pic.twitter.com/nSui8DOLDL

All of which brings us back to Madonna, who also had a post removed on Instagram after she called Immanuel her “hero,” in promoting the video. Specifically, Madonna wrote that Immanuel will “set us all Free! But some people dont want to hear the truth. Especially the people in power who stand to make money from this long drawn out search for a vaccine Which has been proven and has been available for months. They would rather let fear control them and let the rich get richer and the poor and sick get sicker. This woman is my hero 🙏🏼 Thank you Stella Immanuel.”

Madonna posted the video of Dr. Stella Immanuel, the physician who falsely stated that hydroxychloroquine is a cure for Covid-19 and that masks don’t help to reduce transmission

In her caption, Madonna says the so-called “Demon Sperm” Doctor is her hero

I don’t know who needs to hear this, but definitely Madonna and the President of the United States: Just because someone who has a degree says something in front of a camera does not make it true, even if it is something that you want to be true.

The good news is, according to Stella Immanuel, if the videos are not restored to Facebook, God will destroy the social network’s servers. So, uh, win win.


← Stolen Mama Bear Recovered, Ryan Reynolds Celebrates | It's The End Of 'Friday Night Lights' (But Only Season Two) On Podjiba! →