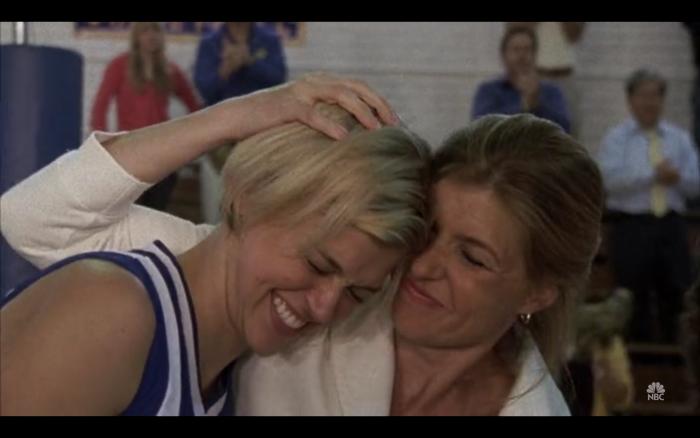 Well, here we are.

Five weeks of Friday Night Lights (but only season two). Fifteen episodes of murder, shark stem cells, teen angst and jealousy and then volleyball for some reason?

But now we’ve reached the end of our journey, left with all the questions that will never be answered, mostly due to the 2007-2008 strike, which cut the season short and gave the show an opportunity to jettison the storylines they no longer wanted to cover (sorry, Santiago!).

Hopefully, it was an entertaining look back at the show (for those of you who are fans), or perhaps a fun first look (for those of you new to the show, also, we apologize for making you dive into the weakest season, even though we still enjoyed it!).

Which now leads us to the question: what now? Do we return to our traditional format? Will Dustin and Tori finally convince Dan to watch Dark? Will Tori finally talk about Cursed on the podcast?

The answers to those questions: Not yet, maybe, and probably not (sorry!).

BECAUSE AUGUST HAS BEEN DEEMED SUPERNATURAL MONTH!

Yes, instead of trying to sift through the latest Peacock has to offer (although I have been thoroughly enjoying the Peter Stormare-led Swedish Dicks, which I didn’t get to see the first time around) or whatever, our own Tori Preston has curated a selection of episodes from the fifteen seasons of Supernatural to give two neophytes to the show a sampling of what it’s all about.

The goal: hopefully we have some fun and it leads us to some fun podcast episodes.

The real goal: Make Dustin fall in love with the show so he has to go back and watch all 325 episodes in order.

Will we succeed? Will we fail? Follow along with Tori’s syllabus:

Hopefully it ends up being a journey we all can enjoy together. Or just listen to us ask Tori a ton of questions as we try to piece together all of the show mythology based on some recaps and a few select episodes!

But that all begins next week. For this week, as always, you can find the episode at your favorite podcast provider, embedded below, or downloaded right here.