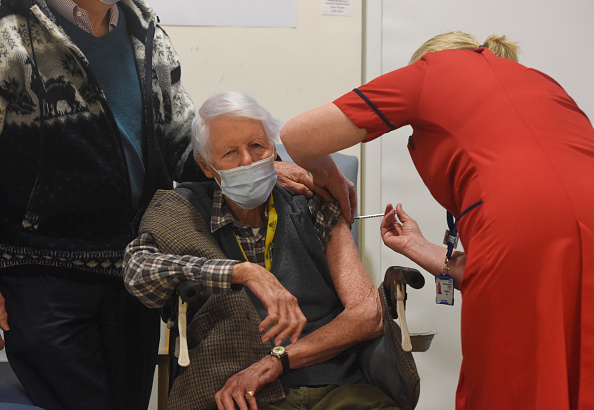 Yesterday, the Trump Administration and Operation Warp Speed got a lot of sh*t after the New York Times (and Washington Post) reported that the Trump administration only contracted with Pfizer — the manufacturers of the first vaccine to be authorized for emergency use in the UK (and likely in the U.S. next week) — for 100 million doses last July, and chose not to put in an order for additional doses when Pfizer offered. I don’t like to defend the Trump Administration, but there are a few things I need to say about this news story. First off, the tweet sent out by the NYTimes was somewhat misleading:

Breaking News: Trump administration officials passed when Pfizer offered in the summer to sell the U.S. more coronavirus vaccine doses, people familiar with the matter said. Now Pfizer may not be able to provide more doses to the U.S. until next June.https://t.co/aGhcHoa9F3

It should read, “Pfizer may not be able to provide more <>than the 100 million doses already contracted until next June, because my first read of that suggested that we’d have to wait until June to get a substantial number of doses.

Second, look: Trump takes all the credit for Operation Warp Speed, but come on. Trump has little to nothing to do with it. He didn’t make any decisions, because he doesn’t understand any of this. He thought you could drink bleach and cure the virus, for God’s sake. People with far more knowledge than Trump made these decisions, and while it doesn’t feel like the smart decision in retrospect, in July, it felt like the right decision.

You can go back and look at all the news stories in July, and while the Times pretends like this is all new information, it was public in July. We purchased 100 million doses for $2 billion, and we had the option (which we apparently did not exercise) to buy an additional 500 million doses. At the time this story came out in July, we — the public, Twitter, some readers here (check the comments!) — thought it was a smart decision: Yes, let’s spend $2 billion for 100 million doses, but let’s not put all of our eggs into one basket. Pfizer — as they have stressed — wasn’t even officially part of Operation Warp Speed.

Meanwhile, a few weeks later — in August — we also spent $1.5 billion for 100 million doses of the Moderna vaccine, which again seemed smart at the time. We also apparently had an option with Moderna to buy another 400 million doses in the first half of 2021. I don’t know to what extent we have exercised that option.

The point is this: Everyone is sh*tting on Operation Warp Speed — again, not really a Trump thing, even though he takes all the credit — for not doing something no one had any problem with back in July and August. There were dozens of companies with vaccine candidates and no one had conducted trials by that time, so if someone had come and said, “Would you like to buy 500 million doses of our unproven vaccine?” we would have flipped the hell out if the Administration had said yes (besides, in July, it felt like the Astrozeneca vaccine was the safety best, and it turns out to be the least effective vaccine, so far).

So for this — and this alone — I believe that Operation Warp Speed is getting a bad rap.

In either respect, the government believes — with the Astrozeneca and Johnson and Johnson vaccines likely reporting results in early January and being available in February — that we will have enough vaccines for everyone in the first half of 2021. I guess we’ll see.

Meanwhile, the first authorized fully tested vaccines were given in the UK this morning, and while this is amazing, I am looking forward to how routine this will be for all of us in the coming months.

The second person to get poked was a fella named William Shakespeare.

Second patient to get the COVID jab at University Hospital Coventry - would you believe it….William Shakespeare from Warwickshire pic.twitter.com/y0LzxgbJ9w

A few weeks ago, there was a thread going around Twitter — a very popular one — that suggested that our protection would not be strong enough to defend against a coronavirus infection until 15 days after the second shot. I don’t know who the person who originated that tweet was or if she knew what she was talking about, but it was one of those things where misinformation is spread on social media because the person spreading it sounds authoritative. But let’s be clear, the only thing you need to do in order to sound authoritative on social media is to begin a sentence with, “Let’s be clear.” In reality, we are learning today — from the FDA — that the Pfizer vaccine confers strong protection within 10 days of the first shot. This is exceptionally good news. The second dose, however, is still crucial, as it provides long-term immunity.