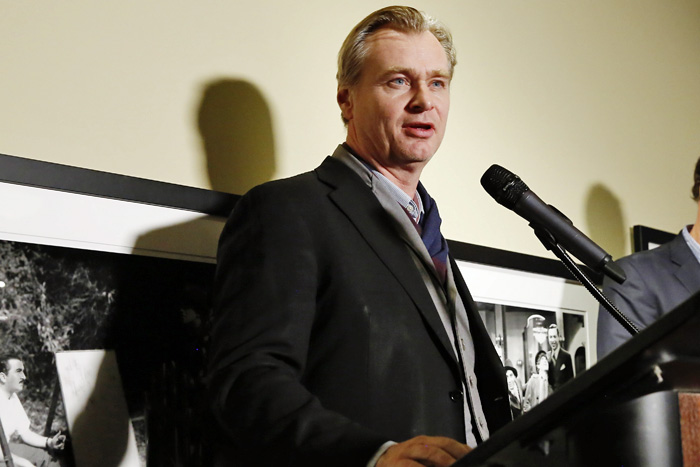 When Warner Bros. announced its game-changing decision to stream all of its 2021 films on HBO Max, Christopher Nolan got hilariously dragged on Twitter for his insistence on releasing Tenet during a goddamn pandemic, arguably causing the near-total destruction of theaters. That said, his criticism of how WB handled this latest move is not wrong. From all accounts, it sure seems like the studio made the decision without informing anyone, and understandably, filmmakers and stars are pissed. There are even rumors that this latest move could sever Nolan’s working relationship with WB, and judging by his surprisingly candid remarks, there could be some truth to that. (Entertainment Tonight)

Netflix will not be adding a disclaimer to The Crown, thank you. (Lainey Gossip)

Olivia Jade is going to be on Red Table Talk. … Why though? (Dlisted)

if he doesn’t say “finger lickin good” i will riot https://t.co/dhBqkLN5vn

Black firefighters say lack of promotions and rampant use of racial slurs embody the culture of Kansas City Fire Department. (The Root)

Matthew McConaughey farted out a bunch of stupid “both sides should get along” bullshit, and this is when I remember that he famously didn’t understand a single word Rust Cohle said on True Detective. (Page Six)

Jax Taylor has been fired from Vanderpump Rules, so there’s a name you no longer to have to think about ever again. (Variety)

In 200 years when there’s another global pandemic, people will reference how Dolly Parton released an album, a movie, a book, and a statement supporting Black Lives Matter all while bankrolling the first stage of vaccine research.

From Dustin: The cure has been here all along, and yet no one would have imagined approving the emergency use of a vaccine before massive testing, even though we did approve the emergency use of other drugs, including hydroxychloroquine, which was weird. (Intelligencer)

From Roxana: Riz Ahmed shares the punk transformation playlist he used to get hyped for Sound of Metal, and no surprise, It Is Good. (GQ)

From Kristy: I’m a little disappointed to learn the COVID-19 vaccine won’t make me glow in the dark. (MEL Magazine)

Hans Rosling’s Factfulness gave Wanderlustful a thought that has helped her withstand the despair of the news cycle, "just because something is bad doesn’t mean it isn’t also getting better." Rosling, a Swedish physician, wanted people to let go of outdated ideas by looking at data and statistics. Is there a fact that makes you feel better about the world? (Cannonball Read 12)

Here’s Amy Schumer parodying crazy sex pest wine lady Melissa Carone, and the third video is definitely the best. Not sure why she didn’t just make one, but I’m also a dinosaur who refuses to use Instagram, so what do I know?

← 5 Shows After Dark: 'Nurses' Premiere on NBC, 'I Can See Your Voice' on Fox | In Defense of the Trump Administration's Vaccine Contract with Pfizer →