Today is June 16th, 2020. It has been three months and five days since Tom and Rita Day. Surely, we’ve got it under control by now, right?

Look at these numbers. These numbers are for yesterday, and these are the states with the most new infections. 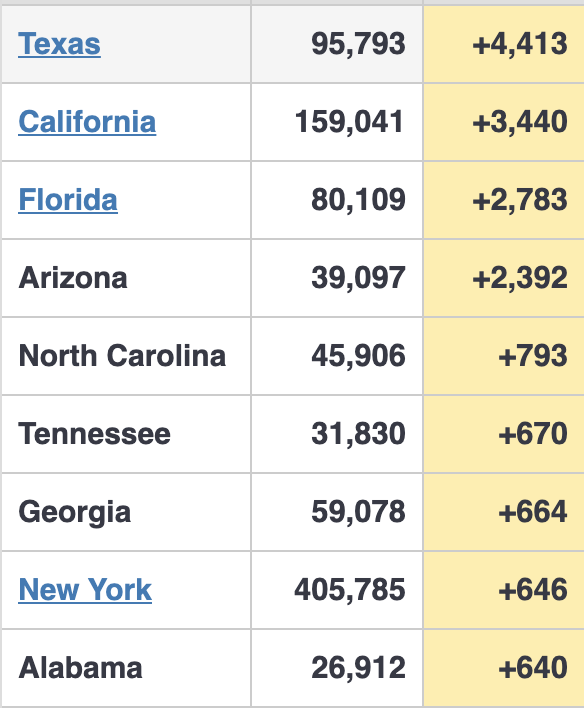 Those numbers are not good, and as you can see, with the exception of California, the infections are moving into Red States, many of which were the first to open and most of which have been the laxest about social distancing and masks. While the curve is flattening — or has flattened — in much of the rest of the country, places like Texas, Florida, and Arizona are seeing number rise precipitously. Here’s Texas and Florida: 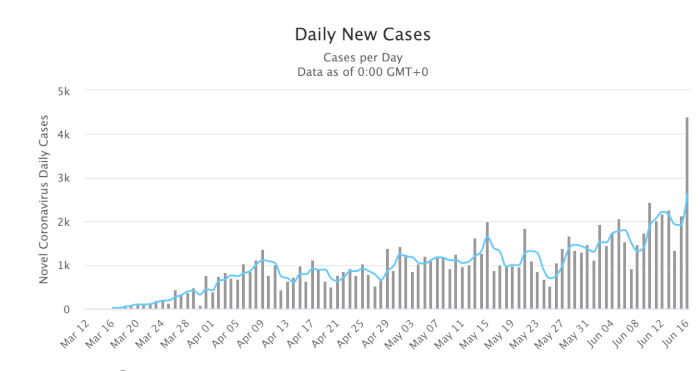 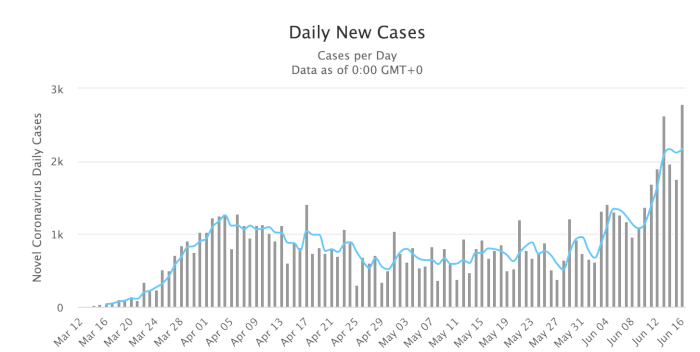 Thanks to Red States — remember those states that were like, ‘F**k the Blue States, let them go bankrupt!” a couple of months ago — the overall infection rate in the United States is flat because they were like, “Eh. It’s New York! It’s the Northeast! It’ll never come for us.” Well, it came for them, and because they refused to heed the lessons learned by the Northeast and the West Coast, the infection numbers in the United States have remained relatively flat since May 1st. 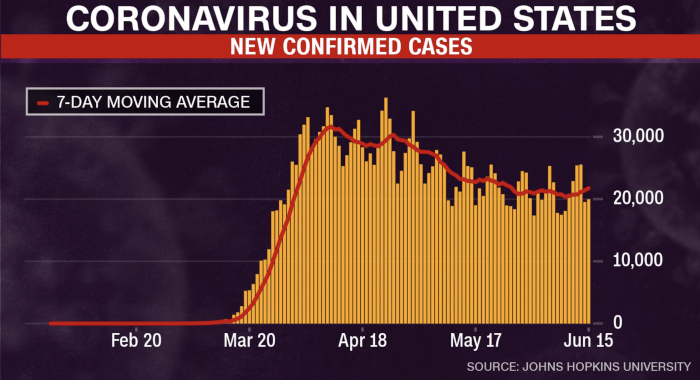 And, as Dr. Sanjay Gupta notes, this is what flattening the curve looks like. 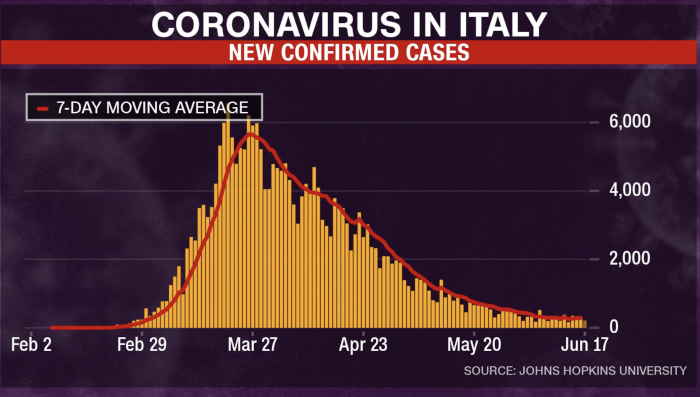 Meanwhile, here’s how Oklahoma is trending.

That is before Trump’s rally this Saturday, where 20,000 people will cram into an indoor rally, while up to 40,000 more people will be seated in the overflow area next door. You think they wear masks in Oklahoma? Hell no! Masks are for p**sies.


(I know I gave Bill Burr sh*t the other day, but this is good, though it doesn’t change my opinion of Burr).

Meanwhile, look how this asshole and his cowboy hat, military uniform wearing tough guys are out there modeling for the rest of the nation.

At today’s signing of an executive order for police reform, White House officials were seen standing closely together and talking without masks - including President Trump (17/24) pic.twitter.com/4zM7H2E9RJ

You know what is manly, you toxic masculine motherf**kers? Saving lives. You know what the best way to save lives is? Stay six feet away, wash your dirty-ass hands, and wear a mask. It’s not for you, you dumbass. It’s for everyone else.

A recent study published in The Lancet emphasized the importance of masks - There’s a 17.4% chance of transmission if you don’t wear a mask or N95, but only a 3.1% chance if you wear a mask. (18/24)https://t.co/v0UswfGDts

Also, to the many selfish assholes who apparently don’t care enough about the wellbeing of those around them to suffer the minor inconvenience of wearing a mask, the least you can do is not give those of us who do wear a mask for your protection dirty looks like there is something wrong with us for giving a damn about you.

One last thing: WEARING IT ON YOUR CHIN DOESN’T COUNT.