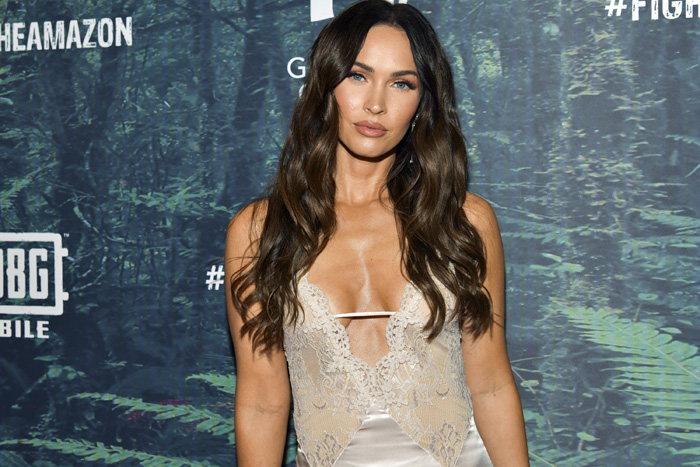 Prince Andrew wants an “olive branch” from the Department for Justice if they expect him to cooperate with its Jeffrey Epstein investigation. (Lainey Gossip)

Megan Fox definitely saw the pics of Brian Austin Green with Courtney Stodden, and sure, I guess this will show him? Maybe. (Dlisted)

Wow, what a surprise. The Atlanta cop who killed Rayshard Brooks was previously reprimanded for excessive force with a firearm. Not just regular excessive force, but with a gun. It’s almost like these killings can be easily prevented by firing bad cops as soon as they show you they’re bad. (The Root)

Here are some petty excerpts from that new book about Melania Trump and how she dealt with Ivanka trying to become the First Lady, which frankly, sounds like a sweet deal. Melania gets to stay in New York while Ivanka gets pawed by freakishly small hands? C’mon. (Celebitchy)

So far, data shows that the George Floyd protests have not caused a COVID-19 spike in NYC. Probably because most protesters are wearing masks. (New York Post)

And with that information in mind, here’s Meghan McCain saying it’s not fair that Black Lives Matter protesters are being praised, but gun-humping mayo hordes were chastised for coughing in people’s faces while demanding Applebee’s reopen. (The Daily Beast)

That is way too many hours to spend on DCEU Movies. Jesus Christ. (Atom Insider)

Not sure if an interview where Tom Sandoval from Vanderpump Rules talks about his “extra brand of masculinity” is what anyone needs right now, but here it is in case it lightens your day. (GQ)

THE KING OF STATEN ISLAND (2020) pic.twitter.com/B9oPOpXWi5

Paul Schrader is sad that Spike Lee gave into the “PC lynch mob” by apologizing for his Woody Allen comments. Oh, Christ… (The Playlist)

Republicans in my home state of PA pulled this exact shit where an infected congressman had the virus yet refused to wear a mask, and it will never stop being infuriating. (Business Insider)

Jomidi was first impressed with the gorgeous cover of Natasha Pulley’s The Watchmaker of Filigree Street. Fortunately the inside matched the outside, and the book was a good read. "I love that this book defies genres. It is equal parts mystery, historical fiction, and steampunk." Do you judge a book by its cover? (Cannonball Read 12)

We’re already halfway through #PrideMonth! If your pup is wearing rainbow or simply loves more than anything else, send us a pic using #PrideMonthPuppo for a chance to be featured! 🌈🐕 pic.twitter.com/CsINKE4Win