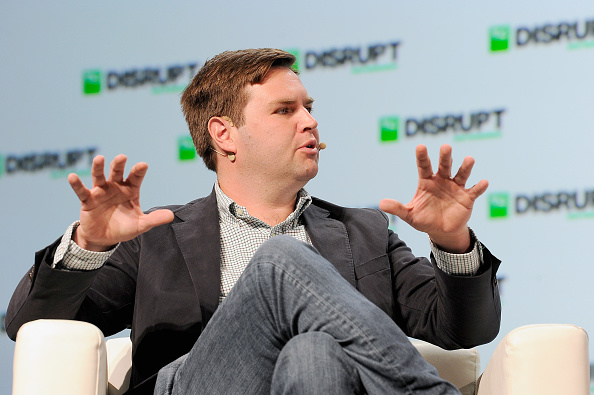 From One Hick to Another: J.D. Vance's 'Hillbilly Elegy' is Bad

This week, a man named Jamil Jivani, who says that he was J.D. Vance’s best friend at Yale Law School, claimed that the J.D. Vance — once inexplicably respected among even some liberals — finally turned against the “elites” after reviews came in for Ron Howard’s film based upon Vance’s book, Hillbilly Elegy. The book was well received by the likes of The New York Times and The Washington Post for the way that it excavated the problems white-working class Americans must confront. The movie, however, was not well regarded, with at least one critic calling it “two hours of cringe” (It me! It me!). Those reviews, alas, were the “last straw” for Vance.

When Hillbilly Elegy debuted back in 2016, a number of people recommended it to me, saying that it reminded them of me, which I found flattering … until I read the book. Let me go on record as saying that not only is the movie bad, but the book is bad, too, and it is the leading contributor to the badness of the movie. The book is boring, for one. I am not one to play misery Olympics, but relative to much of white-working class America, Vance’s upbringing is not particularly extraordinary. I had expected something akin to a redneck version of Augusten Burrough’s Running with Scissors, but mostly it read to me like a memoir where its author thought he was better than his bumpkin family and had to quit them to propel himself. It’s very Ayn Randian — Vance’s epiphany comes when he realizes he has to put himself and his future ahead of his family because they are a lost cause. While I ain’t too mad at that — I am also mostly estranged from my family for different reasons — the way that Vance spoke about the white working class in his town did capture their struggles but also read as awfully goddamn elitist.

Ironically, although maybe not as someone running as a Trumpian Senate candidate in Ohio, Vance blamed with white working-class for their own problems. Basically, to him, it boiled down to laziness. A lack of ambition. An unwillingness to work crappy jobs and pull themselves up by their bootstraps. It’s typical of people who escape their lots to indict those who are unable to pull off the same feat. Even as Vance writes that the odds were statistically stacked against him, he still blamed others for not defying those odds. Vance seemed to argue that poor white folks would have been better off taking backbreaking minimum wage jobs with little opportunity for advancement than taking from the government dole.

It reads as kind of … elitist. Also, boring, in case I didn’t mention it. It’s spectacularly boring. The man has no sense of humor and little talent for storytelling. However, like the aggrieved Trump voters he is courting, he is very good at crying “Woe is me,” which is all the more ironic for someone who graduated from Yale Law and worked in venture capital for Peter goddamn Thiel. Like Trump, he claims he is fighting for the white working class. What they both insist, however, is that the white working-class fight for themselves because the government ain’t gonna do sh*t for them because they’re too preoccupied with ensuring that those who escape poverty keep as much of their taxable income as possible. He is exactly the kind of guy who believes that giving the homeless man a lecture instead of $1 will benefit him far more.

“I believe we hillbillies are the toughest goddamned people on this earth,” Vance wrote in his memoir. “But are we tough enough to look ourselves in the mirror and admit that our conduct harms our children? … There is no government that can fix these problems for us … I don’t know what the answer is precisely, but I know it starts when we stop blaming Obama or Bush or faceless companies and ask ourselves what we can do to make things better.”

That’s interesting for a guy who is now running a Trumpian campaign based on grievances and blame while no doubt accepting millions in political contributions from those faceless companies.


← Everybody Loves Rocco ... Except Elmo, That Is | 'The Daily Show' Offers An Update On January 6th Insurrectionists →