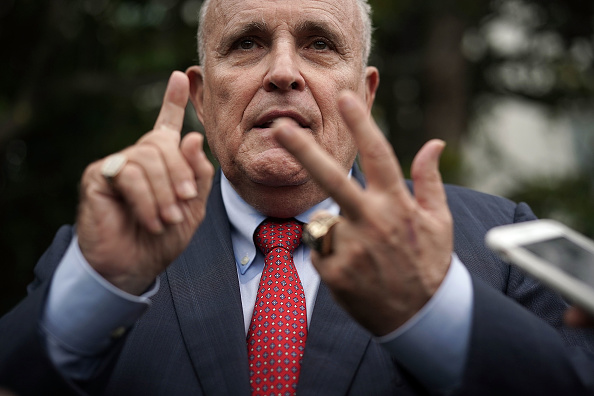 12:33 — Here’s the clip of Trump’s last interaction with Stahl before walking out.

Has anyone tried to step inside Trump’s addled mind and figure out why he’d leak a damaging interview where he looks like a whiny weakling on the morning of the last debate?

Meanwhile, why does this creep me out?

Trump does that weird thing where he uses both hands to drink a glass of water pic.twitter.com/5swKiHmXIE

12:00 — I think with 12 days to go, we should stop calling them Trumpdates. It’s not all about Trump. There’s another guy in this race, too. His name is Joe Biden. He’s a good guy. Here he is visiting Parkland survivors:

This is so powerful. Please amplify. https://t.co/R2Q3ttev4N

Speaking of Biden, he’s crushing it in Virginia right now, which will help those down-ballot candidates, too. Meanwhile, here’s Biden on 60 Minutes trying to play politics by not playing politics with the Supreme Court, which I don’t hate. In theory, I am against court-packing. In practice, pack. the. fucking. court. It’s the only way to compensate for the court packing engaged in by the Republicans, as well as the 8 years they stole from us in the Electoral College.

Joe Biden sounds so Fucking smart compared to Donald Trump. Also he DIDN’T storm out of the interview and then harass the journalist for the next four days.
pic.twitter.com/2e6SKPbHWb

Meanwhile, here’s Donald Trump on his 60 Minutes appearance, set to air this Sunday.

I will soon be giving a first in television history full, unedited preview of the vicious attempted “takeout” interview of me by Lesley Stahl of @60Minutes. Watch her constant interruptions & anger. Compare my full, flowing and “magnificently brilliant” answers to their “Q’s”. https://t.co/L3szccGamP

Trump stormed out of his interview yesterday after 45 minutes and did not return. He did release the unedited footage this morning. This is how it began:

How the raw 60 Minutes tape posted by Trump begins:

The final debate is tonight, and ahead of it, Trump has been attacking the moderator Kristen Welker all week. Mics will be cut off during the two-minute answer sessions, so we might actually get to hear some uninterrupted answers.

Finally, here’s Rudy this morning — in a now-deleted tweet — referring to Borat as a real person.

You can delete this all you want but I still have a screenshot of you talking about Borat like he’s real pic.twitter.com/EyUwrh6dWY

I saw the movie. I saw what Giuliani did. Like a corpse fondling itself. It kept me awake last night. Haunted by the image. *shudders*


← Good For Her: Lily Allen Launches Sex Toy Collaboration And Wants Us All To Have a Great Time! | Samantha Bee Brings You An Election Losers Club →