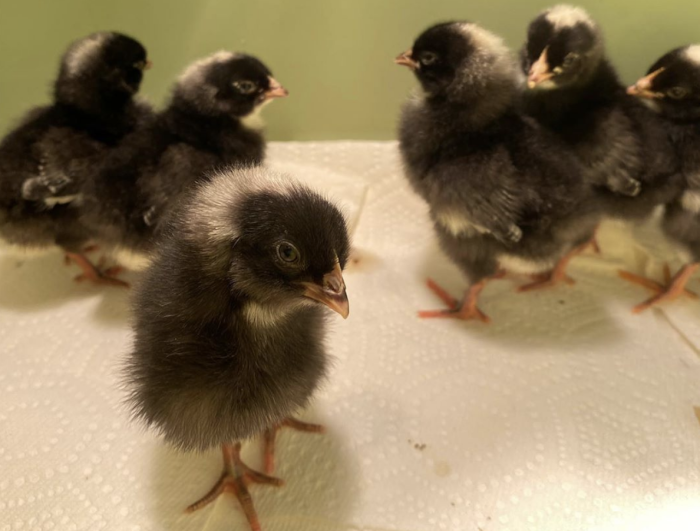 Donald Trump Has Baby Chicken Blood On His Hands

Like a lot of folks during this pandemic, my family became backyard-chicken people. We came about it honestly — or my wife did, anyway. She was raised without electricity or indoor plumbing by back-to-landers who either produced all their own food or bartered for it. Now we live in a farmhouse, and during the pandemic, she’s sought comfort in recreating some of the lifestyle of her youth. We have wood stoves, and chickens, and she got a f**king loom, people, and enough flour and yeast to keep us in challah until Kamala Harris’ second term. If city ordinances allowed for sheep, we’d probably have those, too. For a few weeks, we even hung laundry up on a clothesline, people, and there is nothing romantic about that, like it looks in the movies. The towels are all crusty and the clothes dry unevenly. I am not cut out for the dystopia.

But we did get chickens, and when my wife ordered them, the thing that surprised me the most was that they came in the mail. They put a dozen chicks in a small box with a little food and water, and they shipped them to us (those are them, pictured above). Ours were delayed one day, as I recall, which made my wife very nervous, but when she got to the post office to pick them up, she could hear the chicks in the back. “I can hear my chicks,” she had told the postal worker, and that postal worker told her that it wasn’t just her chicks — there were dozens of orders of chicks, and they all came in at the same time. You could hear them through the post office.

But what happens when the President of the United States starts to sabotage the postal system in an effort to suppress the vote and undermine the election results? Mail gets delayed. That’s what happens. Veterans do not get their checks on time. Folks do not get their medication on time. And baby chicks die. From The Portland Press Herald:

Last week Pauline Henderson was shocked when she picked up a shipment of what was supposed to be 800 live chicks from her post office in New Sharon.

Henderson, who owns and operates Pine Tree Poultry, a family farm and chicken meat processing facility that specializes in chicken pot pies, said all 800 chicks sent from a hatchery in Pennsylvania were dead …

She said thousands of birds that moved through the Postal Service’s processing center in Shrewsbury, Massachusetts, all met the same fate, affecting several farms in Maine and New Hampshire.

Thousands of baby chicks died, and thousands more will probably die, which not only affects farmers around the nation, but BABY CHICKENS WILL DIE. Do you have any idea how cute baby chicks are?

Donald Trump is a monster.