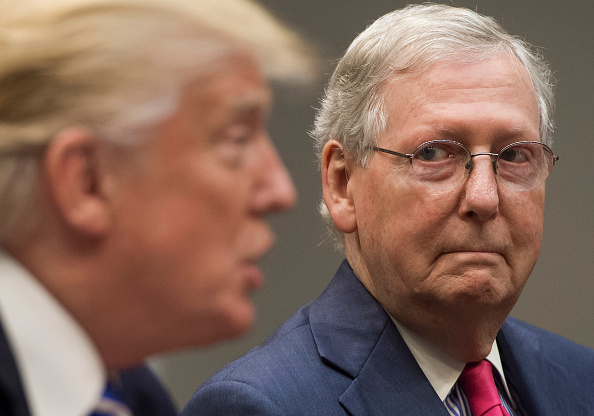 COVID Relief Talks Are Pitting Essential Workers Against the Unemployed

The economic situation in America is dire right now. The virus is out of control; there are scattered shutdowns across the country; schools/childcare is a nightmare right now; we’re adding to the unemployment numbers instead of seeing them slow; and people are worried about their financial situation, their job security; and their ability to pay their mortgages. Debt is rising, and anxiety is back up to where it was around the summer. Only 9 percent of Americans say their mental health improved in the last week, the worst figure since August.

And yet, while every other civilized country in the world is providing financial assistance to its citizens, we’re just not doing that in America currently. Our politicians couldn’t come to an agreement before the election, and then punted until after the election thinking that the political dynamics would shift. While we do have a new incoming President, the politics of a stimulus bill haven’t actually shifted that much, but for the fact that we need it much more than we did two months ago. Enhanced unemployment benefits are going to run out for a lot of people at the beginning of the year; eviction moratoriums may end; small business (and especially restaurants) aren’t going to make it through the winter without help; all that PPP money is gone, and — oh by the way — 2,500 people are dying a day, while more than 200,000 new infections are being added.

The good news, however, is that there is bipartisan consensus in Congress for a relief package that will help. It’s pretty basic: Additional PPP money, more money for schools, money to facilitate vaccine distribution, money to extend eviction moratoriums, and most importantly, perhaps, money to continue enhanced unemployment benefits.

… except maybe not. The White House and Steve Mnuchin have gotten involved, and that’s never a good idea, and they have an alternate proposal, and how’s this: No enhanced unemployment benefits, but $600 stimulus checks to every individual (plus $600 for each child).

It’s easy to see this as an excuse to send another check with Trump’s name to every American on his way out, and maybe that’s exactly what it is to Trump. But I can also tell you that there’s some real friction between unemployed low-income workers and low-income employees who work but who might be better off collecting unemployment benefits, especially those low-income workers who also have to figure out child care. At this point, with enhanced benefits, unemployment pays around $10 an hour, and that’s as good as minimum wage in some places and better than minimum wage for those who also have to pay for childcare. So there are a lot of minimum wage workers who are wondering why unemployed people continue to get enhanced benefits while they get nothing for continuing to put their lives at risk to work as essential workers in grocery stores, Amazon warehouses, in restaurants, or as delivery drivers. Those people are wondering why they don’t get a little extra scratch for sacrificing their lives, while a lot of low-income workers earn the same amount for staying at home, where it’s safe.

And this is why representatives from both sides of the spectrum — Bernie Sanders on the Democratic side, Josh Hawley on the Republican side — won’t approve of the bill without direct payments, although they probably have different ideological reasons: Bernie for socialist reasons (everyone deserves a bigger piece of the pie), and Hawley for Republican reasons (it’s not fair that poor people get more money and middle-class families do not!).

Obviously, the real answer is: Do both: Enhanced unemployment benefits and direct payments. And maybe that’s where we end up because Trump is apparently willing to go up to $2,000 in direct payments (again, with his name on the check, so ego!), but Republicans have unfortunately decided to become fiscal conservative, deficit hawks again, which they only do when Democrats are in power. It’s unclear how any of this will shake out, but time is running out. The House has approved a stopgap measure to avert a government shutdown until December 18th, by which time Congress will basically have to have a relief package in place or we end the year with no COVID relief and a government shutdown.

It would be the most fitting 2020 ending ever.