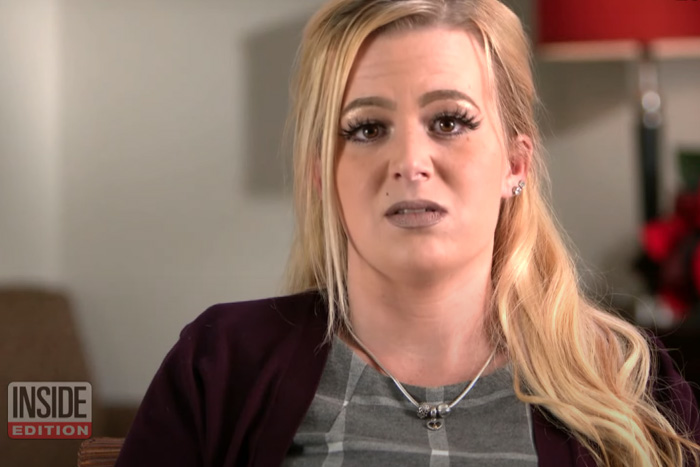 To capitalize on her viral fame, Melissa Carone sat down for an interview with Inside Edition, where she swears she wasn’t drunk while testifying during Rudy Giuliani’s batshit hearing. She also reveals, to no one’s surprise, that she is not quarantining despite both Giuliani and Jenna Ellis testing positive for COVID-19. All three were unmasked and sitting next to each other during the hearing, but in Carone’s defense, only Ellis was present for Rudy farting. Twice. (Daily Beast)

As I mentioned yesterday, the situation with Warner Bros. pushing its films onto HBO Max is not going great, and Legendary Pictures could be the first of many lawsuits to come. Bottom Line: It’s increasingly starting to look like WB’s motives were not about public safety and “the fans” as much as pleasing antsy investors. (Lainey Gossip)

Gammy giving Olivia Jade side-eye the whole time is the only reason to watch her Red Table Talk interview. (Dlisted)

CNN found a man on the street in London, Martin Kenyon, age 91, who was one of the first people in the world to receive the coronavirus vaccine.

“Well, there’s no point in dying now when I’ve lived this long, is there?” pic.twitter.com/WajmeKbyoq

Rita Ora got caught throwing a birthday party with over 30 guests after claiming it was just going to be her and her parents. (Celebitchy)

For Plex, Petr poured his heart out in tribute to one of the greatest video game protagonists of all time. (Plex)

Cast Jada as a villainous stepmother in a Christmas movie challenge pic.twitter.com/gTqLcTcymA

Viggo Mortensen calls Green Book criticisms a “load of bullshit,” so not to be petty, but did I not say the other day last month that our boy Aragorn has become problematic? Pretty sure I said that. (IndieWire)

Gwen Stefani is trying to make sure her wedding to Blake Shelton doesn’t turn into a “COVID situation.” Probably a good idea! (People)

Lindsay Ellis dropped a great video on why the concept of Borat hits so hard in 2020 and how the sequel is a vast improvement over the first in every way possible. (YouTube)

Fablespeak wrote her first Cannonball Read review of Stephen King’s Misery. She had watched the movie and did not find it scary, but the book terrified her. "Even though physical Annie cannot hurt Paul anymore, the effects of his captivity while under the strict control of this mad woman have created a lingering ghost that will never let Paul be." Which villain was scarier in the book compared to the movie? (Cannonball Read 12)

← 5 Shows After Dark: '40 Years a Prisoner' on HBO, 'Big Sky' on ABC | COVID Relief Talks Are Pitting Essential Workers Against the Unemployed →