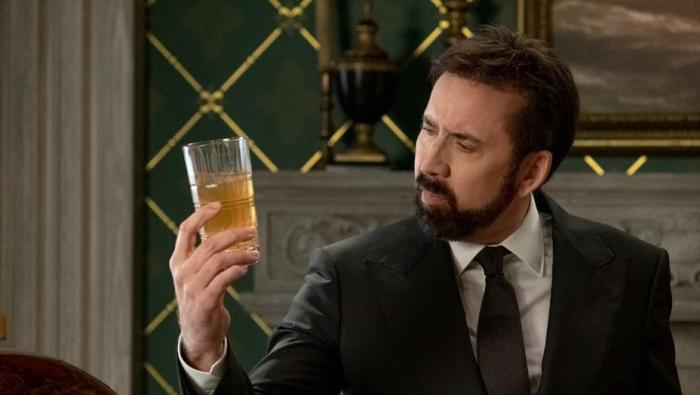 Nicolas Cage Will Ring In The New Year With A F*&$!

2021 is already cooler, thanks to Nicolas Cage. The Academy-Award winning actor, who has given us a panoply of incredible performances, will now be channeling all that intensity into a new history show for Netflix. And it’s all about cursing.

THR reports History of Swear Words will offer six 20-minute episodes, each focusing on the origins of a time-honored curse word. Specifically, Cage and company will share the source of words like “f*ck,” “sh*t,” “b*tch,” “d*ck,” “p*ssy” and “d*mn.”

This is the third streaming production that Cage has taken on recently. He’s also slated to star as Joe Exotic in Amazon’s Tiger King project, and he’s lending his enthusiastic voice to Hellfire, in which he’ll play a dragon, chilling in the swamps of Louisiana. However, History of Swear Words is set to hit first!

This all sounds awesome. But, Netflix, you had me at “Nicolas Cage.”

← COVID Relief Talks Are Pitting Essential Workers Against the Unemployed | 'Your Honor' Premieres, 'Big Mouth' Returns, And More 'The Mandalorian' On Podjiba! →