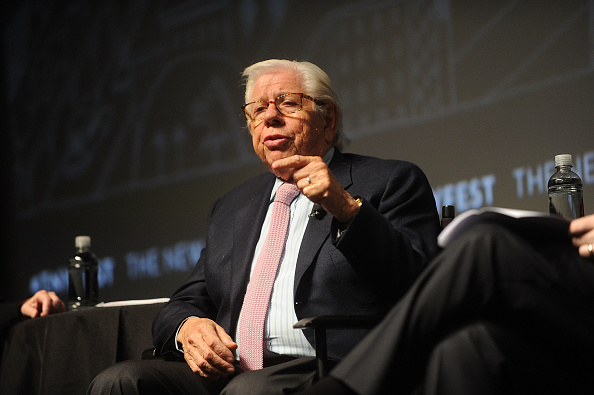 I do not know who is worse: Republicans who gleefully support Donald Trump without reservation, or those Republicans who secretly loathe Donald Trump but publicly express support for him for purely political reasons (i.e., to save their own asses). Carl Bernstein (of Woodward and Bernstein fame) tweeted this out last night, and it’s rather interesting:

You know, on the one hand, at least these Republicans aren’t dumb and oblivious as we might have thought they were, but on the other hand, what Bernstein said:

With few exceptions, their craven public silence has helped enable Trump’s most grievous conduct—including undermining and discrediting the US the electoral system.

Cowards, and there is a level of moral bankruptcy in keeping quiet to save your political skin. And yet, the GOP is littered with out-of-office Republicans who stood up to Trump. You know what happens when you do not provide sufficient support for Dear Leader? From the Daily Mail: 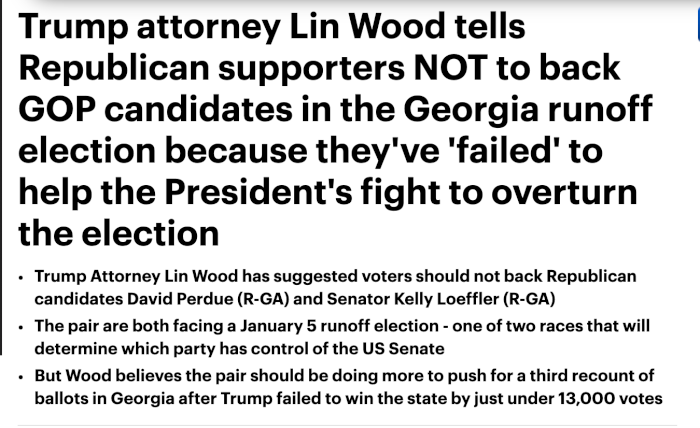 Obviously, the Republicans made their bed, but I am guessing a lot of them want him gone as much as the rest of us do, but none are brave enough to stand up to Trump. Here’s the goddamn kicker: It wouldn’t matter if they did. With some exception (Romney, Sasse, Collins, Murkowski), it would end their political careers, and wouldn’t put a dent in Trump’s base and it’s not like we’re gonna come around on the Republicans who stand up to Trump (I applaud Jeff Flake for standing up to Trump, which basically cost him his political career, but also: He’s still a Republican). There are not many folks on the right who any of us can say, “I disagree with their politics, but I appreciate their courage” (Evan McMullin, maybe Adam Kinzinger?).

It’s a no-win situation; you either have principles or you have a job. Senate Republicans have made their choice.

Did you notice who is not on that list? Besides Mitch McConnell (who loathes Donald Trump, but finds him to be a very useful idiot)? Ted Cruz. Again, the human urine stain isn’t even among those Senate Republicans who secretly despise Trump. What an immensely horrible human being.