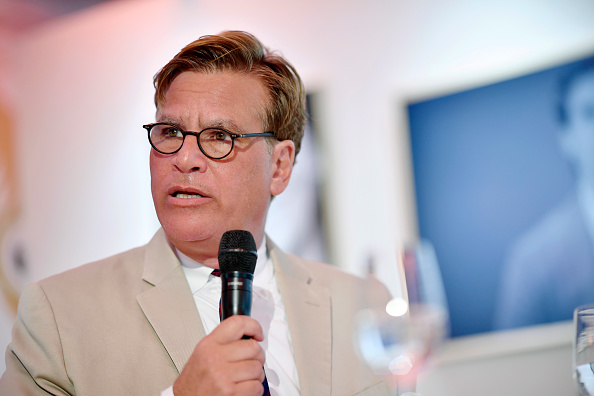 Aaron Sorkin Is Right About Facebook, But It's Not the Whole Story

Aaron Sorkin — the screenwriter of the Facebook origins movie, The Social Network — penned a letter to Mark Zuckerberg today in the NYTimes about Facebook’s policy allowing lies to be disseminated in political ads. The messenger here, Sorkin, is not a particularly popular person — he can be arrogant, condescending, and lack self-awareness — but like much of what Sorkin writes, he’s not wrong (even if the delivery is obnoxious).

“Right now, on your website, is an ad claiming that Joe Biden gave the Ukrainian attorney general a billion dollars not to investigate his son. Every square inch of that is a lie and it’s under your logo,” Sorkin writes. “That’s not defending free speech, Mark, that’s assaulting truth.”

“You and I want speech protections to make sure no one gets imprisoned or killed for saying or writing something unpopular,” he continues. “Not to ensure that lies have unfettered access to the American electorate.”

Sorkin even gets off a decent zinger in his closing:

Most people don’t have the resources to employ a battalion of fact checkers. Nonetheless, while testifying before a congressional committee two weeks ago, Representative Alexandria Ocasio-Cortez asked you the following: “Do you see a potential problem here with a complete lack of fact-checking on political advertisements?” Then, when she pushed you further, asking you if Facebook would or would not take down lies, you answered: “Congresswoman, in most cases, in a democracy, I believe people should be able to see for themselves what politicians they may or may not vote for are saying and judge their character for themselves.”

Now you tell me. If I’d known you felt that way, I’d have had the Winklevoss twins invent Facebook.

The thing is, Sorkin couldn’t have gotten away with having the Winklevoss twins invent Facebook, because it’s a lie, and he’d get sued for defamation, and as Sorkin notes in the piece, he fact-checked The Social Network within an inch of its life to ensure they would not get sued.

Still, aside from Zuckerberg’s moral and ethical objections to Facebook’s policy on political ads, fewer people seem to be taking issue with the fac that Zuckerberg is — in effect — picking sides. Since the midterms, Trump has spent over $21 million on Facebook and Google ads (mostly Facebook). It’s the cornerstone of his reelection campaign, which is why Brad Pascale — a Facebook ads wiz — is his campaign manager. On the week of September 30th alone, Trump flooded Facebook with over 1,8000 Facebook ads opposing his impeachment. Aside from his Twitter feed, Facebook is Trump’s biggest political weapon.

But why don’t the Democrats compete with Trump on Facebook? Well, that’s the thing. Facebook policies and its ecosystem are inherently tilted in favor of Republicans and Republican messaging. The statistics back up what common sense tells us, that provocative and angry posts generate the most clicks. Facebook is fueled by fear and outrage. This is where the Republicans live. Add Facebook sanctioned lies, and the fact that the fastest growing demo on Facebook is over 65 (who are more likely to vote Republican) and that young people (who are more likely to vote Democrat) have moved to other social networks, and what you have is essentially the most powerful arm of the Trump reelection campaign.

Zuckerberg knows that, and he also knows how much money Trump and other Republicans will be flooding Facebook coffers with. He also knows that anodyne policy-and-unity oriented Democratic messaging is largely ineffective on Facebook. Elizabeth Warren “has a plan,” but nobody clicks on posts about student debt and healthcare plans. They click and share posts that say that Joe Biden gave the Ukrainian attorney general $1 billion to drop an investigation against Hunter Biden. They’ll click and share ads that say that Bernie Sanders is close to death’s door (as they did with similar ads about Hillary). They’ll click and share ads that say Elizabeth Warren’s campaign is being funded by ISIS and George Soros, a claim that the Trump campaign will undoubtedly push should she win the nomination.

It’s bad enough that Trump and the White House have state-run television in Fox News, but the most powerful social network on the planet has demonstrably tilted the scales in favor of Republicans with this policy. Maybe the Democrats can figure out a way to counteract Trump messaging, but I don’t see how they do it without getting into the same sewer pit as Trump by promoting lies, and doing so with less money and infrastructure. Again, it’s another instance where Trump uses the decency of Democrats against them. In fact, he counts on it.

Of course, Zuckerberg sees no problem with another four years of Trump. It’s four more years in which Facebook will not be regulated, four more years in which it can operate unencumbered. He wants Trump to win, because while another four years of Trump is bad for America, it is undoubtedly good for Mark Zuckerberg. That’s exactly why we need a Democrat like Elizabeth Warren who can ensure that someone like Mark Zuckerberg doesn’t have enough power to tilt a presidential election. Facebook’s policy on political ads is bad, but it’s bad in a specific way that favors Donald Trump.