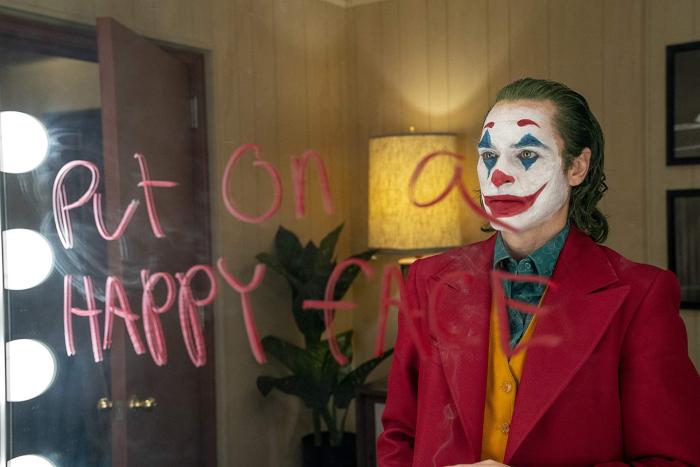 Cooking for yourself can be a pain, especially when it’s just for yourself. So maybe you rely on take-out/delivery. Maybe you lean onto easy-to-make meals like mac-and-cheese. Maybe you give a meal-prep subscription service a go. Just don’t do what this guy over at Reddit did.

From the AM I THE ASSHOLE section of Reddit:

I’m a 31 year old single guy who lives alone in an apartment complex. I’ve lived there for 6 years. My neighbor across the hall, a woman around my age or a little younger (I actually don’t know her first name but I’ll call her Katie) lives across the hall from me diagonally and has for about 2 years. We exchange hellos but aren’t friendly, which is how it is with most of my neighbors.

So I don’t know how to cook, and due to losing one of my part time gigs, I don’t have as much money for takeout anymore. I’m getting really sick of eating cheap fast food or box mac and cheese. I’m gaining weight and I never feel great.

This is where Katie comes in. I can always smell her cooking in the hall and it always smells amazing (I know it isn’t the other person at our end of our hall cause it’s a single old man). I’ve even complimented it a few times. So I got the idea that I’d offer to give her some money each week to cook a little extra and bring it over to me (or I can pick it up from her!) at night. She’s cooking anyway and then I’d have varied presumably delicious food.

I asked her the next time I saw her and she looked surprised and said she couldn’t because she was too busy (which didn’t make sense cause she cooks almost every day but okay). The next time I saw her a few days later, I asked her if she was sure and upped the amount I was offering, and she said she was sure and that it was rude to ask me, and that she isn’t a housekeeper for hire and I should get a housekeeper if that’s what I want. She also called me ‘a stranger’ even though we have talked in the halls before.

Overall she made me feel like a big jerk and really embarrassed for even asking her, and a little mad because she was acting like I was being creepy (I wasn’t, trust me, she isn’t my type). I think asking her to split cooking wasn’t completely outlandish, since she cooks every day anyway and it wouldn’t be hard to make a little more.

For everyone in my mentions asking why he doesn't learn to cook, he says in the comments that his plan is to work more and get a girlfriend who will cook for him. So that should tell you everything you need to know.

HE DOESN'T EVEN KNOW HER NAME pic.twitter.com/2mo4JOdjU0

In the comments it becomes clear that he was offering her $5 PER MEAL. pic.twitter.com/rblHV48bWS

I thought I died when he said "that's where 'Katie' comes in" but I was just in shock.

"She isn't my type" killed me dead.

There’s so much wrong here. Including this bit about, I’m not creepy because she’s not my type. As if creepiness is dependent on the dude’s perspective of whether he’s interested in her or not.

This angers me on a visceral level. The idea that it wouldn’t be hard to “cook a little extra” is just…. this man doesn’t understand how cooking works. The labor of buying and transporting extra groceries, prepping, cooking, and interacting with this man? For $5? Wow

"Overall she made me feel like a big jerk." pic.twitter.com/zbpfCNmbKM

The consensus was a lot of people could connect to the desire of craving what your neighbor is cooking—especially in apartment buildings, where there are close quarters, home cooking envy is real! But most were horrified at the boundaries this 31-year-old man crossed with complete unawareness. He repeatedly approached a woman whose name he does not know to ask her to tend to him and his needs for a fee so low it showed no respect for her time, work, or talent. Then he insisted it’s not a “creepy” thing to intrude upon her life and privacy in this way because he’s not sexually attracted to her. Is he the asshole? The consensus was hell yes he is!

You’re clearly making her extremely uncomfortable. You’ve caused her to feel like she has to walk on eggshells when leaving and entering her own home, because a strange man down the hall keeps insisting that she… cook for him? What the f*ck? Hell, she might even feel like you’re monitoring her movement in and out of the apartment in order to ambush her about cooking for you, which will obviously creep her the f*ck out and make her feel uncomfortable in her own home.

Following a flood of responses, there’s been some good news in the form of an update from the Original Poster, who has seen the error of his ways:

EDIT: Okay. It is abundantly clear that I was the asshole and asking her was inappropriate and, as much as I hate to admit it, creepy. My instinct is to apologize to her but since my instinct was to ask her in the first place, I’ll do the opposite and stay out of her hair. Thanks.

Honestly, props to him. The initial post is troubling for all the reasons above outlined. However, his missteps came from a place of ignorance to his own entitlement and blindspots. His post sparked others pointing out those blindspots, though sometimes in language so rough that it spurred calls for civility in the Reddit thread. It’s hard to have the Internet rise up to tell you that you’re wrong. But it can be an opportunity to self-evaluate and grow. It seems this guy is striving to do that, which is about as happy ending as we could hope for.

← Was It Appropriate to Chant 'Lock Him Up' At the President? | Aaron Sorkin Is Right About Facebook, But It's Not the Whole Story →