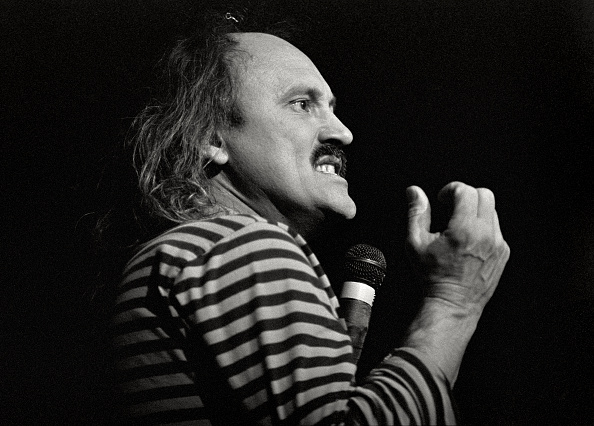 HI! Good to see y’all again! When I said I was taking a break, I didn’t really plan for it to be for twoish years. Don’t fret, though! Your old buddy Mike is still doing the weekday Pajiba Loves; I’m just popping in for the weekend Love! With that said, let’s get started.

Cate Blanchett has to set alarms all the time to remember things. Same, girl. Saaaame. - (Celebitchy)

After 13 years, it’s hard to imagine my life without Diane Lockhart to look forward to. The character was so very good on The Good Wife but she was emmereffing amazing on The Good Fight. Christine Baranski imbued her with such personality and verve, she made her a living, breathing real person. - (LAT)

After the passing of Gallagher yesterday, Marc Maron reposted his interview with the comedian, which “went sideways pretty quickly” before Gallagher stormed out of the hotel room. “This one’s a unique interview because it’s really the first time where a guest has died and, frankly, might not want this episode remembered.” (WTF)

I adore the color yellow but wearing it makes me look like I have a serious liver condition. Emily Blunt, on the other hand, looks like a ray of bright sunshine! - (Lainey)

Jason Momoa doing the carpets for Slumberland in his PJs is pretty cute, but this coat? I yearn for this coat! - (GFY)

With 6 weeks until Christmas (is that right? Excuse me, I need to go do some shopping!) I found this Best Gifts for Teens list to be helpful and also a little confusing. The kids want cameras with film in them now? - (Teen Vogue)

Despite the headline, Elizabeth Hurley has kind and complimentary words about Mathew Perry - (Vanity Fair)

If it weren’t for Oprah having a “get your sh*t together” meeting with Jamie Foxx, who knows how his film career/life could have gone? - (Shadow and Act)

We’ve written a lot about Twitter and Musk in the past couple of weeks. This is a really interesting piece about the Twitter takeover timeline (alliteration!) - (NYT)

“The Age of Social Media Is Ending. It never should have begun.” - (The Atlantic)

Being single can be hard enough without exes playing you and then dumb names for that. “Winter coating” is not about clothing or a special layer of something you put on your car. - (PopSugar)

Leah Remini spills some deets about a likely connection between $cientology, a retired LAPD captain, and Les Moonves. - (Jezebel)

This video is from last week, so you may have already seen it. It won’t kill you to see it again. Probably. It’s just so damn cute I have to share it. I HAVE TO.

Have a lovely rest of your weekend and we’ll meet back here next week, okay? OK!


← In a Nutshell, What Exactly Is 'Manifest' About? | Episode 10 Recap: 'Andor' Delivered a Jailbreak and One Helluva Shoe Drop →