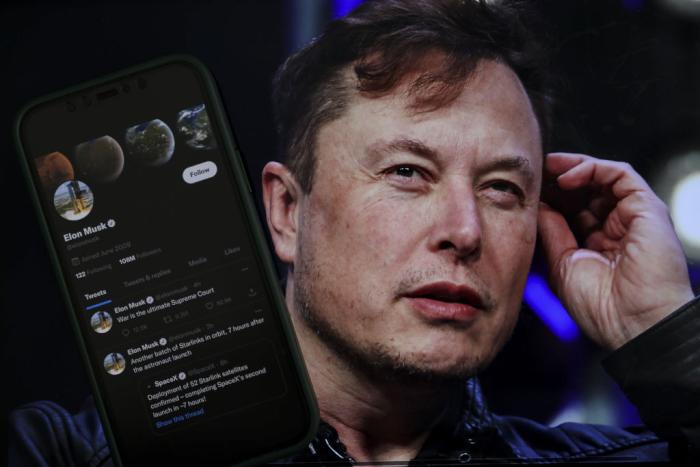 Elon Musk has been in control of Twitter for two weeks now, during which time he’s fired half the staff, alienated most of his advertisers, and rolled out a “verification” system that verifies nothing. Musk’s justification for it was to level the field between the “lords” and “peasants,” but users can actually click on the blue checkmarks and see if they are legit or if they are paid, and if they are paid? They will get shamed:

This meme had me 💀 pic.twitter.com/K9i7VQ1fVY


The blue checkmark means nothing.


Ultimately, it seems like the only people who are paying $8 for a blue check are scammers, impersonators, and pranksters. On the first day of the Twitter Blue rollout, I saw accounts impersonating LeBron James requesting a trade, Adam Schefter announcing that the Raiders had fired their coach, George. W. Bush and Tony Blair reminiscing about killing Iraqis, and a middle-finger Mario under an account claiming to be Nintendo for America.


You have to click on it to see, but here Elon is actually bragging about the fact that he got $8 from this scam account, like he’s pulled the wool over the troll’s eyes.


"Mr. Musk, we got $48 from accounts pretending to be Nintendo, but they caused actual Nintendo to withdraw advertising losing us $50,000."

Even Elon appears to have been tricked. He thinks this is all hilarious and that it will quickly blow over.

Doing great sir we love you sir but also is everything okay and should we be worried? Okay if so! pic.twitter.com/2TR3agMK4x

Twitter Blue is not going to be a winning strategy for Musk. He cannot pay down $1 billion in interest in $8 increments. He must know that because he’s considering other ideas, as well. Like, for instance:


Morale in the offices is about to tank even further because Musk has banned work from home, effective immediately, even though Twitter had previously established a permanent work-from-anywhere arrangement for employees. Musk also warned employees of “difficult times ahead.” I feel bad for Twitter employees who previously had wonderful, well-paid work-from-home gigs who are now either unemployed or work for a tyrant because one guy with a huge ego thought he could do it better. He’s losing employees now, some of them very important. These are not the people you want to resign.

“All of this is extremely dangerous for our users,” the message says. “Given that the FTC can (and will!) fine Twitter BILLIONS of dollars pursuant to the FTC Consent Order, extremely detrimental to Twitter’s longevity as a platform. Our users deserve so much better than this.”


I've made the hard decision to leave Twitter. I've had the opportunity to work with amazing people and I'm so proud of the privacy, security, and IT teams and the work we've done.

I'm looking forward to figuring out what's next, starting with my reviews for @USENIXSecurity 😁

I genuinely do not want Twitter to fail because I find it useful — how else would we know every single Elon f**k up in real-time? I just hope Elon realizes soon that he’s out of his depth and sells it to someone else at a deep, deep discount, otherwise Elon Musk is going to lose a fortune (yay!) and destroy a valuable social network for journalists, writers, artists, comedians, and many other professionals.