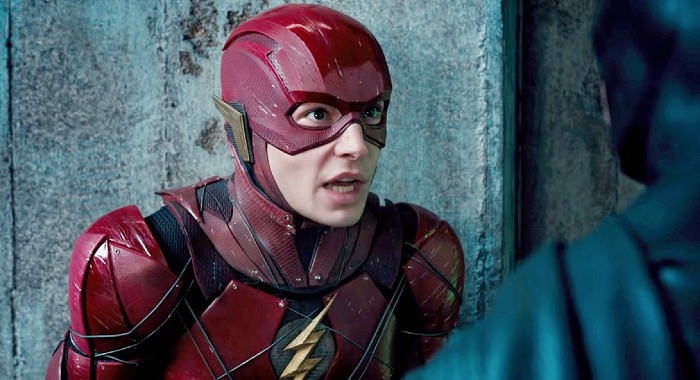 Just when it seems like the Ezra Miller situation can’t get any worse — Haha, remember when Warner Bros. actually thought they’d lie low? Ah, the other week… — the actor reportedly posted memes taunting authorities who have been trying to serve Miller with court papers after Tokata Iron Eyes’ parents were granted a protective order. The Flash star has since deleted their Instagram account, but as everyone knows, the internet is forever. Now, I’m no big city lawyer, but I’m going to assume making a mockery of the courts usually doesn’t end well. Meanwhile, Warner Bros. is apparently still hoping this whole thing will blow over because the studio hasn’t said a freaking word since the grooming allegations broke. Keep sticking that head in the sand. It’s going great! (The Direct)

Jennifer Lopez’s Netflix documentary, Halftime, asks us to revisit how we made her a punchline despite her hard work. (Lainey Gossip)

Tyler Perry says he wasn’t comforting Will Smith at the Oscars. He was “de-escalating” the situation. (Celebitchy)

Chris Evans: Homophobic #Lightyear Critics Are ‘Idiots’ Who Will ‘Die Off Like Dinosaurs’ https://t.co/Ocp5C0qy7M

From Andrew: Even in this terrible timeline there are glimpses of absolute wonder to behold. (Twitter)

From Claude: For real, stay safe and cool out there folks. (Vice)

From Roxana: The three-day return to office is, so far, a dud. (Curbed)

omfg. Alleged Patriot Front member Jared Michael Boyce’s mom kicked him out of her house after he got arrested and unmasked over the weekend in Idaho — and now she’s doing media interviews. https://t.co/t5m4jEzPS4

Even Maisie Williams was surprised by her straight sex scene in Game of Thrones because that wasn’t the vibe she was getting from Arya. (IndieWire)

Damn, Paul Reiser is showing up in every kickass streaming show. (Deadline)

"Just in case anyone was wondering, this book is unashamedly and extremely queer." Malin’s quibbles about Alexis Hall’s Something Fabulous are not related to its queerness, she loved that. It was the very dramatic sister that made it a 4.5 star read. What are your favorite books to recommend during Pride Month? (Cannonball Read 14)

The actress and comedian opens up about love, loss and using her larger-than-life characters as a shield: https://t.co/J1jCgYfRmh pic.twitter.com/AvdYnFYfZC

← After Being Fired from 'Alias,' Coke-Addicted Bradley Cooper Attributes Life Change to Will Arnett | Jerrod Carmichael on Dave Chappelle: 'I'm Tired of Hearing It' →