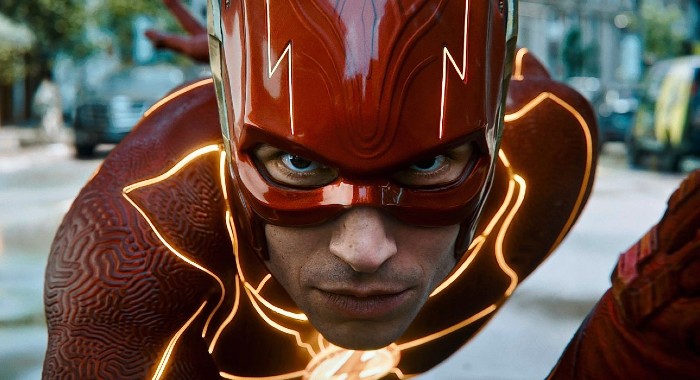 Last week, there was a big write-up in Variety about how Warner Bros. is still feeling comfortable keeping Ezra Miller in The Flash because a. it would be way too expensive to replace them and b. they seemed to be laying low after a set of assault allegations that, honestly, should not be swept under the rug. Well, so much for that laying low part. According to a damning new report, Miller has allegedly been grooming an 18-year-old for the past six years, and the teen’s parents have sought a court order to keep Miller away from their child who is also non-binary and has allegedly been seen with bruises from the actor. Yup, that movie ain’t happening. (TMZ)

Cole Sprouse put his naked butt on main, and Twitter has thoughts. (Dlisted)

Yeah maybe sites like IMDb and rotten tomatoes should actually do something instead of the old “what can you do, the bots have a voice too” bullshit https://t.co/HfUtu6ob0O

From Andrew: Kevin Conroy’s coming out story is DC’s most important comic in years. (ScreenRant)

Elon Musk wants data? Twitter is going to hose him with data. (Gizmodo)

Please stop asking Brian Cox to tell you to “F*ck off.” (IndieWire)

Chace Crawford reveals why his bulge was edited out of 'The Boys' https://t.co/Rc5zCMrl90 pic.twitter.com/WAjmbKOHKL

Seriously, NBC, you couldn’t have picked a different reporter whose husband didn’t work for Johny Depp’s team? At least pretend to care how bad this looks. (Daily Beast)

TQB had intended to read and review all of Louise Erdrich’s books in order for Cannonball Read but got hung up on Tales of Burning Love. Her feelings are complicated, but she liked that, "this is a novel about women; about all the different aspects of womanhood that both fight against each other and ultimately unite." Who are your complicated favorites? (Cannonball Read 14)

imagine seeing Nandor and Guillermo from What We Do in the Shadows together at Disneyland 😍🥹 @HARVEYGUILLEN pic.twitter.com/eGDbLlP84k

← 5 Shows After Dark: 'Ms.Marvel' Premiere Disney+, 'The Janes' on HBO | We Finally Know What Jordan Peele's 'Nope' Is About →