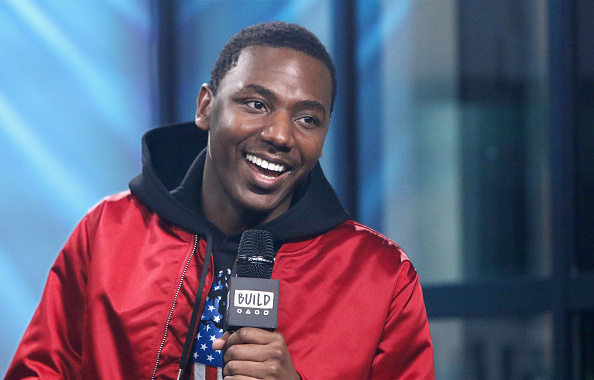 Jerrod Carmichael on Dave Chappelle: 'I'm Tired of Hearing It'

There’s an older generation of comedians who — even if they don’t traffic in transphobia — have stuck by Dave Chappelle (Jon Stewart, Bill Burr, Chris Rock, et. al), and then there’s the next generation — people like Trevor Noah and Michael Che — who are still playing both sides. Then there’s this generation of comics, people like Bo Burnham, Hannah Gadsby, and Jerrod Carmichael who might recognize the influence of Chappelle’s stand-up style on their own work, but also seem to be confident enough in themselves to say, “F**k that guy.”

Carmichael — whose HBO special Rothaniel is the best thing since Burnham’s Inside (Burnham also directed Rothaniel) — gave an interview to GQ this week, and not only does he embrace his generation (and the one younger than him), he recognizes that Chappelle is not only on the wrong side of history, but he’s tarnishing his own legacy.

Carmichael, in fact, said that after he came out in Rothaniel that the most support he got was from his 15-year-old niece who was quick to text him, “I see you. I hear you” and why would older comedians punch down at her generation for embracing others for who they are instead of making jokes at their expense? I love this generation,” he told GQ. “And f**k all those comedians that are going so hard against them.”

Specifically, Carmichael is referring to Chappelle, and he doesn’t shy away from saying so. “I’m tired of hearing it,” He said. “Chappelle, do you know what comes up when you Google your name, bro? That’s the legacy? Your legacy is a bunch of opinions on trans shit? It’s an odd hill to die on. And it’s like, hey, bro. Who the f**k are you? Who do you f**k? What do you like to do? Childish jokes aside, who the f**k are you? It’s just kind of played. But he’s choosing to die on the hill. So, alright, let him.”

As for “cancel culture” at large? It’s imaginary. It’s not real. “Who’s getting canceled for what they’ve said? What does that mean, that people are mad on Twitter? Everybody’s fine,” Carmichael said. “These grown men are fine. I think, a lot of times, people who offer nothing truthful or meaningful about themselves then complain about society at large and create this boogeyman. It’s like, listen, that’s the most urgent thing in your life? God bless you.”

Meanwhile, Carmichael says that the 48 Hours remake he was writing with the Safdie brothers failed to materialize, which is a damn shame, although he’s still exploring ideas with them.